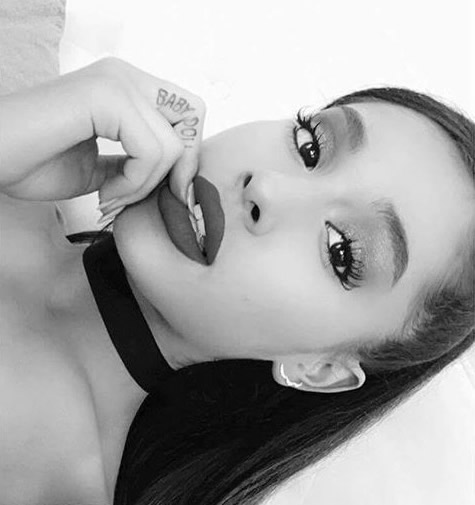 Never one to debut her fresh ink with too much fanfare, Ariana Grande discreetly revealed a new “Baby Doll” tattoo on her finger in January, and the sweet meaning behind the finger tat has only made us love the pint-sized pop star even more than we already did. Ariana Grande’s new “Baby Doll” tattoo is inked in black capital letters on the outside of the middle finger on her right hand, just opposite the “honeymoon” tattoo she had inked on the inside of that same finger in April 2015.

Tattoo number nine for Ariana Grande was revealed in a video the singer posted on Snapchat in January 2016, in which she can be seen cheekily posing with her hand in front of her mouth and a never-before-seen “Baby Doll” tattoo visible on her finger. The cute new tattoo made its rounds on Twitter and Instagram shortly after Ariana debuted the ink on Snapchat, with many people speculating that the singer was hinting at a possible new song title. In reality though, Ariana Grande’s “Baby Doll” finger tat was inked in honor of a beloved family member, much like her “Bellissima” side tattoo. 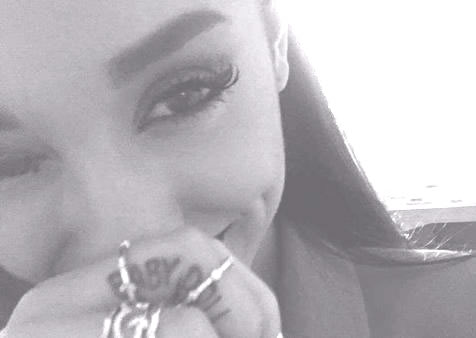 Ariana Grande is definitely a fan of tattoos featuring meaningful words or phrases, and the “Baby Doll” tattoo on her middle finger is no exception. According to reports, “Baby Doll” is the nickname her beloved Nonna uses for her. Nonna, or Marjorie Grande, is Ariana Grande’s maternal grandmother, with whom she is extremely close. In July 2014, Ariana posted a photo of herself and her maternal grandfather on Instagram, along with the caption “baby doll & ciccio,” Ariana being “baby doll” and “ciccio” being an Italian nickname for Francesco or Frank.

It was right around that same time that Ariana went under the needle for a “Bellissima” tattoo on her ribcage, which in Italian means “very beautiful,” and is the childhood nickname her grandfather, Frank Grande, called her by her entire life, until he passed away in July 2014.