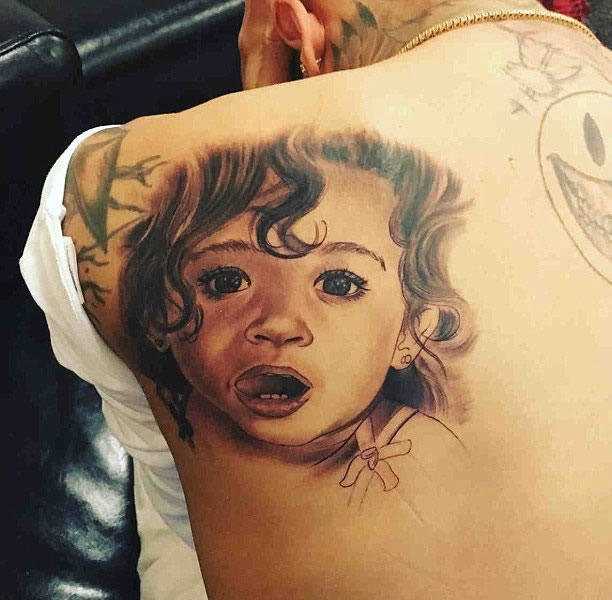 It was only a matter of time before Chris Brown decided to get a tattoo tribute dedicated to his daughter, Royalty, and, according to several photos the singer uploaded to Instagram in the early hours of Monday morning, he has finally gotten inked in her honor. On June 6, Chris Brown posted an Instagram snap of a giant tattoo inked on the left side of his back featuring a gorgeous portrait of Royalty, and another pic of himself in the tattooist’s chair. He then deleted the photos, which sparked speculation that the ink was fake, but we have a feeling Chris Brown’s Royalty portrait tattoo is the real deal!

It’s been quite some time since Chris Brown has gotten inked, his most recent tattoos being the cartoon figures he had inked on his legs last September, but it’s obvious the 27-year-old still has the tattoo bug, and doesn’t care who knows it. In the Instagram photos of his new back tattoo that Chris Brown eventually deleted, he included the caption: “I do what the f*** I want.” Being that Chris Brown’s portrait tattoo was unveiled just over a week after Royalty turned two, it’s likely that Breezy went under the needle for his daughter’s birthday.

It was just last year that Chris Brown found out he was a father, when his ex, Nia Guzman, came forward with Royalty, who was only nine months old at the time, and broke up the singer’s relationship with model Karrueche Tran. Breezy took the shocking news in stride though, and has obviously fallen in love with his daughter, announcing in August 2015 that his new album would be titled Royalty with cover artwork featuring himself holding his baby girl. Chris Brown and Nia Guzman currently have joint custody over Royalty, whose legal last name is Brown. 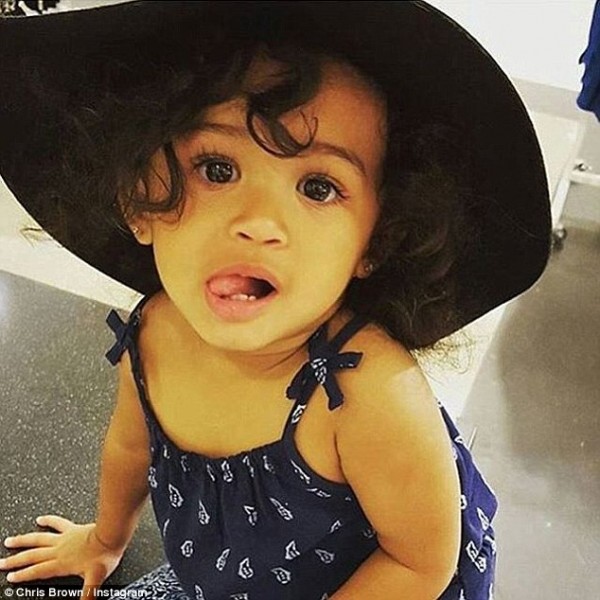 Chris Brown’s tattoo was designed after an adorable photo of Royalty sporting a wide-brimmed hat and cute little dress, in which the two-year-old is looking at the camera with her wide brown eyes and sticking her tongue into the corner of her mouth. The tattoo artist responsible for the ink did a pretty awesome job on Breezy’s portrait tattoo too, because it looks almost identical to the photo it was inspired by. Judging by the way he treats his daughter, it’s obvious that Royalty is her daddy’s little princess, and now Chris has a permanent reminder of his love for Royalty inked on his back!