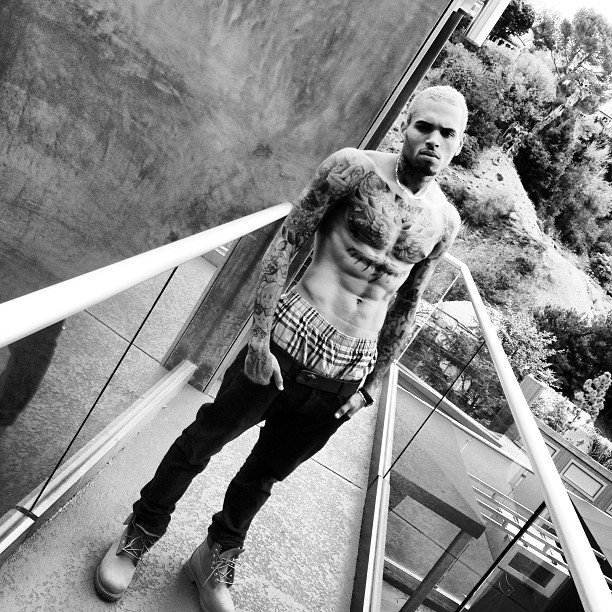 Modern-day Romeo that he is, Chris Brown recently offered on-again,-off-again girlfriend, Rihanna, what would only be described as a romantic gesture in this day and age. No, he didn’t propose to her or tell her he loves her more than life itself. He didn’t even get a new tattoo dedicated to Rihanna. He simply removed the large tattoo of former flame Karrueche Tran that he got inked on his arm just this year. We call that romantic by default. Apparently, Brown, who hasn’t removed or covered up a single one of his dozens of other tattoos, thought having his ex-girlfriend’s face inked on his arm was a mood killer, so he hit up the laser removal shop and simply had Karrueche…removed. From his arm and from his life. What a gentleman!

In January 2012, Chris Brown surprised some (but not us) by getting a large tattoo of then-girlfriend Karrueche Tran inked on the outside of his left bicep, just above his elbow. Breezy’s arm tattoo was inspired by one of the model’s photo shoots, in which she had her face painted up like a warrior and her hair all sexy and tousled in her face. Unfortunately, the image didn’t exactly translate when converted into a tattoo, and Breezy ended up with a tribute to The Ring on his arm. Although Chris Brown barely has an inch of space left on his tatted-up body, the Karrueche tat was pretty large and was definitely easily noticed by, say, Rihanna. 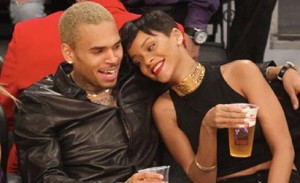 The tat of Karrueche Tran’s face isn’t the only girlfriend-inspired tattoo CB has on his body. Back in 2009, before the power couple called it quits (for good reason), RiRi and Brown got matching neck tattoos of a string of stars. Now that the duo is back together, Breezy is probably thanking his lucky stars that he didn’t have that tattoo removed when they broke up. It probably gave him a leg up, you know, making it seem like he never gave up, while also helping Rihanna to forget that he was arrested for assaulting her in 2009. Either way, Karrueche should have known she didn’t have a chance with Chris Brown when the R&B star refused to have that tell-tale stars tattoo removed from his neck. Now Karrueche is removed instead! So it goes in Hollywood, folks.