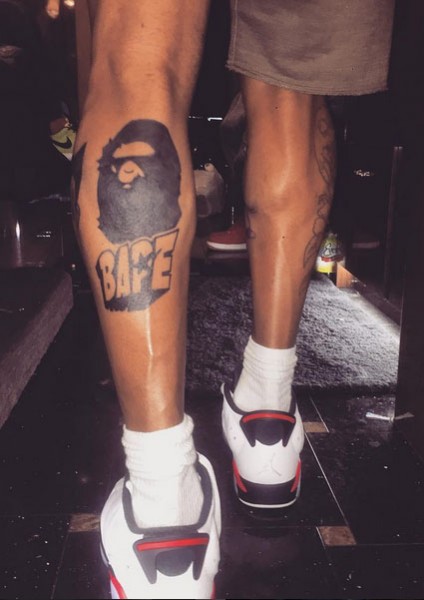 Up until now, Chris Brown’s legs have remained almost completely devoid of tattoos, even as he moved from finishing his sleeves to ink up the back of his head, but now the singer has added four new tattoos to his left leg – all tributes to what are apparently Breezy’s favorite Japanese clothing brand, as well as a few of his favorite Japanese and Chinese cartoon and video game characters. Chris Brown took to Instagram on September 3 to show off his fresh ink, posting a series of photos of his new leg tattoos, which include tributes to the Japanese manga series “Dragon Ball Z,” the Japanese video game franchise “Mega Man,” the American-Hong Kong-Chinese computer-animated action film “Astro Boy,” and Bape, or a Bathing Ape, a Japanese clothing brand that specializes in sunglasses and street wear.

We all knew that Chris Brown was a fan of anime/manga, and back in 2010, the singer expressed his love for cartoons and video games, saying that he always has to have the TV tuned into shows that create “fictional worlds.” In 2012, the singer elaborated on his love for cartoons and “fictional worlds,” admitting that he loves watching Japanese animes, and over the years, he has revealed that his favorite anime/manga series are “Dragon Ball Z” and “Astro Boy.” Although he didn’t opt for this particular tattoo (this time, at least), Chris Brown has even been spotted wearing a shirt inspired by the Japanese manga series “One Piece.” 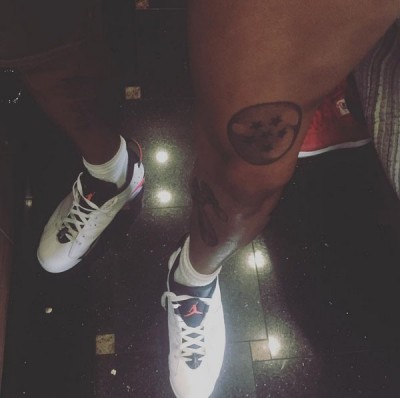 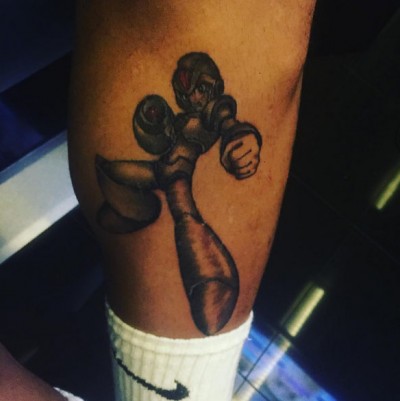 Finally, Breezy’s fourth (and probably weirdest) new tattoo features the face of an ape inked on the back of his left calf, complete with a giant beard and sunglasses, and the word “BAPE” inked in capital block letters below the ape. Apparently BAPE, or A Bathing Ape, is one of Chris Brown’s favorite clothing companies, as you’ll see from his many BAPE-related Instagram posts, and the logo of the hip-hop and R&B clothing brand is a bearded, sunglasses-wearing ape, hence the BAPE tattoo. We’re wondering if Breezy will get any compensation from A Bathing Ape for his permanent BAPE advertisement… 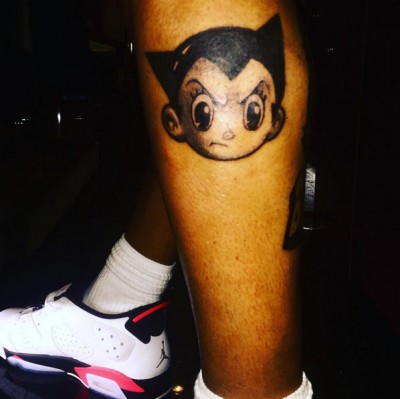 2 Responses to: Chris Brown Gets FOUR New Cartoonish Tattoos on His Legs