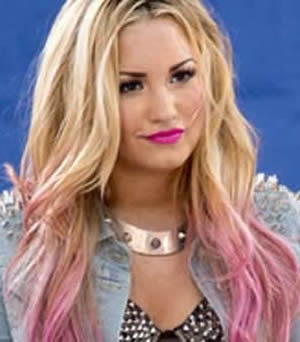 Demi Lovato is more than just a singer. She has established herself as an important role model for young individuals out there, being open and honest about her struggles and addictions in an effort to help others deal with difficulties they are facing in their own lives. In addition to Demi Lovato’s stay strong tattoo – which represents overcoming her addiction and self-harming – the 19-year-old has also taken part in an inspirational “Love is Louder” movement, released a moving MTV documentary, and bashed X-Factor contestants for being “irresponsible” in rapping about drugs. Check it out!

One of the biggest stories this week involved Demi Lovato lashing out at two X Factor contestants whose performance consisted of a rap centered around doing drugs, particularly the new designer drug being sold as bath salts. Following the performance in Greensboro, North Carolina, Demi asked the duo to leave the stage, and was backed 100% by her fellow judges and even the audience members. The 19-year-old singer, who has admitted to doing cocaine in the past, called the contestants “irresponsible” and was visibly angry about their reference to being “high on bath salts.” Demi, whose battle with drugs and addiction led to a three-month stay in a rehab facility from October 2010 to January 2011, was clearly not amused by the pair’s rap, especially since it was performed in front of kids.

Demi Lovato Stay Strong Tattoo a Message to Others

Demi Lovato’s very deliberate message to the X Factor contestants only further proves the young singer’s presence as a role model for young women and girls – a responsibility she doesn’t take lightly. Ever since she finished her treatment last year, the singer has concentrated on opening up about her past, being honest about her eating issues and depression, and helping others struggling with addiction, drugs and alcohol. At only 19, Demi Lovato is surprisingly mature and enlightened, understanding that her troubles can be translated into life-saving help for others. Demi even went so far as to get a meaningful tattoo inked on her wrists when she checked out of rehab: “Stay Strong” inked on cursive on her wrists.

Demi Says “It’s Not About Being Perfect” 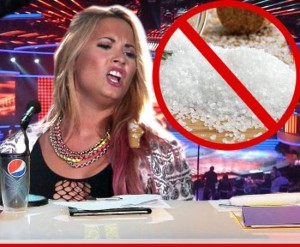 Although many see the singer as a role model and inspiration, Demi’s stay strong tattoo was actually inspired by those who supported her throughout her stay in rehab. “My fans constantly said [stay strong] the entire time I was in treatment,” Demi said, and she returned the favor by getting the mantra inked on her wrists to cover up the scars she has from years of self-harming. There are so many celebrities out there who struggle with eating issues, self-harming, drugs, alcohol, and other additions, but so few make the effort to open up about their difficulties, afraid that people won’t like what they hear. Not Demi Lovato. She sees her weaknesses as an opportunity to help others overcome the obstacles in their lives. “That’s what being a role model is about,” said the young star during an interview on Good Morning America. “It’s not about being perfect. It’s about speaking about your issues and inspiring others to get help.”

In addition to getting a stay strong tattoo, Demi Lovato also teamed up with the Jed Foundation’s “Love is Louder” movement to spread the message that “love is louder than the pressure to be perfect.” Some Demi fans have been so touched by the singer’s message that they have gotten “stay strong” and “love is louder” tattoos of their own. Demi Lovato has also worked to help people better understand bipolar disorder, a condition that she was diagnosed with during her three months of treatment. In short, Demi knows that she’s not perfect and she knows she doesn’t need to be. Check out the singer’s stay strong tattoo, “you make me beautiful” feathers tattoo, and her other tattoos that help promote this important message.