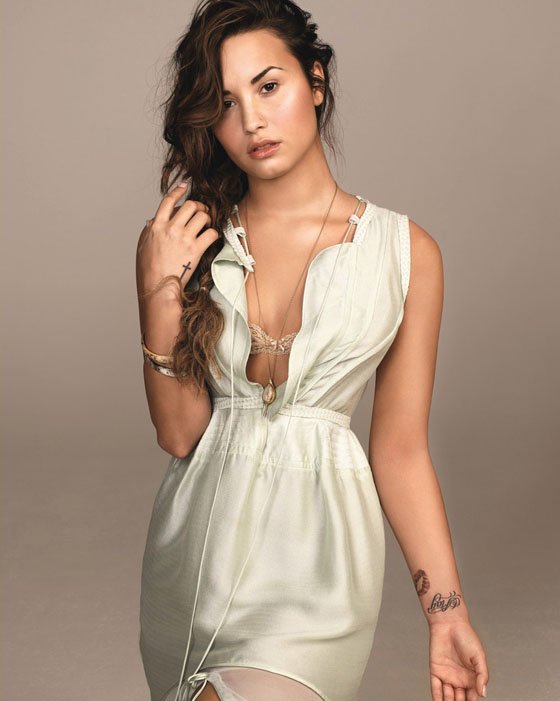 If you thought Demi Lovato was beautiful before, check out these sexy pics of the singer, courtesy of a recent Glamour photo shoot. Glamour strips Demi of the makeup, jewelry and typical celebrity accessories, and really highlights her elegant style and awesome tattoos. If you’re a fan of Demi’s tattoos, don’t miss these pics highlighting her tats and classy style!

Demi Lovato has taken out a new lease on life, and her sexy Glamour photo shoot really shows off the singer and actress’ fresh new look. Not only that, Glamour‘s classy and elegant shots highlight many of the tattoos Demi has accumulated since she was only 16 years old. Thinking that’s a little young to get a tattoo? Well, if there is any star that has experienced things in life well beyond her years, it’s Demi Lovato. At the age of 18, the singer checked into a treatment facility to deal with her bulimia and self-injury issues, and she emerged a stronger and more confident woman. Each tattoo of Demi’s tells a little bit about what she went through at such a young age, and this sexy Glamour shoot captures the spirit of her journey since.

The tattoo most known by the superstar’s fans is the Stay Strong tattoo inked on her left and right wrists. Demi’s tattoo was inked in March 2011, shortly after leaving rehab, as a reminder to herself to, as it says, stay strong throughout. Demi says of her wrist tat, “Now I am able to look at [the tattoos] and be thankful for being alive.” Another tattoo of Demi’s that represents the obstacles she has overcome in her life is the you make me beautiful tattoo on her side, which the singer got back when she was 16. According to Demi, her ribcage tattoo allows her to look in the mirror every day and remind herself that she is beautiful. 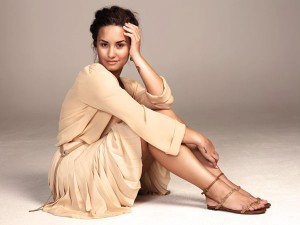 Demi’s tattoos on her wrists and side are a tribute to her life experiences, but they’re not the only tattoos the young singer has. Demi has quite a few tattoos scattered across different parts of her body, including a turquoise feather behind her ear, a pair of lips inked on her left wrist, a small cross tattoo on her right hand, “peace” and “rock n’ roll” inked on her fingers, and a faith tattoo on her right arm.

Glamour does a great job in this shoot of celebrating the star’s simple, beautiful look and her inspirational tattoos. Even though Demi Lovato has kind of a lot of tattoos for her age, she manages to ensure they remain classy and elegant, which this Glamour photo shoot demonstrates perfectly.