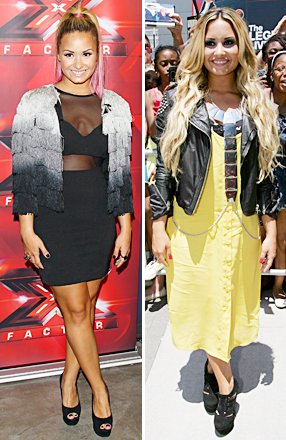 Her fabulous style and eye for the latest trends has put Demi Lovato in the spotlight yet again, this time as the potential new face for the British retailer, Topshop. If you’re a fan of Demi Lovato’s tattoos and her unique fashion sense, you’ll be happy to know that Demi may be in the process of signing on as Topshop’s celebrity spokesperson. Although Kate Moss previously modeled for Topshop, the couture clothing company has reportedly never used a celebrity to promote its brand. Lucky for Topshop though, Demi Lovato is admired by girls and women around the world, and her tattoos and fashion sense are likely to inspire some serious interest in the brand.

Demi Lovato has a truly inspired sense of style, and she may get the opportunity to share her fashion sense with the rest of the world before too long. According to sources close to the singer, Demi is involved in negotiations with the British couture clothing store called Topshop, and the 19-year-old may be set to become the cover girl for the company’s new U.S. shop, opening in The Grove, Los Angeles. Demi has proven herself to be a role model for girls of all ages – from clothing to hair, tattoos and overcoming self-esteem issues – and rocking the superstar as the new face of their U.S. branch is sure to boost Topshop’s popularity.

According to recent reports, Demi may team up with Topshop as the retailer’s new celebrity face, a role previously held by Kate Moss alone. With a unique but fashionable sense of style and some killer tattoos to her name, Demi Lovato has the potential to bring in the trend-conscious teens that may not know much about Topshop. Tons of girls around the world have opted for ink inspired by Demi Lovato’s tattoos, particularly her “Stay Strong” tattoo on her wrists, and we’re sure there are plenty more out there that are inspired by her style. As a source close to the singer said, “Demi is a huge fan of the brand, but nothing has become official quite yet.” On the other hand, “They really want Demi and she has already sat down to go over figures.” 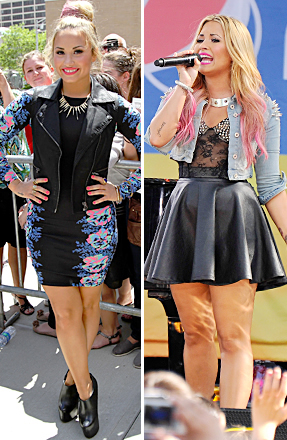 Even though Demi has been ultra busy with her upcoming album, her tour, and her role as a judge on the X Factor, no one said she couldn’t multi-task! Demi’s potential new duty as the celebrity face of Topshop was first spurred by the singer’s recent propensity to wear Topshop clothing on the show. Demi’s love for the Topshop brand of clothing isn’t the only trend that has inspired Demi fans worldwide; the singer also has quite an impression collection of tattoos that has prompted trips to the tattoo parlor by fans of all ages. The most commonly repeated tattoo of Demi Lovato’s is the “Stay Strong” tat she got inked on her wrists when she finished rehab in early 2011.

In addition to her “Stay Strong” tattoo, Demi Lovato’s recent work with the Jed Foundation’s “Love is Louder” movement has spurred quite a bit of new ink as well. Spreading the message that “love is louder than the pressure to be perfect,” Demi has taken the opportunity to help girls and women struggling with image issues overcome the difficult obstacles in their lives. During her time in rehab, many fans of Demi Lovato got tiny heart tats inked on their bodies as a tribute to the singer’s strength – the signature heart that Demi uses to dot her i’s. Other Demi-inspired ink fans have gotten recently include “love is louder” tattoos and even tats of the 19-year-old’s face.