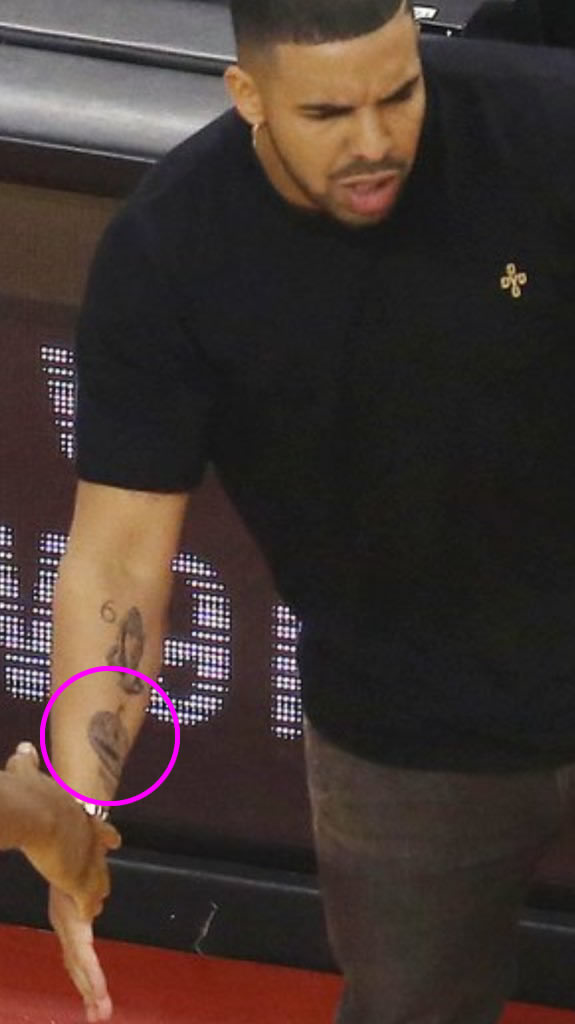 Months after getting his supposed Rihanna face tattoo, Drake was spotted with another new piece – a jack-o-lantern-style pumpkin inked on his wrist. Drake’s wrist tattoo was done sometime in May 2016, and also features a couple lines of text inked below the pumpkin, but we haven’t yet been able to make out exactly what it says.

There are plenty of rumors circulating about the meaning behind Drake’s pumpkin tattoo, inked in black and gray on the inside of his right forearm, near his wrist, and some fans are speculating that the ink is yet another nod to his record label and clothing line, Octobers Very Own. If that’s the case, Drake’s Halloween-style pumpkin tattoo wouldn’t be the first October- or OVO-inspired piece of permanent artwork the rapper has gotten. He also has an “OVO” owl tattoo inked on his back and an “Oktober Lejonhjärta” tattoo on his arm.

That’s only one interpretation of Drake’s pumpkin tat though. Other fans claim that the ink could be a tribute to Calabasas, where the rapper currently lives, and which is similar to the Spanish word for pumpkin, “calabaza.” This seems like a bit of a stretch, but when it comes to getting new tattoos, Drake almost always looks for inspiration in the people around him and the places he holds dear to his heart, like his hometown of Toronto, which is featured in at least four of his tattoos, possibly more. So it would make sense if he got a tattoo in honor of Calabasas. 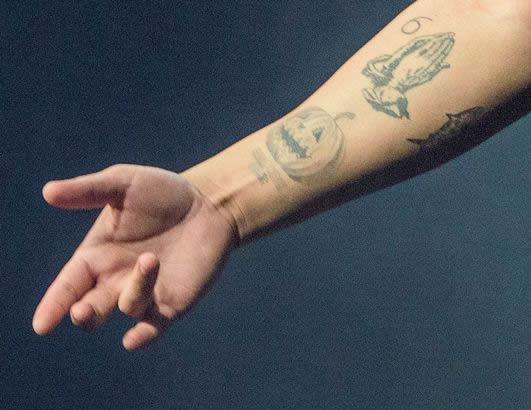 Of course, it’s also possible that Drake just really loves Halloween and the month of October in general, being that it’s his birth month and will be turning the big 3-0 this year. So, that being said, what do you think of Drake’s pumpkin tattoo? Cool or lame?