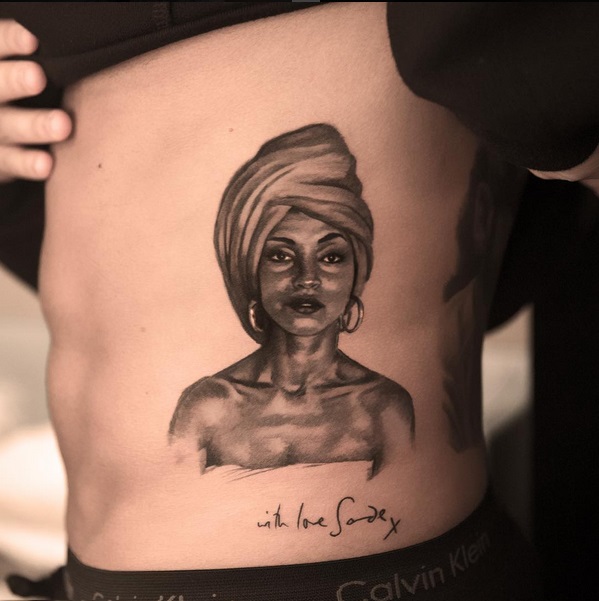 Drake has been on a bit of a tattoo spree during the past week, and in addition to fresh tattoos of a pink More Life flower, and a bottle of Drakkar Noir cologne, the rapper recently debuted some brand-new ink dedicated to 58-year-old singer/songwriter Sade. Drake and the English singer have been spotted together on quite a few occasions recently, leading to speculation that they may be dating, despite their significant age difference, and now Drake has a permanent tribute to Sade on his ribcage, in the form of a black and gray portrait tattoo, complete with a message presumably done in Sade’s handwriting: “with love Sade x.”

Swedish tattoo artist Niki Norberg has done quite a bit of work on Drake lately, inking the rapper’s pink flower tattoo and Drakkar Noir cologne bottle, and it was on Norberg’s Instagram page that this new Drake tattoo was first posted. The artist shared a photo of Drake’s tattoo on March 22, captioning the snap simply, “’with love Sade’ X.” The tattoo is inked on Drake’s left ribcage in black and gray, and is incredibly done, depicting the singer wrapped in a towel with big hoop earrings in her ears and a wrap on her head. According to a series of photos posted to Drake’s Instagram account during the past week, Sade stopped by the rapper’s show in London, and posed for photos with him backstage, which was obviously a big deal for him. 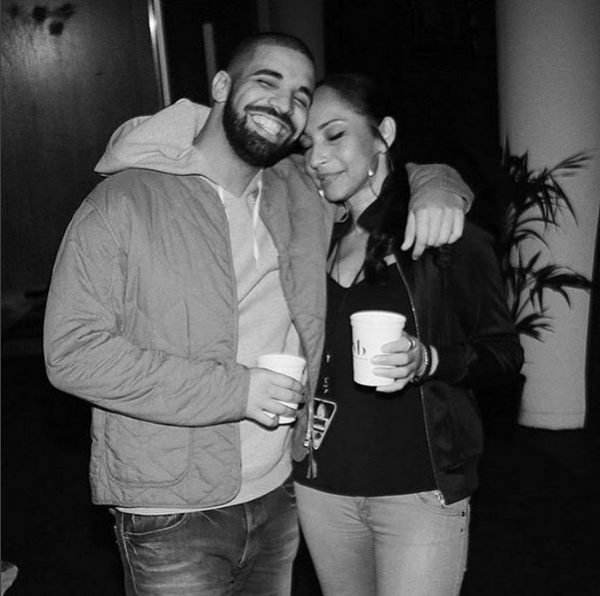 Some find Drake’s tattoo tribute to Sade sweet and touching, while others fear the rapper has crossed over into “creepy” territory with his random portrait tats. Whatever your personal feelings on Drake’s new tattoo, the rapper is getting roasted for it, almost as bad as when he first showed off the “unruly” skull tattoo on his shoulder last November. One person on Twitter even called Drake’s seemingly rash decision to tattoo a huge portrait of Sade on his side “serial killer behavior.” Okay, well, we wouldn’t go that far, but Drake is obviously a big fan of Sade, and being that the 58-year-old is famously reclusive, he now has an image of her permanently tattooed on his body that he can look at whenever he wants. 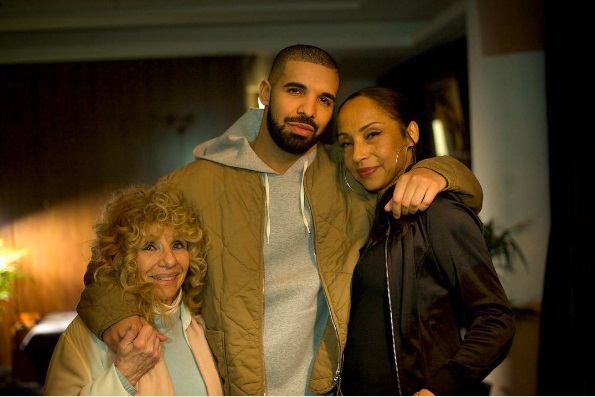 If you’re wondering how Sade feels about this very public tribute, don’t worry, the singer is in good company. Drake has a habit of immortalizing the people he holds closest to his heart in tattoos, and he is currently rocking quite a few other portrait tattoos scattered across his body, including a posthumous tribute to the late Aaliyah, a replica of his father’s mug shot, and some pretty sizeable images of his mother, uncle and grandmother. He even got a tattoo of a camouflage shark on his arm last year, matching the same tattoo Rihanna got of a stuffed animal shark Drake gave her on a date they shared at the aquarium in Toronto. So, it’s not all that surprising that Drake got a portrait tattoo of Sade, considering he thinks of her as one of “two very important ladies in my life.”

If this past week has been any indication, there may be more new Drake tattoos in the future, likely courtesy of Niki Norberg, so check back with us to stay up-to-date on the rapper’s fresh ink!