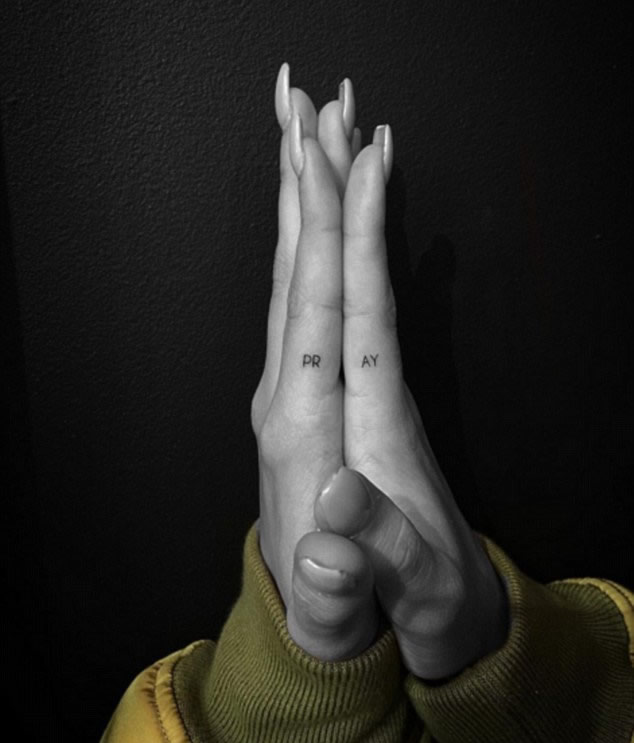 Hailey Baldwin is the new queen of tiny tats, and the 19-year-old model went back under the needle this week for another miniature tattoo, this time getting the word “PRAY” inked on her hands, a piece designed by none other than gal pal and fellow tattoo-lover, Kendall Jenner. The miniscule ink is designed in such a way that when she presses her hands together in the universal sign of prayer, the “PR” on her left-hand index finger and the “AY” on her right-hand index finger come together to read “PRAY” in a simple gray font.

This new “PRAY” ink on Hailey Baldwin’s fingers was done by celebrity tattoo artist Jon Boy, who posted a photo of the fresh tat on Instagram, along with the caption: “@haileybaldwin created by @kendalljenner tattooed by #jonboytattoo #hillsongnyc #11.” Hailey and Kendall are obviously best buds, and they even having matching broken heart tattoos inked on their middle fingers, but Kylie is the Jenner sister with the ink, racking up at least four tiny red tattoos already (and counting). To date, Kendall only has a white dot and broken heart tattooed on her fingers, but we have a feeling she’ll be getting more ink before too long.

Hailey Baldwin’s “PRAY” tattoo comes just one month after the 19-year-old had the word “gente” tattooed on her hip in honor of her Brazilian heritage, and is a similar concept to the praying hands tattoo Drake had inked on his arm back in October 2015, as a cover-up for a smaller praying hands emoji tattoo he got in September 2014. Rather than going the emoji route though, Hailey opted for a more literal representation of prayer, one that she’ll get to see and enjoy every day. Speaking of Hailey and Drake, the two have actually been rumored to be dating, so perhaps the singer inspired Hailey’s new ink! 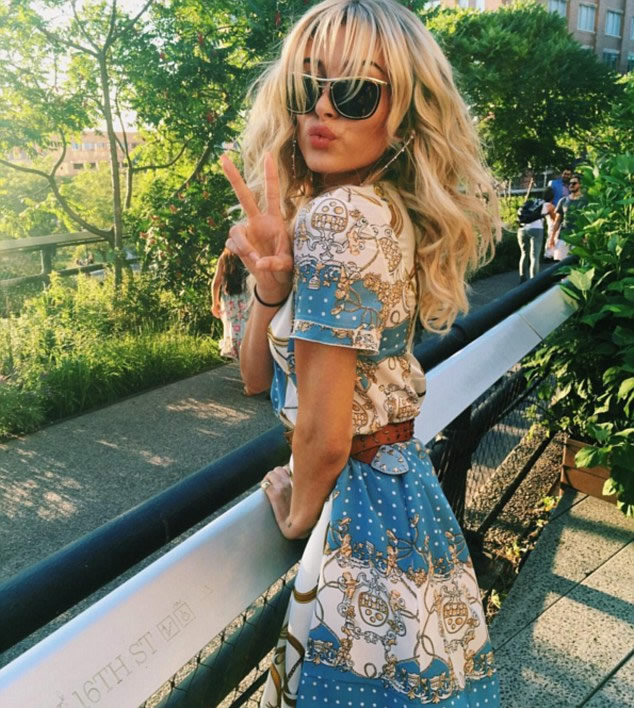 As for the meaning behind her simple “PRAY” hands tattoo, Hailey Baldwin is obviously a religious person, and she regularly attends Hillsong Church, referenced in JonBoy’s caption, a Christian church that Hailey belongs to with several of her famous friends, including Justin Bieber and Kendall Jenner. Earlier this week, the model uploaded a quote to Instagram that reads, “Don’t let the past dictate who God wants you to be today and who you are called to be in the future.” What do you all think of Hailey’s religious “PRAY” tattoo on her fingers??