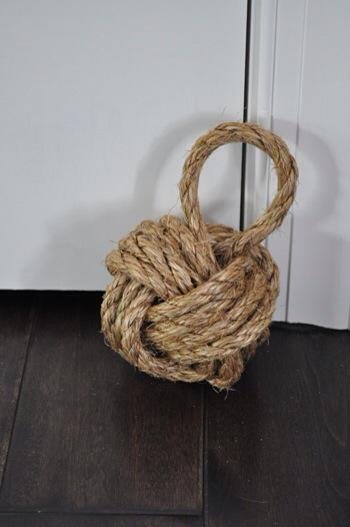 Harry Styles has been big on the nautical tattoos lately, and we have a feeling that mysterious tattoo the One Direction hunk recently got inked on his thigh may be an image of a “monkey fist” – a type of ancient knot used by sailors and mariners aboard their ships. The monkey’s fist, or paw, so named because it looks somewhat like a bunched up fist or paw, is a strong, durable knot that some sailors used in the past as a hand-to-hand weapon, but was more often used as an anchor or weight. Take a look at Harry Styles’ tattoo on his upper left thigh and you’ll see that the ink looks an awful lot like this ancient nautical knot!

It’s obvious that Harry Styles is a big fan of tattoos, and while the singer is known for his tiny, seemingly random ink, he has been leaning towards larger, more meaningful pieces lately, many of which are nautical in theme. One of the first was the image of two swallows Harry had inked on his chest in November 2012, followed by the large ship tat that came about while Harry was dating Taylor Swift. Then, in January 2014, Harry covered up his “I can’t change” wrist tattoo with a cool anchor, and in the year since, he has added several other nautical-themed tats to his collection, including a tattoo of a mermaid on the outside of his left forearm and what appears to be this thigh tattoo of a sailor’s monkey knot. 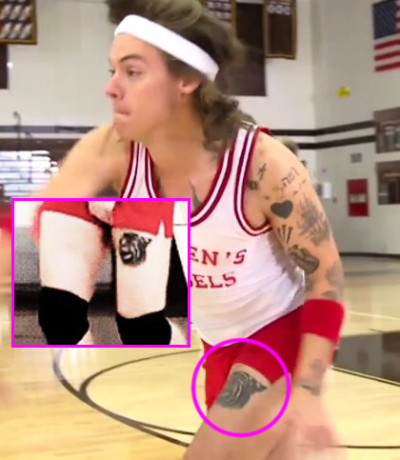 In the days of the ancient sailor, the monkey fist knot was made with one continuous piece of ¾” halyard rope and a cannon ball, and was used as a weighted fob to propel a ship’s tie-down lines to a dock, or to bring two neighboring ships closer together. In some cases, the monkey fist was used to rescue someone who had fallen overboard, when the wind prevented the ship from turning around or when the water was too cold for the victim to grasp onto a regular rope. For this reason, the nautical knot is often seen as a symbol of a lifeline to a close friend – something or someone to hold on to when times get tough.

The durable, weighted monkey’s fist had plenty of practical applications in the past, and while the sailor’s knot remains useful for skydivers, mariners and rock climbers, as a weight or anchor, it also has some more abstract or ornamental meanings in today’s world. For example, some people see the monkey knot as a symbol of solidarity or a lifelong connection to a friend, which could apply to Harry Styles’ membership in One Direction, his close friendship with Louis Tomlinson, or his connection with Zayn Malik, who unexpectedly left One Direction earlier this year to pursue a solo career. What do you all think is the meaning behind Harry Styles’ monkey knot tattoo??

A Special thanks to PST fan Aimee Reider for helping us out in identifying this tattoo!!

One Response to: Harry Styles’ Secret Thigh Tattoo Might Just Be a Sailor’s Monkey Knot…