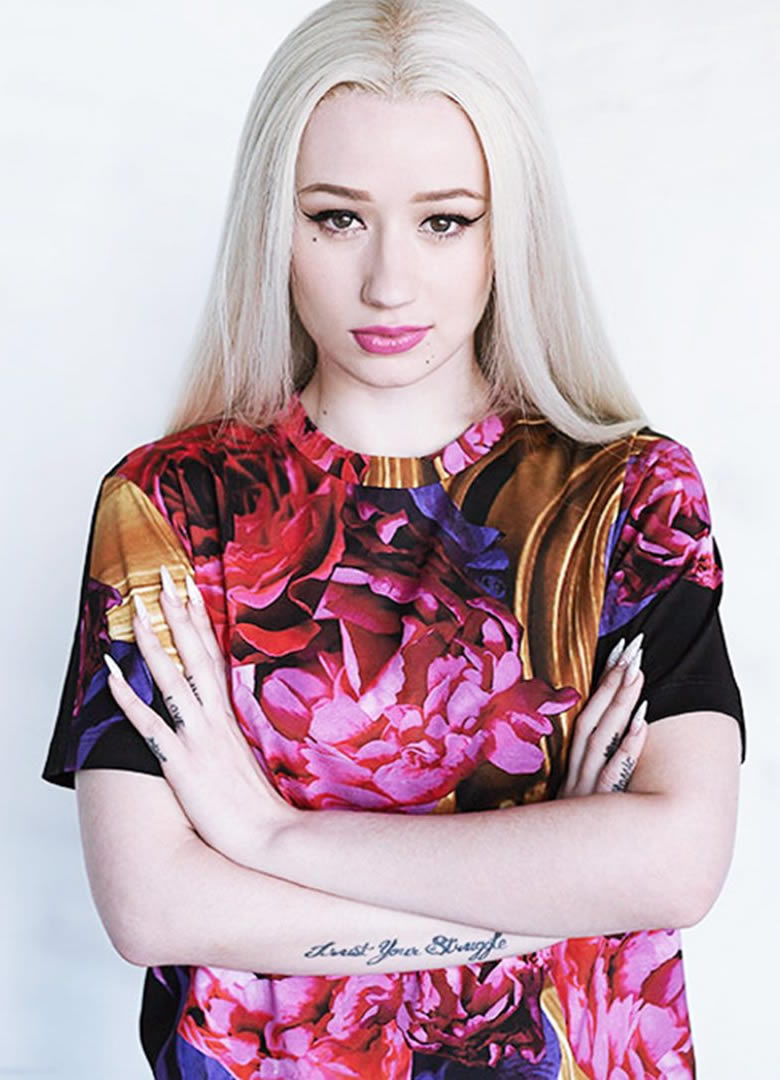 Similar to Rihanna’s “Never a failure, always a lesson” tattoo on her collarbone, Iggy Azalea sports an inspirational motto tattoo on her arm that reads “Trust Your Struggle” in a cool black script font. Iggy’s “Trust Your Struggle” tattoo was inked in late 2010, and is located on the outside edge of her right forearm, just above her wrist. If you’re interested in the meaning behind Iggy Azalea’s tattoo, the singer admits that she walked a long and winding road to the success she enjoys today, and knows what it means to pay your dues on the way to becoming what you’ve always dreamed of. According to Iggy herself, “I’ve lived the struggle life for a long time,” but she has learned to enjoy the journey that has helped her make the transition from an underground siren into a breakout star. She says her“Trust Your Struggle” tat reminds her every day of the past, while also encouraging her to embrace the future.

The Writing on the Wall

According to Iggy, who says “every single one of my tattoos I got the day I thought of it,” she drove past a wall with the words “trust your struggle” written on it, and decided to get the phrase inked on her arm 20 minutes later. “[Trust your struggle] just means that you’ve got to kind of have faith in all the roadblocks that you come up against while you’re trying to reach your goal because there’s so many, and sometimes it just feels like it’s never-ending, and that’s how I felt when I got that tattoo.” She also said during a 2012 interview with CNN, “I just felt like I wanted to pack it in and give up but you’ve just got to keep persevering and trust that all the little things are just going to make you better. And that’s what [the tattoo is] for, just to remind me when I’m having a bad day, ‘Don’t give up!’”

Iggy Azalea didn’t just start freestyle rapping on her own and become an overnight success. When she started rapping at age 15 in Australia, not many people had faith in what she was doing, but she says the “boos” kept her going. “The boos didn’t really throw me off as much as they would have if maybe they come from [the United States] or somewhere where [rap] was actually a popular thing, because I always thought to myself, ‘You guys don’t know what you’re talking about. You don’t even like this stuff! I’m great!’” It turns out though, “I wasn’t great – I was terrible! I think you’ve just got to have a belief in yourself and try to believe that you can do better and change minds.”

Iggy’s Struggles Are Finally Paying Off

From her modest upbringing in Sydney, Australia, to her devastating break-up with Harlem emcee A$AP Rocky – who inspired her “LIVE.LOVE.A$AP.” finger tattoos – there is plenty Iggy Azalea has struggled with in her past, but her inspirational arm tattoo is proof that she refuses to let these obstacles hold her back. Since exploding on the music scene in 2012, Iggy has gained notoriety as a rising hip hop star, with her debut studio album The New Classic debuting at number three on the Billboard 200 chart and becoming the highest-charting female rap album since Nicki Minaj’s Pink Friday: Roman Reloaded (hence her “The New Classic” finger tattoos). Now, with a number one rap album and two singles in the Top 10 Billboard Singles Chart, it seems like Iggy’s struggles are finally paying off!