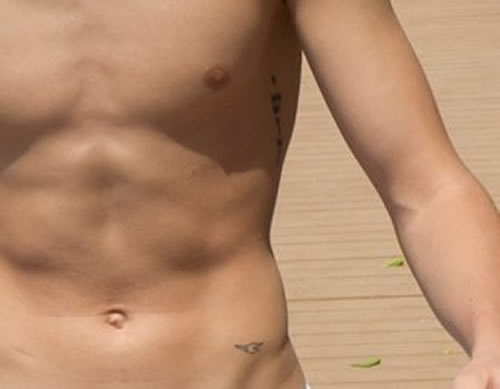 Justin Bieber’s tattoo on his hip was inked to celebrate his sixteenth birthday and represents a family tradition, followed by both Bieber’s dad and uncle. Bieber’s hip tattoo is a sort of rite of passage, and friends of the Bieber family say the star was excited to get the bird tattoo when he turned sixteen. You have to admire Justin Bieber’s tattoo meaning and the fact that he admits he is still learning about life at the ripe young age of seventeen. 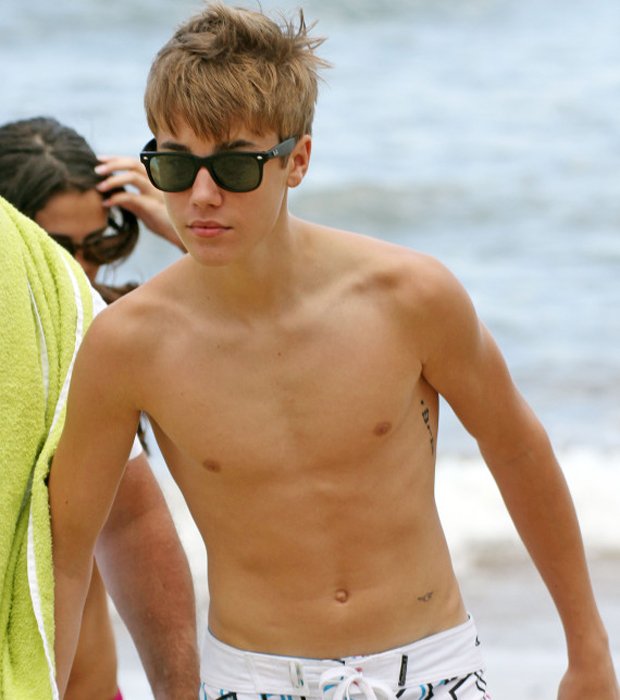 Although the pop star got his bird tattoo in March of last year, pictures of Justin Bieber’s tattoo didn’t circulate the internet until nearly two months later. In fact, according to a co-owner of the tattoo shop responsible for inking Bieber’s bird tattoo, Jeremy Bieber called his friend Charlie and asked if he could do the hip tat and keep it under wraps. Charlie made sure the shop was empty and there was no one around when Justin Bieber got the tattoo. So we ask, why the secrecy, Biebers?

The first of Justin Bieber’s tattoo images showed the young star sitting in the tattoo parlor with his shirt pulled up, mid-ink, and others showed Bieber playing football shirtless in Sydney, Australia. Given the teen star’s age and his tendency to prank fans by getting Henna tattoos, “Beliebers” have wondered if Justin Bieber’s tattoos are fake. More recently Bieber has sported what turned out to be fake tattoos, including an ace of spades tat on his left forearm. Although Bieber still hasn’t made a public statement about his hip tattoo, the bird tat is definitely real. 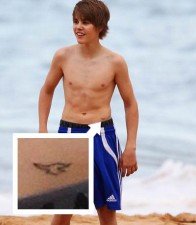 Although it’s pretty small, Justin Bieber’s bird tattoo must have hurt quite a bit (probably not as much as Justin Biebers Hebrew tattoo on his ribcage) considering its sensitive location on the hip. The tattoo artist named Charlie who inked Bieber’s hip tattoo claims that Bieber was a trooper throughout the painful process and would love to have him back in to have more work done in the future. The co-owner of Son of a Gun Tattoo and Barbershop, Brian Byrne, jokes that their shop has gotten so much publicity after inking the pop star that they may rename it the “Tattooed Bieber Shop.”

Justin Bieber’s Tattoo and His Dad

Justin Bieber’s bird tattoo was the first of the pop star’s tats to match his dad’s, which was also inked at age sixteen and is located in the same spot on his left hip. Other male members of Bieber’s family have the Bieber bird tattoo on their wrists, as well as elbows much like the father-and-son Justin Bieber star tattoo. Since the pop sensation Justin Bieber is still only seventeen, he can’t legally get any tattoos without the permission of his mom or dad. Since pictures of Justin Biebers tattoos show his rock-and-roll dad alongside Bieber at the tattoo shop giving a thumbs up, it seems he approves. If Bieber continues to follow in the footsteps of his rock-and-roll dad, it may mean a full sleeve for Bieber down the road. You know what they say, like father, like son.