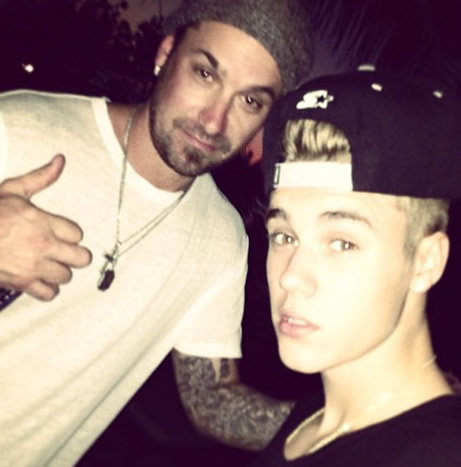 Well, it’s finally happened folks. Justin Bieber dropped a bomb over the weekend when he confessed to long-time manager Scooter Braun that he wants to take a break from making music and touring the world to open a tattoo shop with his inked-up dad, Jeremy. The confession came during a much-needed intervention in Panama, where Justin’s manager, mother Pattie, and mentor Usher tried to persuade the pop star to pull in the reins following his recent DUI arrest in Miami. Apparently it’s been a dream of Justin’s for a long time to open a “high-end” tattoo parlor with his father, who has influenced a number of Justin Bieber’s tattoos in the past, including his Hebrew “Jesus” tat on his ribcage and his tiny seagull hip tattoo.

There’s no question that Justin Bieber knows a little something about tattoos, considering he has 28 tats of his own, and no doubt plans to get more. But why the sudden desire to quit the music industry and open his own tattoo shop? According to one source, “Justin told Scooter and Usher he needs to take a break from making music and touring. He complained that he toured for most of last year and he hasn’t had a chance to catch his breath.” Even Justin’s boss at Universal, Lucian Grainge, seems concerned about the 19-year-old singer, and has vowed to take as much pressure as possible off Justin so he can begin looking forward. “I’m very concerned about him – I’ve been concerned about him for many months,” Grainge said. “This [has] to do with the young man…hopefully, we will all get through to him.” 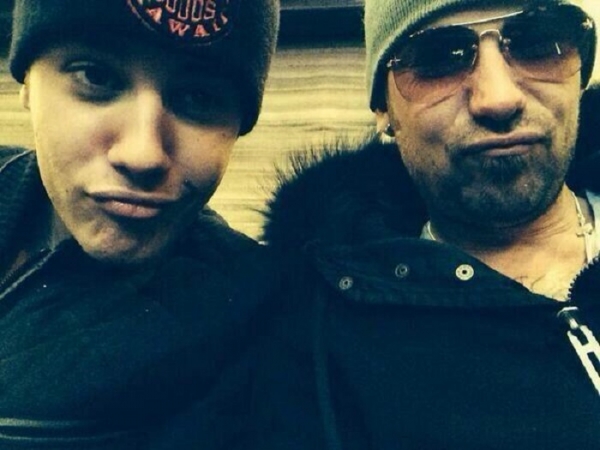 While it might prove beneficial for Justin to step away from the stresses of the music industry for a little while, his desire to go into business with his bad-ass dad is pretty questionable, considering the fact that Jeremy is suspected of blocking the intersection in Miami so Justin could drag race the night the singer was arrested for drinking and driving. Plus, shortly after making bail and being released from jail, Biebs was spotted popping bottles with…who else? His father. So, even though Justin Bieber has threatened to retire from the music industry several times in the past year, it seems that the singer is intent on pursuing his dream of opening a high-end tattoo shop with his dad, and may actually follow through this time. Maybe Justin and Jeremy just want to get a great deal on their future tats. What do you think?