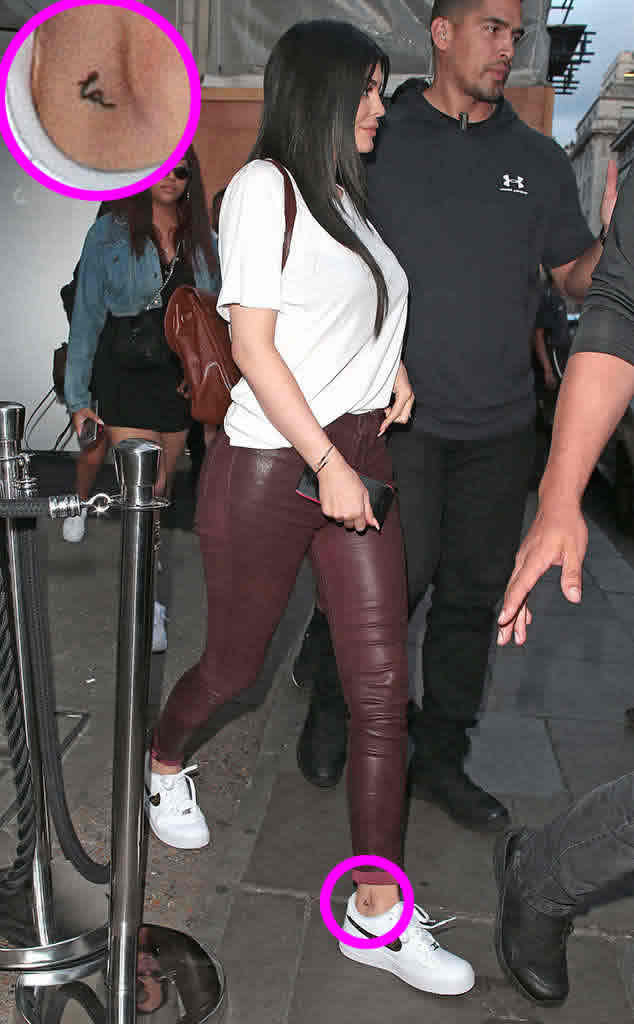 We all raised our eyebrows when Kylie Jenner got a tiny letter “t” tattooed on her ankle as a tribute to then-boyfriend Tyga, and when the couple called it quits this past April, after three years of dating, we immediately began speculating about what the model would do about the regrettable relationship ink. Fast forward three months, and Kylie has changed her tattoo tribute to Tyga in the simplest way possible – making the “t” into an “l” and adding an “a,” effectively erasing Tyga from her ankle and from her life, and making it known how much she digs LA, all at once.

Kylie Jenner and Tyga were first linked back in late 2014, but it wasn’t until the model turned 18 the following March, that the couple openly acknowledged their relationship and began documenting their time together on social media. Things seemed hunky dory between the two up until a few months ago, when Kylie got bored with the relationship. One quiet breakup and an altered tattoo later, and Tyga knows exactly where he stands in Kylie’s life. According to big sister Kim Kardashian though, there was no drama to speak of in terms of the split. “What was great was that it was so easy – that split,” Kim said. “There has not been any drama with her since.” 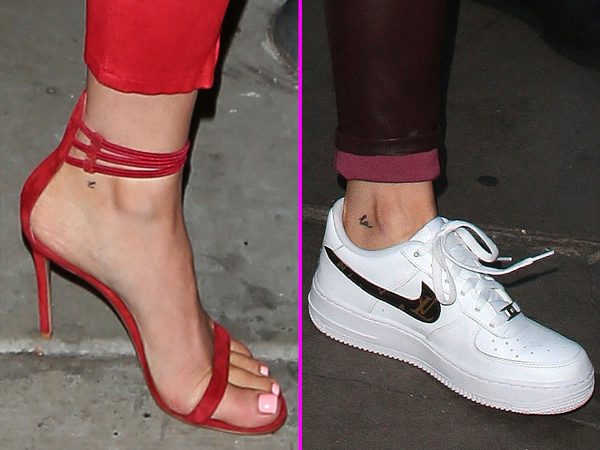 Though Kylie is known for changing her mind about men as often as she changes her underwear, the 19-year-old is obviously over Tyga, and has moved on to rapper Travis Scott. The two were spotted at Coachella together in April, and just last month they got matching butterfly tattoos on their ankles. While stepping out in a pair of purple leather pants and white Nike sneakers over the long Fourth of July holiday weekend in London, Kylie’s “la” ankle tattoo was spotted in all its updated glory. If only every celebrity relationship and subsequent tattoo cover-up was this easy, am I right?