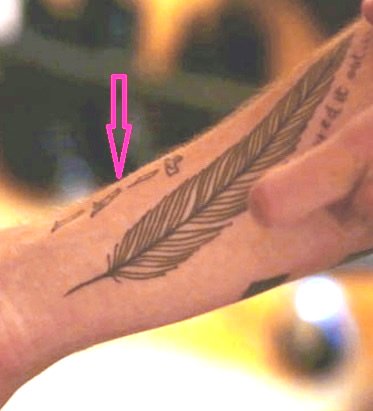 If you, like us, have been dying to know what the mysterious tattoo on Liam Payne’s right forearm stands for, wonder no longer! The series of symbols inked above Liam’s feather tattoo are actually hieroglyphics, and feature rudimentary images of four animals – a lion, feather, bird and owl. We figure that Liam’s hieroglyphics tattoo was inked sometime in August 2013, possibly during the same session as his “I figured it out…” tattoo, and, according to some sources, the ink stands for “Liam.” While his other One Direction bandmates, namely Harry Styles and Zayn Malik, are quick to reveal their new tattoos on Twitter and Instagram, Liam Payne is a little more mysterious on the tattoo front, which makes us think his ink is probably a little more meaningful.

Right around the time that Liam Payne revealed the “I figured it out…” addition to his feather arm tattoo in August 2013, we spotted another mysterious tat on the One Direction singer’s arm that he was apparently keeping hush-hush. During an exclusive ABC Nightline interview with Liam on August 26, 2013, Liam explained the meaning behind a number of his tattoos – including the feather and “I figured it out…” tattoos on his arms – but he passed over the cryptic tattoo on his forearm that we couldn’t quite make out. Since then, we have been scouring the interweb for any mention of Liam Payne’s tattoo, so we could keep you all informed. Liam’s “I figured it out…” tattoo was inked in Glen Burnie, Maryland, during the same session as Zayn Malik’s Perrie Edwards tattoo, so perhaps the hieroglyphics tat was done that day too! 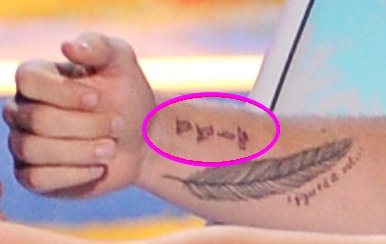 As most of you probably know, hieroglyphs were the formal writing system used by the ancient Egyptians, which combined alphabetic and logographic elements to create letters and words. All of the images used in ancient hieroglyphics are pretty simple black outlines of animals, tools and other figures commonly seen or used by the Egyptians, which makes them pretty easy to recreate. Based on a comparison of traditional hieroglyphs and the English alphabet, an image of a lion laying down represents an “L,” a feather stands for “I,” a bird standing up represents an “A,” and an owl looking to the side stands for “M.” Looks like Liam’s hieroglyphics tattoo is pretty accurate! 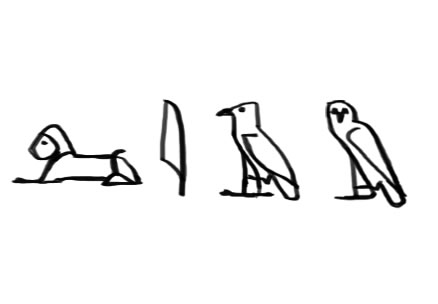