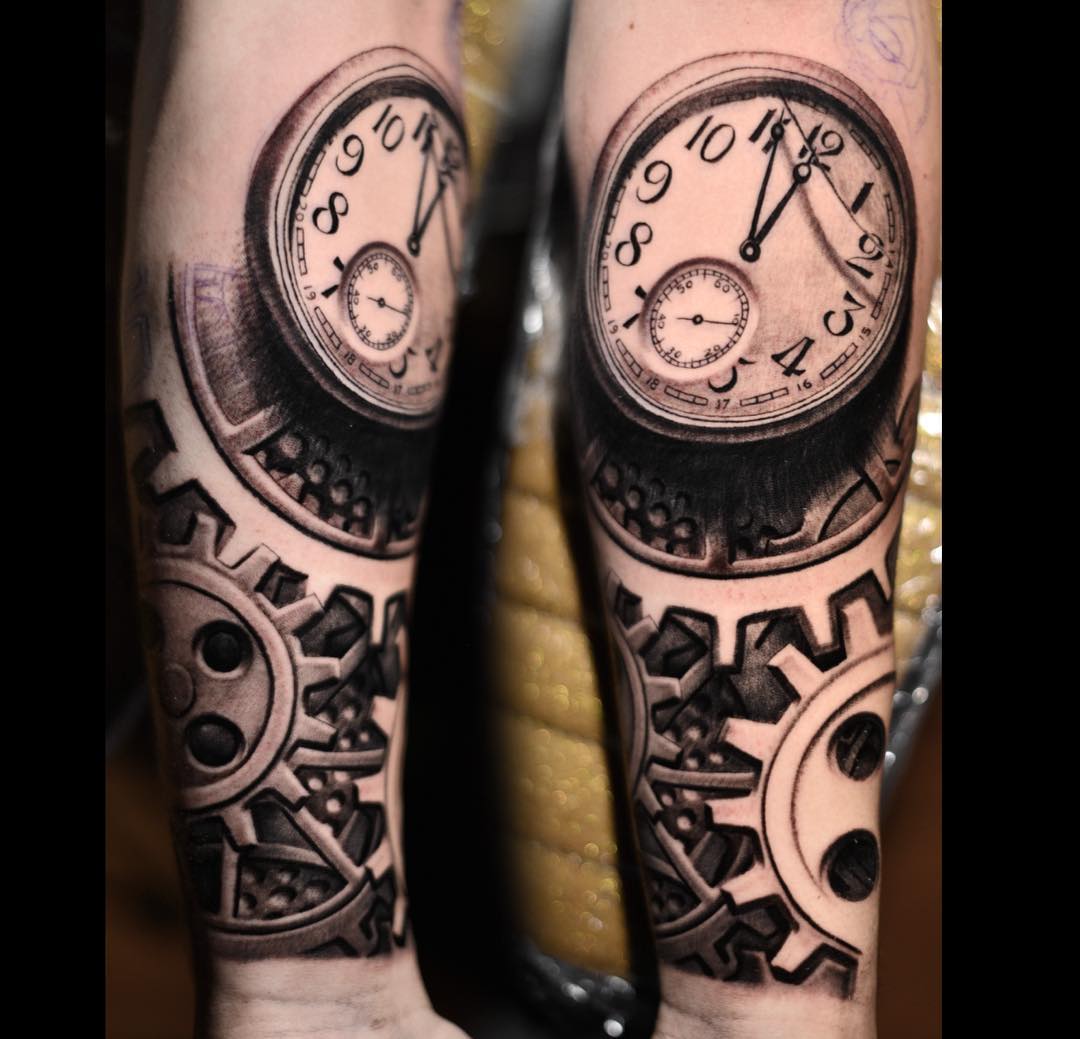 One Direction’s Liam Payne has been playing around with some bigger, more intricate pieces of body art lately, but the pop star shocked us all when he revealed a gigantic new tattoo on his arm of a pocket watch and gears this week. Liam’s new tattoo was posted online on March 16, by artist Nikko Hurtado of the Black Anchor Collective in California, who captioned the Instagram snap, “Hey sometimes I don’t know who my clients are until after my daughter flips out about it. Was an honor tattooing @fakeliampayne from #onedirection the last few days.” Hurtado explained Liam Payne’s tattoo saying, “Did a rework on his hand and started something new on his forearm. Tough dude sat like a champ.”

The new tattoo on Liam Payne’s forearm features an incredibly well done pocket watch or clock with the time set at 11:56 am, and a smaller second hand clock on the face forever stopped at 11 seconds. The watch in Liam’s arm tattoo is surrounded by several large and small gears, or cogs, which look like they will eventually become part of a larger sleeve. Is it just us, or are you all thinking that Liam Payne’s new arm tattoo may have been inspired by One Direction’s song “A.M.,” which includes the lyrics, “Feels like this could be forever tonight / Break these clocks, forget about time / There could be a World War 3 goin’ on outside.” 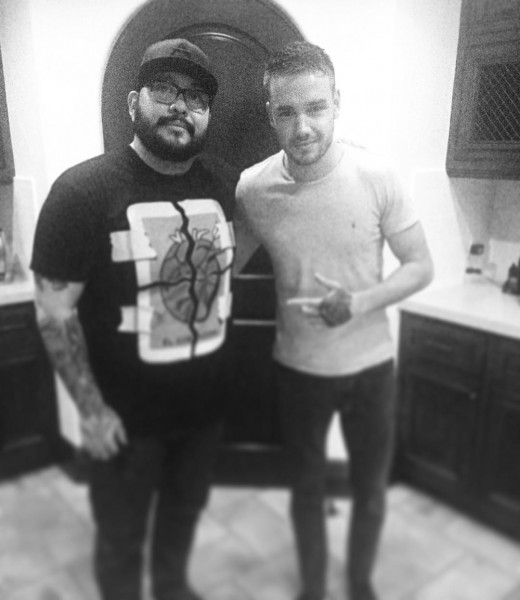 According to the tattoo artist, Liam also had one of his hand tattoos reworked during the same session, and it looks like it was the roses tattoo he had inked on his left hand in January that Liam had redone. Interestingly enough, Nikko Hurtado is the very same tattoo artist who inked the infamous English roses tattoo on the back, butt and thighs of Cheryl Cole, Liam’s new girlfriend. Some people speculated when Liam got his roses hand tattoo that it was inspired by Cheryl’s massive back and butt piece, so we’re wondering what the reworked hand design looks like now!

Hurtado’s tattoo shop was (not surprisingly) bombarded by calls after he posted the photo of Liam’s tattoo, and the artist took to Instagram to say, “Liam is not getting tattooed at the shop, so stop calling. If you’re under 18, you’re not allowed in the shop anyway.” Liam has yet to reveal the meaning behind his arm half-sleeve tattoo, but the design apparently isn’t finished yet, as Nikko Hurtado wrote alongside the singer’s new tattoo, “What I started yesterday on @fakeliampayne. Still needs work. Top watch is just laid out not complete yet. Fun tattoo and fun sleeve to start. Can’t wait for the next sitting.” If Hurtado is right, there could be a full sleeve tattoo in Liam’s future. We can’t wait!!