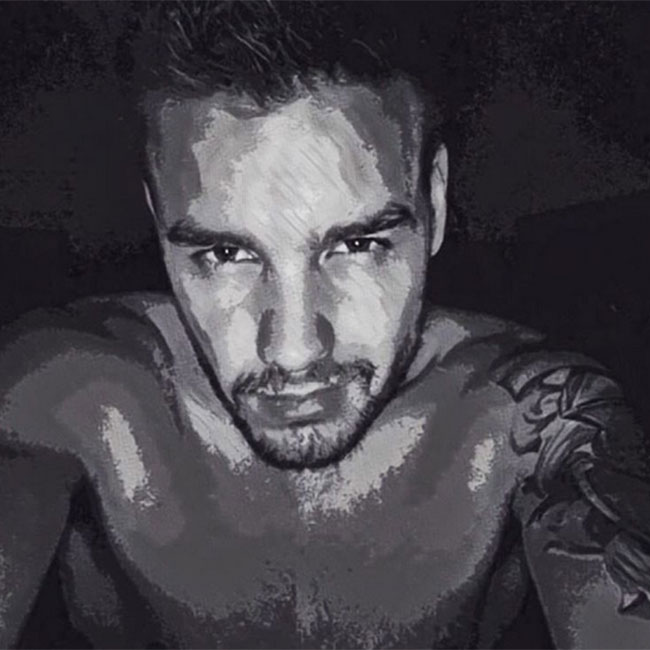 **Update: Thanks to a shirtless gym selfie Liam posted to his Instagram account, we now know that the tattoo on his upper arm features a helm from a medieval knight atop a lion crest.

Earlier this summer, Liam Payne got everyone talking when he had California-based tattoo artist Nikko Hurtado to start in on what Nikko called a “fun [tattoo] sleeve,” complete with an intricate lion crest piece that Liam debuted in June. Liam set the Internet on fire again on October 23, when he posted a new shirtless, black and white selfie to his Instagram account, before partying in Vegas with Zedd. In the selfie, Liam Payne revealed what appears to be the rest of that recently-done sleeve – a tattoo of what we think is a medieval knight.

When Nikko Hurtado first posted a photo of Liam Payne’s lion crest tattoo, he captioned the snap, “In progress! More to come. Very excited about this sleeve.” The tattoo artist didn’t tag Liam in the photo, but it became clear in no time that the ink belonged to the singer, who seems set on adding large, intricate tattoos to his collection. As far as the mysterious tattoo on his shoulder, the design is definitely part of Liam’s lion crest tattoo, and appears to be a knight wearing a medieval-style helmet, or helm, with small slits for eyes. When Liam first got his lion crest tattoo, we did a little digging and found out that the tattoo design was remarkably similar to his family’s crest, or coat of arms, which features a pair of lions, ostrich feathers (which are traditional to heraldry and are a symbol of obedience and serenity), and, get this, a medieval helm at the top! 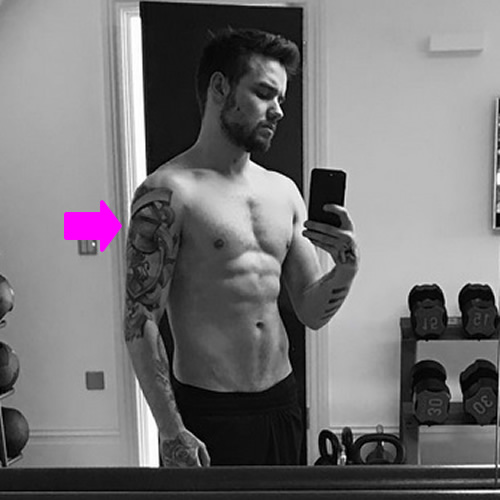 Take a look at a video Nikko Hurtado posted to his Instagram account four months ago, touting the benefits of the Magi tattoo machine, and you’ll see the artist working on Liam’s lion crest tattoo. Look a little closer, and you’ll see that the stencil for Liam’s tat extends up his arm and onto his shoulder, and that the design matches the tattoo Liam put on display in his recent Instagram selfie. So, while Liam Payne’s shoulder tattoo isn’t exactly new, this does seem to be the first time the pop star has revealed his tat to the public.

As for Liam Payne’s rapidly growing sleeve designs, Nikko Hurtado also gave Liam his huge clock and gears tattoo back in March, and remarked at that time that the ink was a “Fun tattoo and fun sleeve to start.” He also said that he couldn’t wait for Liam’s next sitting, which leads us to believe that there will be plenty more Liam Payne tattoos in the future!