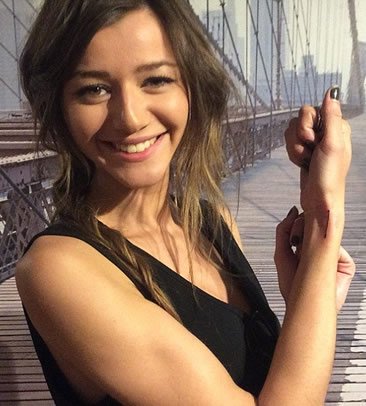 One Direction heartthrob Louis Tomlinson and long-time girlfriend Eleanor Calder called it quits earlier this month after rumors began swirling that Louis was spotted kissing another woman, and now Eleanor has grabbed the spotlight once again, this time showing off a brand-new arrow tattoo on her wrist. In an apparent attempt to get over the devastating breakup, Eleanor and two of her closets gal pals, Megan Murphy and Stephanie Lincoln, took a trip to Los Angeles a few weeks ago, and the 22-year-old decided to pay a visit to Body Art and Soul Tattoos for some new ink that we can only assume hints at a positive “new direction” in her life.

Eleanor Calder’s tattoo is inked on the top of her right wrist, and features a very simple and very tiny arrow inked vertically in black. According to Eleanor’s tattoo artist, Martin Dare, who inked the arrow tattoo in Los Angeles on March 9, “Eleanor had a very specific design [in mind]. She’d clearly spent a lot of time looking at arrows” before choosing the perfect image for her new tattoo. He continued: “She seemed in good spirits but you could also tell she was a bit sad.” Sad or not, Eleanor was obviously excited about her new ink, and when she posted a picture of the tattoo session on Instagram, she captioned the snap: “Sorry mummmyyy!” 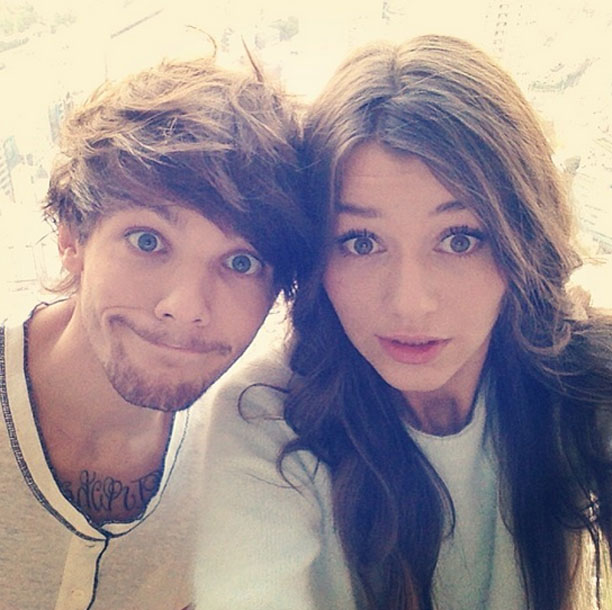 For his part, Eleanor’s tattoo artist was obviously quite taken with the 22-year-old beauty, who had been dating Louis Tomlinson for four years prior to the break-up, and said, “Didn’t realize that I had the privilege of tattooing British royalty,” calling Eleanor “classy and gorgeous.” In addition to getting some new ink, Eleanor apparently had a great time in sunny Los Angeles, and captioned one of her many vacation pics: “I don’t ever want to leave!” We don’t blame her, considering the break-up drama that probably awaits her in Manchester, where she is a student at the University. What do you all think of Eleanor Calder’s arrow tattoo??