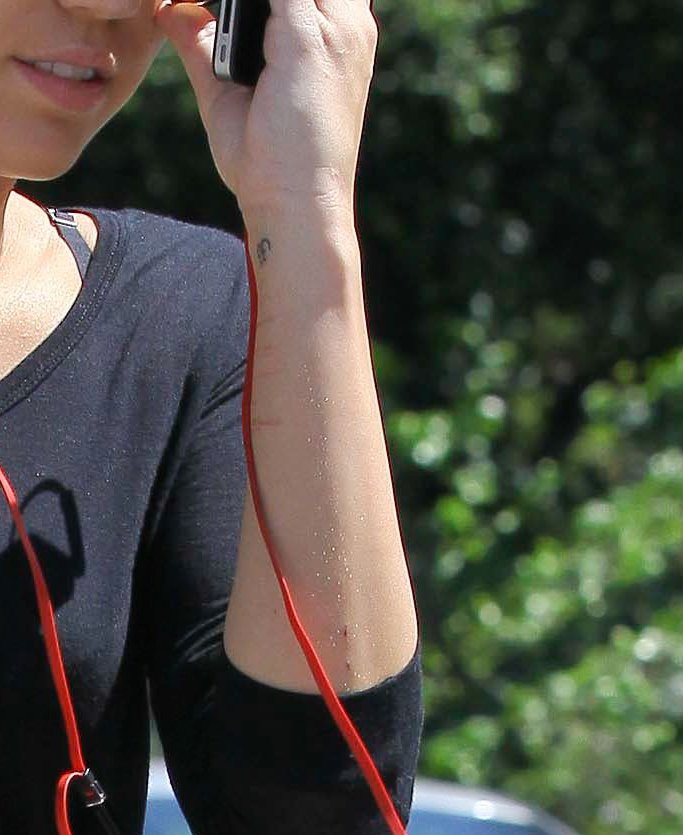 Is the stress in Miley Cyrus’ life causing her to self-harm? It sure seems that way, as recent pictures of Miley about town have shown what appears to be cut marks on her arms. And this isn’t the first time. When Miley was photographed walking her dog back in April, the 19-year-old actress sported quite a few lines on her left arm that looked an awful lot like cut marks. Combine cutting with her recently slimmed-down body and several cryptic tweets, and it seems like Miley Cyrus might not be quite as happy as she seems.

When pictures of Miley Cyrus sporting a new tattoo emerged on July 11, 2012, everyone was focused on the profound quote inspired by former U.S. president, Theodore Roosevelt. Upon closer inspection though, you can see that Miley Cyrus has some scary-looking marks on the same arm as her Teddy Roosevelt quote tattoo, right near her wrist. Four angry lines mark her left wrist, and what appears to be evidence of the 19-year-old actress self-harming has sparked rumors about potential self-esteem issues and doubts about the future success of her impending marriage to actor, Liam Hemsworth.

Miley was leaving her Pilates class – which seems to be almost a daily ritual for her now – when paparazzi snagged a photo of the actress’ new arm tattoo. The 19-year-old has voiced her opinions about paparazzi in the past and recently tweeted this message: “I hate paparazzi with a passion. disgusting pigs. (no offense to pigs).” We get how frustrating it must be to be swarmed by cameras when you’re not on the red carpet, but why was Miley so angry about this particular paparazzi encounter? Could it be because she didn’t want photographs of the cuts on her arm to be leaked online? 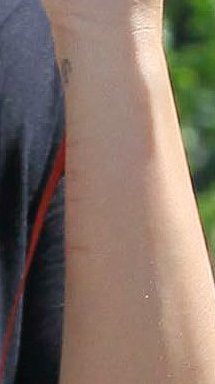 Is Miley’s Engagement a Source of Stress?

Miley Cyrus’ engagement announcement received mixed reviews, with many – including her father, Billy Ray Cyrus – wondering if the actress is too young to make such an important commitment. Miley herself may have the same concerns, as she has sent out some cryptic tweets in recent days, including “Maybe you could’ve been something I’d be good at,” which the teen star posted on Twitter on July 8. This line comes from Canadian indie band Tegan and Sara’s song, “Call it Off.” Hemsworth proposed to Miley on May 31, and the young couple confirmed their engagement on June 6, 2012, with Miley tweeting, “I’m so happy to be engaged and look forward to a life of happiness with Liam.” But with photographic evidence of what looks a heck of a lot like cut marks on her arm, Miley’s happiness with Liam is exactly what’s being questioned.

This Isn’t the First Time…

July 11 was the third time in the past few months that Miley has been photographed with cuts on her arm, which could possibly be caused by depression or excessive anxiety and stress in the star’s life. Back in April, the actress was photographed while out jogging with her dog, Floyd, and fans noticed what looked like a series of obvious cut marks up and down her wrists, right near Miley Cyrus’ om tattoo. This picture, paired with the tweet Miley re-posted the weekend before – “Out of suffering have emerged the strongest souls; the most massive characters are seared with scars” – spurred some serious rumors that Miley was engaging in self-harming. 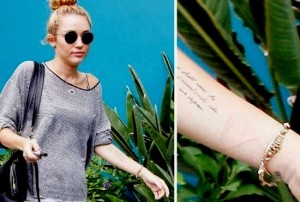 Other tweets recently posted by Miley include: “I got a lot on my mind,” on July 7, and “Happiness is not the absence of problems, but the ability to deal with them.” This message in particular shocked fans, who believed the actress and her future hubby were happy and problem-free. A number of media outlets have also voiced concerns about Miley’s exceptionally slim figure, which she credits to a gluten-free diet and a strict workout regime. There are murmurs though, that Miley’s shrinking waistline and potential cutting could be due to serious issues she may be struggling with in her personal life.