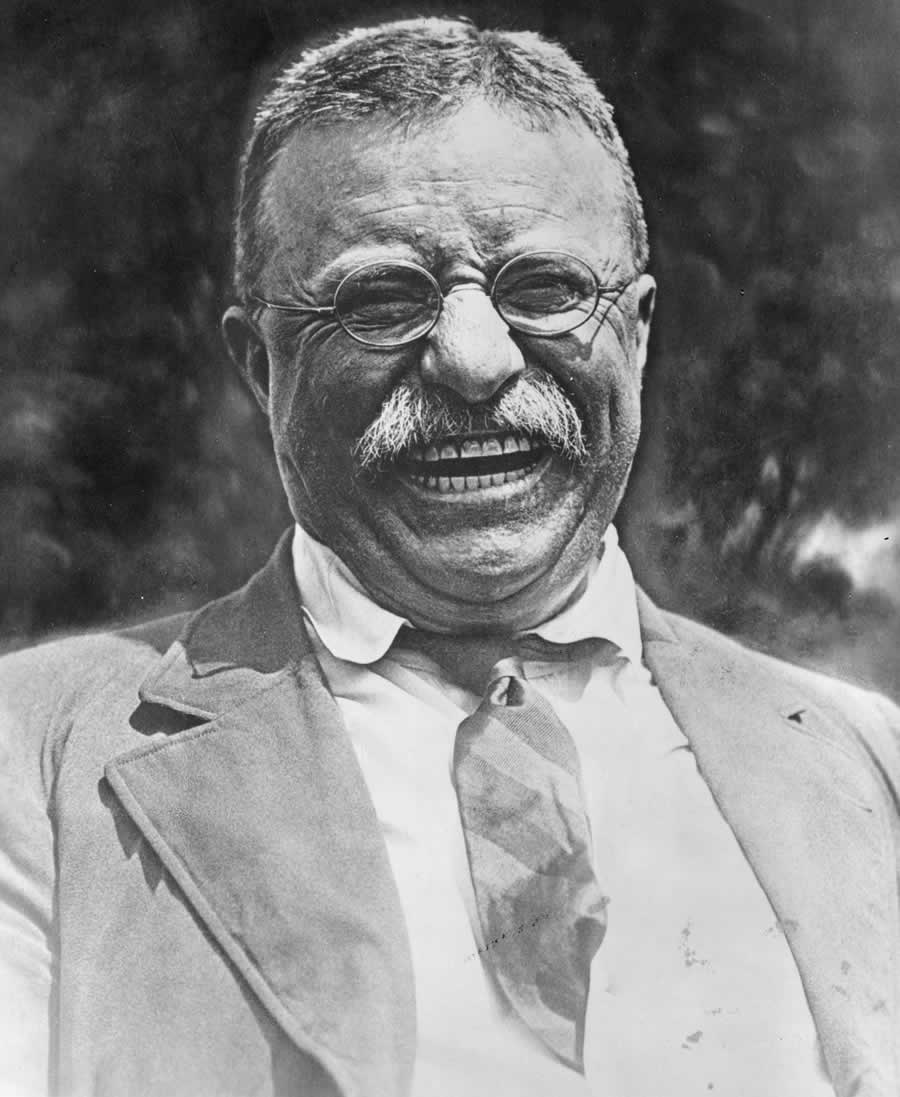 Who would have thought that Miley Cyrus would turn to former U.S. president Theodore Roosevelt as the inspiration for her new tattoo? The singer and actress got some new ink on her forearm yesterday, and not only is Miley Cyrus new tattoo political, it’s also nearly a century older than she is! Read on to learn more about the pop star’s new arm tattoo and what it means in her own life.

So much for rumors that fiancée Liam Hemsworth was pressuring Miley Cyrus to get some of her “trashy” tattoos removed. Miley just got a new tattoo, and judging by the pic she recently tweeted of the couple snuggling up, the former Disney star’s beau doesn’t seem to have any problem with Miley’s body. Pictures of the teen star’s new tattoo popped up on the web on July 10, 2012, when Miley was bombarded by paparazzi leaving her Pilates class in West Hollywood. Although the first thing you might notice in the pics is Miley’s toned, bare tummy, take a look at her left forearm and you’ll see her new Roosevelt quote tattoo! Not only did the paparazzi score a photo of the new ink on Miley’s arm, but they also snagged a Twitter burn from the teen star: “I hate paparazzi with a passion. disgusting pigs. (no offense to pigs).” Good to know that Miley hasn’t lost her sense of humor.

Miley Cyrus’ 15th tattoo is a quote from former U.S. preside Theodore Roosevelt that reads, “So that his place shall never be with those cold and timid souls who neither know victory nor defeat.” The pop star’s Roosevelt tattoo is inked on the inside of her left forearm, and is one of Miley’s largest tattoos to date. Although it seems like the singer favors tiny tats like the ones she has inked on several of her fingers, Miley Cyrus has recently embraced the quote tattoos that are popular among other celebrities like Megan Fox. Megan Fox tattoos inspired by quotes include a Shakespeare tat on her right shoulder blade, a self-written poem on her left side, and a Nietzsche quote on her right ribcage. In addition to the new Roosevelt quote on her arm, Miley Cyrus also has a “love never dies” tattoo inked on her left bicep, the word “love” tattooed on the inside of her right ear, and a “just breathe” tattoo inked below her left breast.

Although it’s not a shock that Miley Cyrus has gotten yet another tattoo, it is rather surprising that the 19-year-old may have an interest in politics. Miley’s new tattoo was taken from Teddy Roosevelt’s “Citizen and Republic” speech that he gave at the Sorbonne in Paris, France on April 23, 1910. The line included in Miley Cyrus new tattoo refers to those who stand on the sidelines criticizing others while never attempting to accomplish anything of value themselves. Although Miley hasn’t spoken in public about her tattoo meaning, it seems the new ink could have something to do with all the criticism Miley has received from people (or haters) in her own life. This seems to fit, as earlier in the week, Miley tweeted this message, “Everyone should pick up some super healthy snacks this week, maybe give up a vice, only give your energy to positive people in your life!” 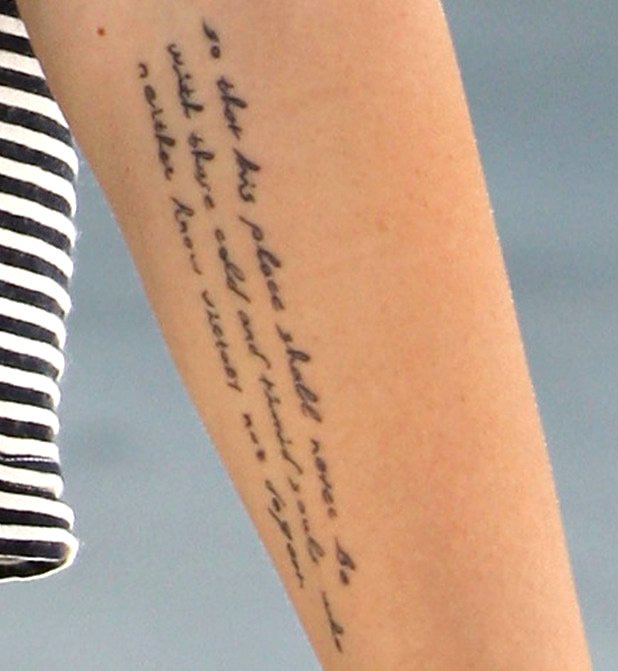 Miley is Young But in Love

In the meantime, it seems that while Miley’s dad, Billy Ray Cyrus, is pleased that his daughter is happy with her fiancée, he does have concerns about how young the couple is – 19 and 22. Apparently, Billy Ray “hopes the engagement will be very long,” which may have something to do with the trouble the 50-year-old singer has been having in his own love life. Billy Ray divorced his first wife before marrying Miley’s mother 18 years ago, but the couple has had their fair share of problems and almost divorced in 2010. Last month, the country singer tweeted, “All I ever hoped for as a Daddy was to see my kids reach their dreams. To find happiness…peace of mind…and someday know…true love.” It seems that Miley Cyrus has found her true love in Liam Hemsworth, and now we’re just waiting for a new Miley Cyrus tattoo devoted to her future hubby!