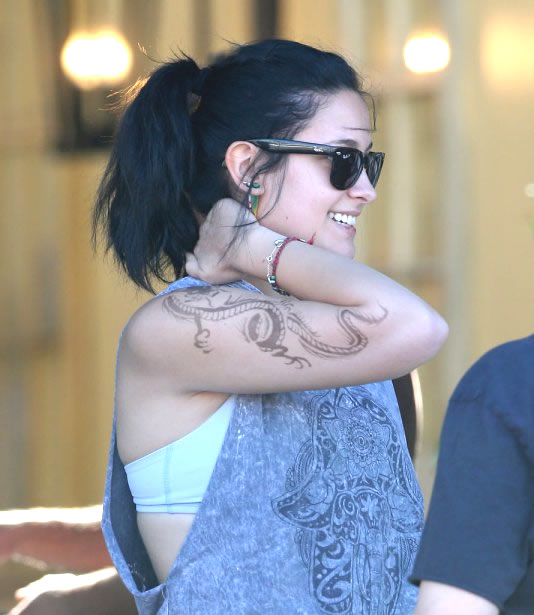 Michael Jackson’s teenage daughter Paris sent the Internet into a flurry when she stepped out sporting a gigantic dragon tattoo on her arm this weekend, and while it turns out the ink is actually just a faux tattoo made from henna, it has us wondering if Paris is planning on getting a new (real) tattoo sometime soon. Paris Jackson’s henna tattoo was first spotted while the 17-year-old was spending time in Sherman Oaks, California on January 29, and features a huge Chinese-style dragon inked in black and gray, extending from the top of her right shoulder down to her elbow.

When Paris Jackson was first photographed with the dragon ink on her arm, everyone assumed the tattoo was real, even though it’s illegal in Paris’ home state to get inked under the age of 18. We know now that the tat is actually henna, which has been used since antiquity to dye hair, skin and fabrics, and has become a popular type of design for tattoos, even for real ones, like Rihanna’s henna-style hand tattoo. Even though Paris Jackson’s dragon ink isn’t real, the 17-year-old has mentioned in the past that she would like to get inked, and specifically said in 2012, when she was only 14, that she was thinking of getting a tattoo of her father’s birth date inked on her back. 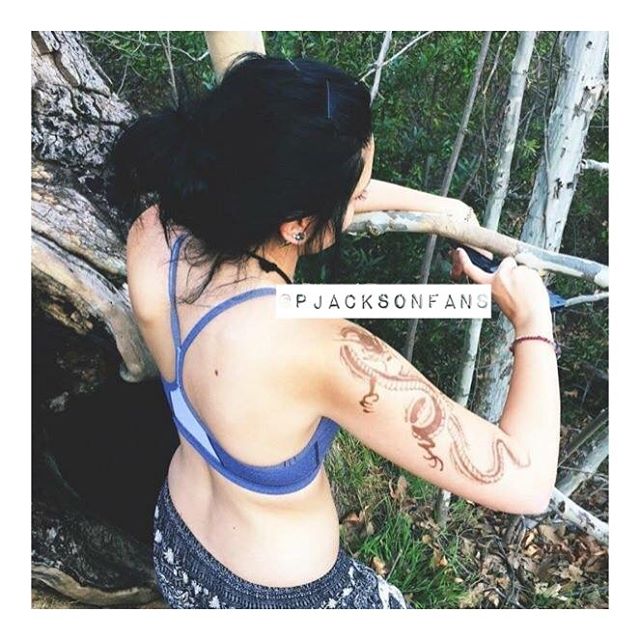 It’s also possible that Paris Jackson was trying out the dragon tattoo in henna before actually going under the needle for a real tat, which would be a pretty big deal, given how big the design was. Perhaps when the actress turns 18 this April, she will end up getting some real ink, but for now, we will have to be satisfied with her huge henna dragon tattoo. What do you all think of Paris Jackson’s ink? Should she go for it and get a real tattoo of the Chinese-style dragon, stick with her earlier plan and get a tattoo commemorating her father’s birth date, or stay tattoo-free for as long as possible? Let us know in the comments section below! 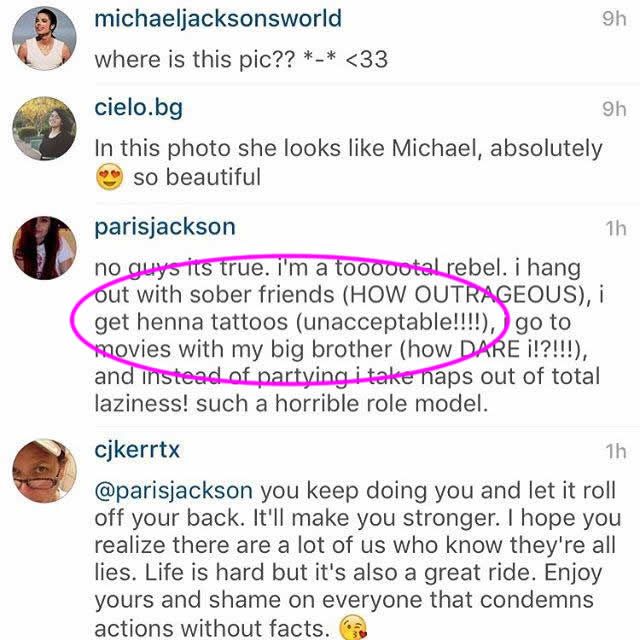