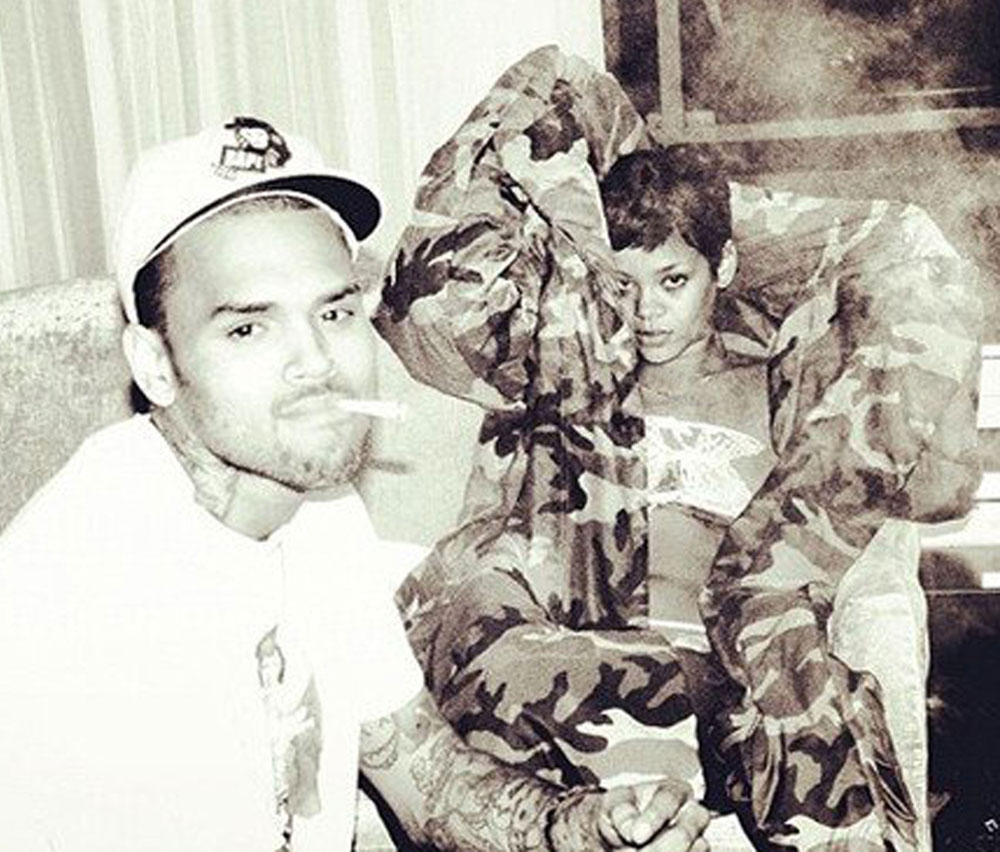 The controversial duo is officially back together and the heavily tattooed songstress may have gone one step beyond shouting it from the rooftops by putting it in writing…in the form of a tattoo. Reports of a possible new tattoo for Rihanna began circulating today, claiming that the pop star had the word “Breezy” inked somewhere on her body. The simple word may not mean much to the average person, but for those of you who know that “Breezy” is Chris Brown‘s nickname, the tattoo means a heck of a lot!

Rihanna has sparked quite a bit of talk in recent months by tweeting photos of her and Breezy sharing a smooch, snuggled up on the couch, attending a Halloween party together, etc., etc., and she has also posted quite a few scantily clad photos of herself, showing off her impressive tattoo collection. According to RiRi herself, “[I’m] rebellious through my music, through my fashion, tattoos, and my hair.” Rihanna hasn’t yet shared pics of her potential Chris Brown-inspired tattoo, but a source close to the singer said, “She got it to symbolize her commitment to [Breezy]. Now the world knows they’re back together, they’re determined to make it work.” For those of you out there who don’t know why it didn’t “work” last time, it’s because Chris Brown was arrested in 2009 for physically assaulting and abusing Rihanna prior to the Grammy Awards.

Getting a tattoo dedicated to Chris Brown is a big deal for Rihanna, who already has two tats inspired by the R&B singer. Both RiRi and Breezy have star tattoos on their necks that they got together in 2008, prior to the explosive break-up, and they also both have Maori tattoos on their hands, which they got inked in New Zealand that same year. Then, earlier this year, Chris Brown got a large tattoo on his arm featuring the face of then-girlfriend Karrueche Tran, which he is probably seriously regretting at this point. Rihanna never got her Breezy-inspired tats removed when the couple called it quits, although we’re guessing if they don’t “make it work” this time, a “Breezy” tattoo won’t stick around for too long. So, the only question left to ask is this: Is RiRi’s tattoo a touching tribute to the love of her life, or is she just setting herself up for a trip to the tattoo removal clinic? Guess we’ll find out soon enough!