There are a lot of new things happening in Ariana Grande’s life right now. The “Side to Side” singer is slotted to perform her new song with Nicki Minaj at the upcoming MTV Video Music Awards this weekend, she has a rumored new beau, rapper Mac Miller, and, according to some new photos Ariana posted on social media this week, she also has two new tattoos! Ariana Grande’s new tattoos are both simple pieces inked on her fingers – a capital letter “A” done in a black typewriter font on her left thumb, and an image of the Venus symbol inked on the middle finger of her right hand – and both were done by Dr. Woo, the master of miniature ink.

Ariana took to Snapchat to show off her new tattoos on August 25, the same day the 23-year-old was spotted leaving Shamrock Social Club, a wildly popular tattoo shop in West Hollywood, California, and home to celebrity tattoo artist Dr. Woo. In the photos, Ariana is sporting a pair of light-wash denim jeans, sky-high black heels and a revealing, lacy crop top, and while you can’t see her new tattoos in the paparazzi pics, the pint-size pop star graciously shared photos of the fresh ink on Snapchat and Instagram for her tens of millions of followers. 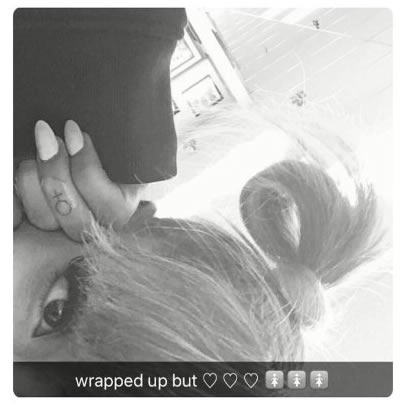 Rumors have been circulating about a possible relationship between Ariana Grande and Mac Miller, who previously worked together for the pop star’s 2013 single “The Way,” sharing a steamy kiss in the video for the track. The two have become close recently, and just last week, Ariana and Mac Miller, born Malcolm McCormick, were spotted sharing a kiss at Katsu-Ya in the Encino neighborhood of Los Angeles. Then this week, the rapper accompanied Ariana on her trip to Dr. Woo’s tattoo shop. 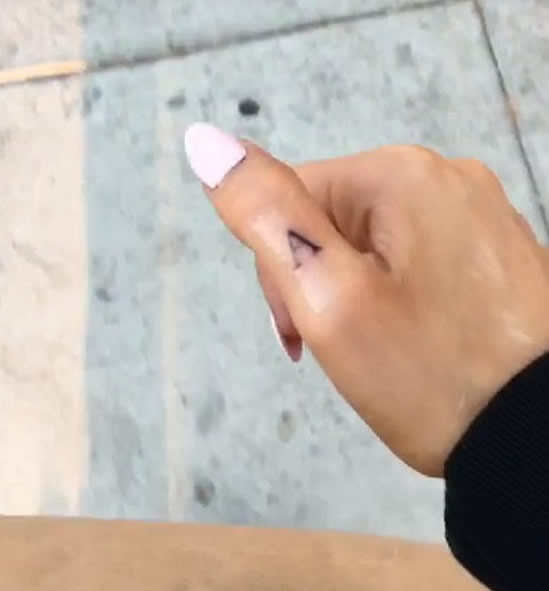 While some may speculate that Ariana Grande got the letter “A” tattoo on her thumb to represent her own first name, the singer’s Snapchat video indicates that the ink is also a tribute to her best gal pal, Alexa Luria, with whom she shares the same first initial. Ariana also shared some photos of her new tattoos on Instagram, captioning one of the snaps: “a couple new finger tats today. So fine & perfectly petite, they won’t even show up in this Polaroid. Love & thanks @_dr_woo_.” 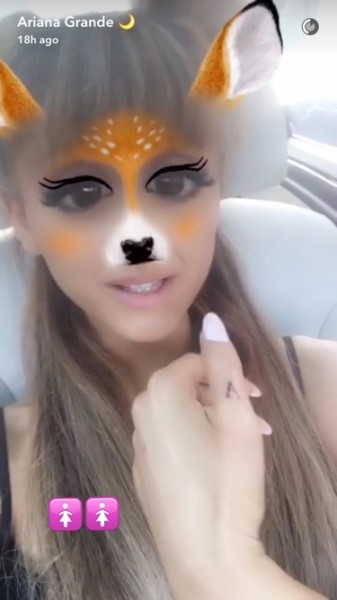 Ariana’s other new finger tattoo is a delicate image of the standard sex symbol for female, which, along with the male symbol for Mars, comes from the astrological symbol denoting Venus. The symbol in Ariana’s tattoo is historically associated with the Roman goddess Venus or the Greek goddess Aphrodite, both of whom symbolize love, beauty, sex and fertility.