The boys of 5 Seconds of Summer may not be as popular as Harry Styles, Louis Tomlinson and the other One Direction band members, but they are well on their way to being as inked as them. 5SOS singer Calum Hood has several tattoos inked on his legs, arm and chest, including the infamous 5SOS tally tattoo, which many of the boys have, and drummer Ashton Irwin has just revealed the meaning behind the tattoo of a black bird with outstretched wings he had inked on the back of his neck a month or so ago.

During an interview with the Kyle and Jacki O show on KIIS 1065 last week, Irwin revealed that the tattoo on the back of his neck is of a condor, a bird found in California, where his father is from. The 22-year-old also talked about the meaning behind the fresh ink, indicating that the relatively large bird tattoo reminds him of his origins. “With moving away from Australia and trying to make it overseas in this band, [the tattoo] represents bravery and I’m proud of where I am at the moment and excited about where I’m going,” Irwin explained.

No stranger to tattoos, Irwin took to social media last month to debut his latest ink, posting a photo of the black condor piece on Instagram along with a quote from the film High School Musical. “In the wise words of Zac Efron, ‘we’re soarin, we’re flyin,’” he captioned the Instagram snap. “I’ve wanted to get this for so many reasons for a long time…Ignore the high school musical comment, I couldn’t help myself (it was calum’s idea),” Irwin finished the caption, crediting his inked-up bandmate, Calum Hood, with the film reference. 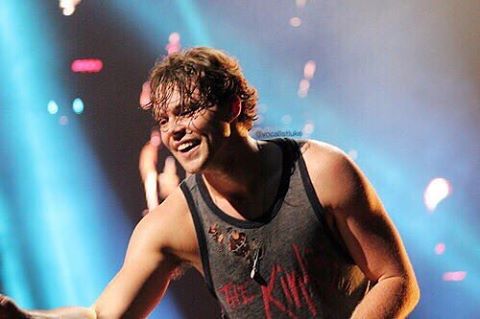 5 Seconds of Summer is nearing its fifth year together, and the band members just keep getting more and more inked, each with pieces that hold important meanings to them. What do you all think of Ashton Irwin’s black condor neck tattoo??