Model Blac Chyna (real name Angela White) channeled Iggy Azalea over the weekend when she went under the needle for a new tattoo on her hand dedicated to rumored boyfriend and Freebandz rapper, Future. Blac Chyna’s new tattoo is inked on the outside of her right hand and features the name “Future” inked in a black script font. It’s not entirely clear when Blac Chyna’s tattoo was actually inked, because while she just shared a photo of the fresh piece on October 25, she posted an Instagram pic of herself at the tattoo parlor two weeks ago, getting what looks like a tattoo on the outside of her hand.

Blac Chyna revealed her new hand tattoo on Instagram, captioning the snap “Thought it was a drought” with a red devil emoji. For those of you who aren’t quite up-to-date on Future’s rap career, “Thought it Was a Drought” is the name of a track off the rapper’s album Dirty Sprite 2. And while pretty much the entire world knows that Blac Chyna’s hand tattoo is a tribute to Future, the official meaning behind the ink is apparently hush-hush. When asked about Blac Chyna’s new hand tattoo on Watch What Happens Live on Sunday night, bestie and fellow tattoo-lover, Amber Rose, refused to discuss the ink, saying, “That’s BFF confidentiality. I can’t talk about it.”

Neither Blac Chyna nor Future have confirmed that they are dating, but rumors about a possible romance between the two began to fly earlier this month, when the model was spotted on the set of Future’s music video “Stick Talk.” Blac Chyna also decided to debut her “Future” tattoo on the same day as the rapper’s ex-fiancé Ciara celebrated her 30th birthday, and as they say, actions speak louder than words. We can’t imagine that Ciara is too bothered by Blac Chyna’s new tattoo and public declaration of love her for ex though, since the singer is now dating quarterback for the Seattle Seahawks, Russell Wilson, who is worth an estimated $14 million. 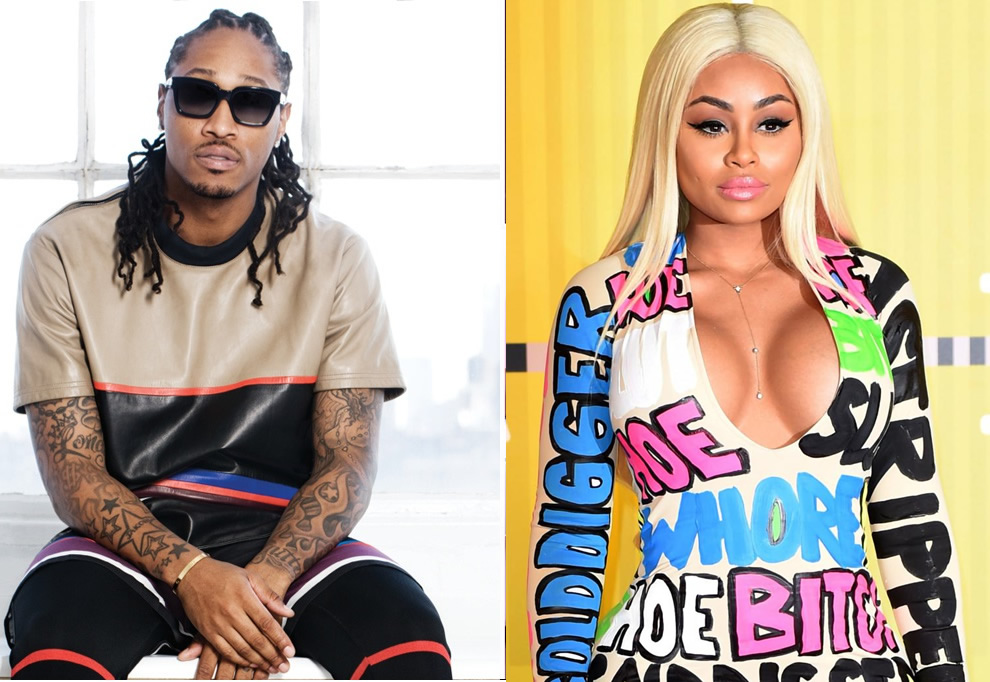 Whether or not she was trying to make Future’s ex, Ciara, jealous, this new tattoo for Blac Chyna makes it pretty obvious that she is over her ex, rapper Tyga, who is now dating Kylie Jenner, half-sister of reality TV star Kim Kardashian. In fact, Kylie Jenner herself recently revealed a small red heart tattoo on the back of her arm that appears to have been inked in honor of Tyga, and Tyga got a tattoo on his arm of Kylie’s name. So, if we are to believe the implications behind all these tattoos, Kylie Jenner and Tyga are happily in love and Blac Chyna and Future are definitely dating, although they apparently don’t want anyone to know…