Canada’s new prime minister, Justin Trudeau, has been getting a lot of attention lately for his youthful good looks, athletic build and “luscious” mane, but it’s the bad-ass raven tattoo on his shoulder that has us gaping at the 43-year-old, who sources say may be the only world leader to rock ink at the next G8 summit in Japan. Justin Trudeau’s tattoo, which is actually two pieces, is inked on the upper part of his left arm and features a colorful image of planet Earth in the center of what appears to be a tribal raven image.

Justin Trudeau’s tattoo was first revealed several years ago, when he sparred with political rival Patrick Brazeau in a charity boxing match, which Trudeau won, of course. At the time, Trudeau described his ink, saying, “My tattoo is planet Earth inside a Haida raven. The globe I got when I was 23; the Robert Davidson raven for my 40th birthday.” According to a report by BBC, Trudeau’s tattoo design is borrowed from the Haida people indigenous to Canada’s Pacific Northwest, which holds a personal and cultural significance for the Canadian prime minister. BBC reports that the Trudeau family were made honorary members of the Haida tribe in 1976, during the second term of Justin Trudeau’s father, Pierre, who served as prime minister of Canada from 1968 to 1979. 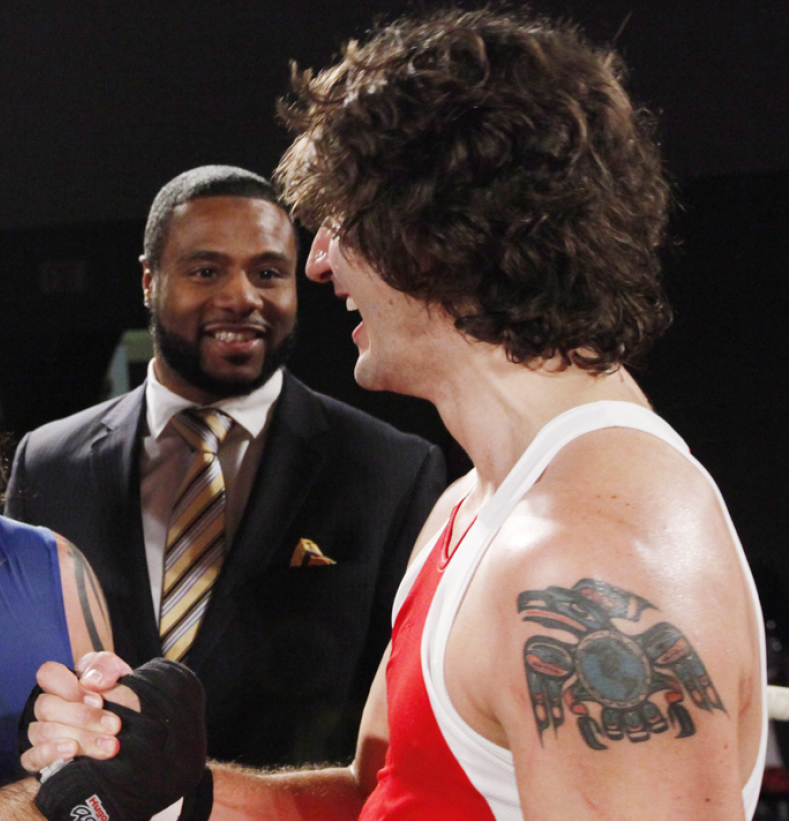 Even more surprising than the fact that the newly-elected Canadian prime minister has a tattoo of a raven on his arm is that fact that several of history’s most notable commanders in chief have been tattooed, including Teddy Roosevelt, Andrew Jackson, Russian Tsar Nicholas II, and British monarchs George V and Edward VII. According to the same BBC report, Teddy Roosevelt had his family crest tattooed on his chest, Andrew Jackson was rumored to have a tomahawk tattoo on his thigh, Tsar Nicholas II had a dragon tattooed on his arm, and George V and Edward VII both had a Jerusalem cross tattooed on their arms.

What do you think of Justin Trudeau’s raven arm tattoo and the fact that he is more than willing to put it on public display?