Hilary Duff recently confirmed that, after finalizing her divorce from ex-husband Mike Comrie this past February, she is dating her trainer, Jason Walsh. That’s not the only exciting new thing in Hilary Duff’s life though; the Younger actress also got a new tattoo of a pair of rosebuds, done by the master of delicate, minimalist tattoos, Dr. Woo. Hilary Duff’s new tattoo was done on October 4, and features two small stemless roses, inked in black and gray.

On October 5, Hilary Duff posted an Instagram snap of herself and Dr. Woo, mid-tattoo-session, and captioned the photo, “Had a good hand with @_dr_woo_ yesterday and I’m loving my rose.” She followed that up with a photo of the completed ink, located on the back of her upper left arm, along with the caption, “There she is. Thanks again @_dr_woo_.”

In the photo of Hilary Duff’s roses tattoo, you can also see what appears to be a faded tattoo of a crescent moon, a triangle and an arrow, a piece that was originally believed to be temporary. Hilary Duff also has a ghost “ride or die” tattoo she got with bestie Alanna Masterson in 2014, a red heart tattoo on her wrist, and the word “shine” inked on the inside of her finger. And that’s not all. “I have a bunch of little guys inside my arms,” the actress said during an appearance on The Ellen DeGeneres Show back in July. “I think that part of me loves tattoos and part of me doesn’t want the full commitment of getting to see them all the time. So, when my arms are down I look just like a normie and when my arms are out I look super hardcore, like a gangster.” 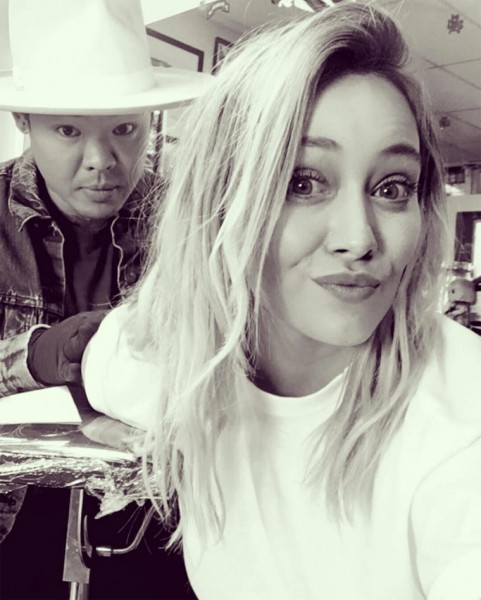 Rose tattoos, especially ones that feature rosebuds just preparing to open, traditionally represent hope, balance and new beginnings, and with a new boyfriend, a beautiful little boy named Luca, and a promising TVLand series in the pipeline, Hilary Duff has plenty to look forward to! 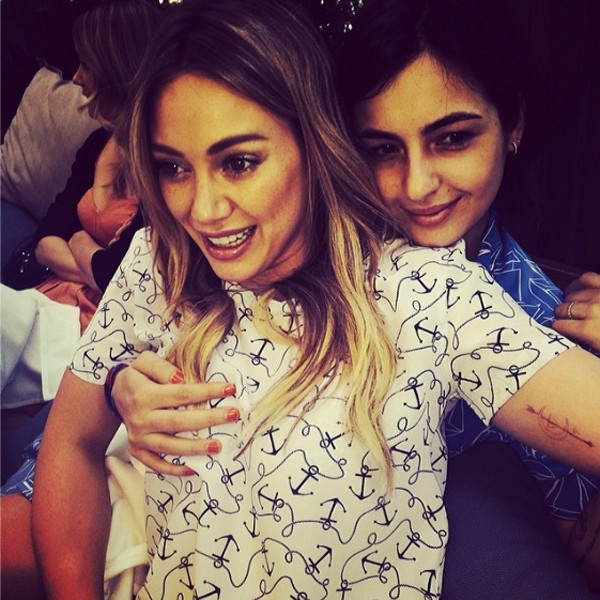