For Jaden Smith, 2016 has been the summer of biodegradable water boxes and non-stop death hoaxes, but the actor and rapper’s girlfriend, model Sarah Snyder, got a new “JNS” tattoo on her thigh, and it proves not only that Jaden Smith is alive, but that he and Sarah are very much in love. There are several different theories out there about the meaning behind Sarah Snyder’s tattoo, but our favorite is this: “Jaden n’ Sarah.” Super cute, right??

Sarah Snyder’s new tattoo was done by the master of micro tattoos, Jonathan “JonBoy” Valena, on September 22, and features the letters “JNS” inked in thin, red capital letters on the outside of her left thigh. The following day, the NYC-based celebrity tattoo artist posted photos of the thigh tattoo on Instagram, captioned simply “JNS,” which didn’t help clear up the meaning of the ink at all.

According to one working theory, Sarah Snyder’s tattoo is a declaration of love for Jaden Smith, but the ink definitely doesn’t represent his initials, being that the 18-year-old’s full name is actually Jaden Christopher Syre Smith. It’s possible, then, that the “JNS” tattoo stands for “Jaden n’ Sarah, or that the “J” and “N” represent the first and last letters of Jaden’s name, following by an “S” for his last name, Smith. 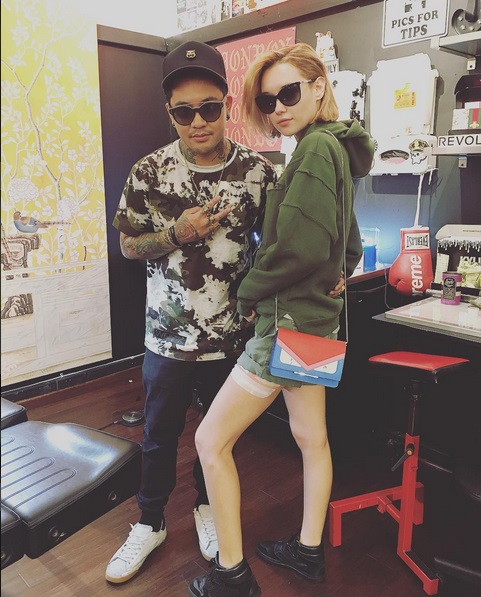 Whatever the significance behind Sarah Snyder’s tattoo, we love the design of the ink, which features JonBoy’s signature delicate style in the thin, red letters. One of the best in the business, JonBoy has become famous for his fine-line tattoos, and has decorated the bodies of Zayn Malik, Hailey Baldwin, Justin Bieber, Kylie Jenner, and most recently, Sofia Richie, with his simple, miniature pieces. 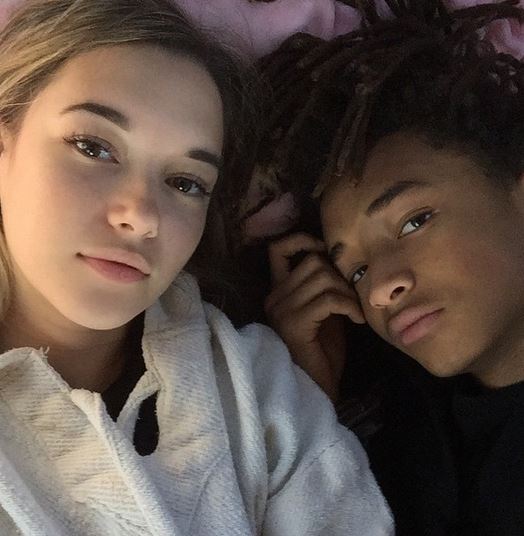 It’s also worth noting that Sarah Snyder’s thigh tattoo was done in red ink, which is right up Kylie Jenner’s alley. The model has said in the past that she likes red-ink tattoos because the color is “different,” and Kylie currently rocks several red pieces, including a “Mary Jo” tattoo on her bicep, a squiggly red “M” on her finger, a tiny red heart outline on her arm, and a red tattoo on her hip of the phonetic spelling of “sanity.”

So, what do you all think of Sarah’s new “JNS” tattoo?? Is it a loving tribute to Jaden Smith, or something else entirely?