It must feel like the ultimate form of flattery for pop stars to find out that die-hard fans have had their song lyrics inked on their bodies, and some singers (ahem, Lady Gaga) have so strongly believed in their own work, that they have gotten tattoos dedicated to their own album titles and favorite tracks. It makes sense that some people would have such an emotional connection to certain song lyrics though, and as tattoos become more and more mainstream in today’s world, it’s not surprising that fan tattoos inspired by pop stars’ song lyrics have become so popular. Check out these awesome tattoos dedicated to music that has obviously had a lasting impact on these devoted fans’ lives.

1. Tattoo of Drake’s “If You’re Reading This It’s Too Late” Album Title

When Drake unexpectedly released his “If You’re Reading This It’s Too Late” mixtape in February 2015, he probably had no idea this dedicated fan would head to the tattoo shop to get the album artwork inked on the back of his neck. 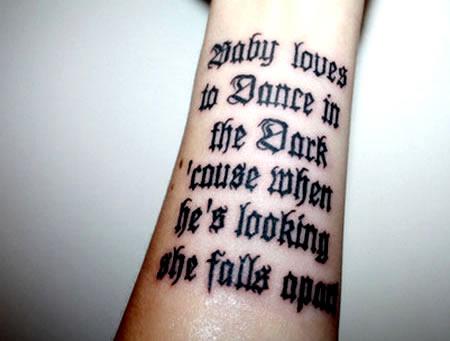 This Lady Gaga fan was so inspired by the singer’s “Dance in the Dark” track off her Fame Monster album, that they got a large arm tattoo of the song lyrics, “Baby loves to Dance in the Dark ‘cause when he’s looking she falls apart.” 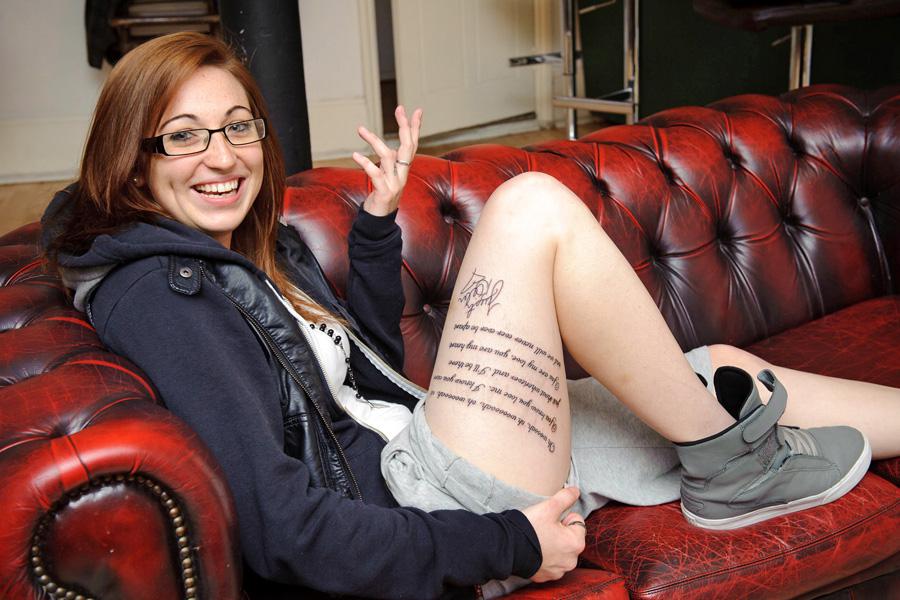 This is one for the record books, folks. This loyal fan girl won a competition and, as her prize, got the lyrics to Justin Bieber’s 2010 song “Baby” tattooed on her leg. She even got a Justin Bieber look-alike to sign below the tattoo, and then had the signature inked on her leg as well.

You can’t talk about impressive fan tattoos without mentioning Carl McCoid, a 40-something British guy who has dozens of Miley Cyrus tattoos inked on his body, including portrait tats and ink inspired by her various song and album titles.

5. “I’m Only Here Because You Stole My Heart” One Direction Fan Tattoo 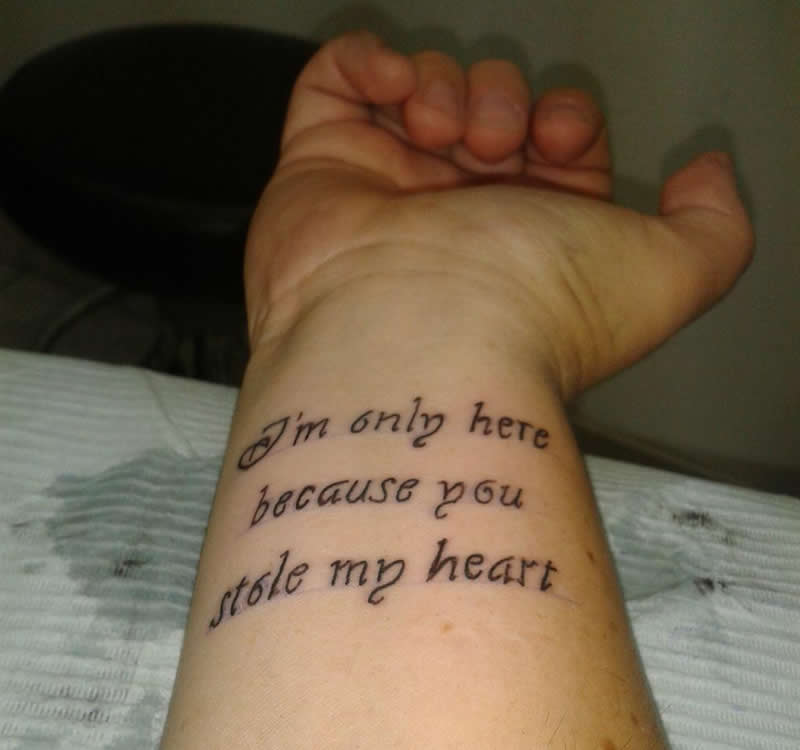 One Direction may be in danger of breaking up, but this fan will probably never regret this tattoo inspired by the band’s “Stand Up” song lyrics…right??

6. Lady Gaga “Find Your Freedom in the Music” Fan Tat 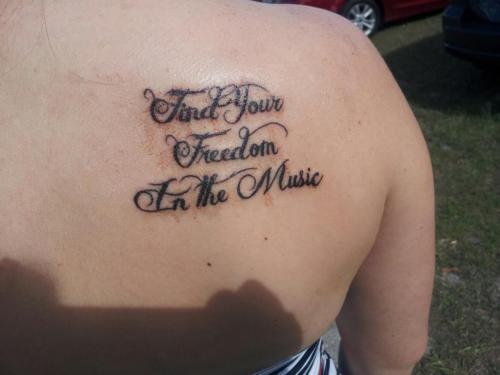 Lady Gaga definitely seems to be the most influential artist when it comes to fan tattoos, like this girl’s back tattoo of the lyrics from Gaga’s “Dance in the Dark” track.