Little smiley face tattoos are HOT lately, just ask Cara Delevingne (who recently had FIVE of them inked) and now Demi Lovato with a brand new lil tat of a smiley face on her finger! Demi’s latest tattoo features a simple black smiley face inked on the pad of her left-hand pinky finger, and joins plenty of other simple but meaningful tattoos the singer has gotten over the years, including the “Stay Strong” tats on her wrists, the Roman numeral birth date tattoo on her side, and the “faith” tattoo on her forearm.

Demi showed off her new pinky finger tattoo via Instagram on August 7, posting an adorable GIF in which the smiley face on the pad of her pinky is blurred out and then comes into focus. She captioned the post, “Cause life’s too short not to tattoo your pinky,” with a laughing-crying emoji face. There are probably plenty of tattoo-lovers out there who would agree with her, including David Beckham, Kylie Jenner, and Iggy Azalea, all of whom are currently rocking tattoos on their pinky fingers. 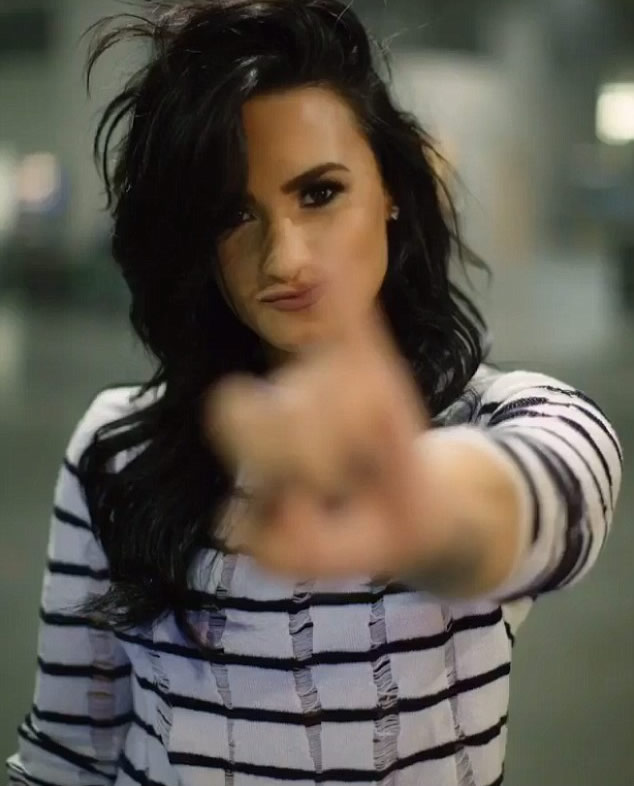 Although Demi Lovato officially debuted her smiley face tattoo over the weekend, the inspirational ink was actually done earlier than that, as the 23-year-old was sporting the finger tat during a performance in Rosemont, Illinois last Tuesday. No word yet on who inked Demi’s smiley face tattoo, but the pop star is pretty fond of celebrity tattoo artist Kat Von D, who gave her the flock of birds tattoo on her forearm back in 2012. 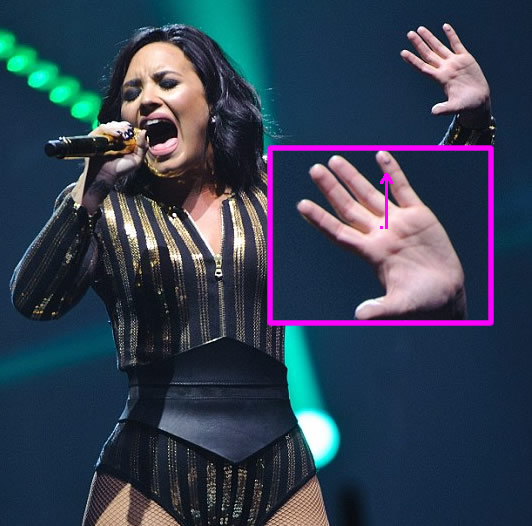 It may seem like Demi Lovato’s tattoo is just a fun and cheeky inking, but the smiley face actually holds a tremendous amount of meaning for the singer, whose struggles with bulimia and cutting led her to spend several months in a rehab clinic in late 2010. In fact, prior to the Rosemont performance where eagle-eyed fans first spotted her new tattoo, Demi actually spoke out about her experience with mental illness at the Democratic National Convention (DNC), urging lawmakers to pass legislation that would improve people’s access to quality mental healthcare. “We can do better,” Demi told the crowd before her performance at the DNC. “This is not about politics, it is simply the right thing to do.”