Rihanna and Drake aren’t the only celebrities who have hit up Keith “Bang Bang” McCurdy for some new tattoos recently; Demi Lovato also went under the needle this week for some fresh ink, namely a pretty significant upgrade to her “you make me beautiful” ribcage tattoo. Demi Lovato’s new tattoo features a large dreamcatcher with intricate waterfall beading and three small feathers, which Bang Bang inked around the pop star’s original tattoo on her right ribcage of the phrase “you make me beautiful,” which already had two large feathers below it.

The “you make me beautiful” tattoo on Demi Lovato’s side was one of her very first pieces, done back in 2008, when she was only 16 years old. According to Demi, the phrase “you make me beautiful” is from one of her favorite songs by Bethany Dillon, titled “Beautiful,” which the singer says changed her life. “It’s one of my favorite songs ever and I got it because I was dealing with self-image issues,” Demi once said about her ribcage tat, which she revealed in the months leading up to her 18th birthday, and which gave the world its first glimpse of the young star’s struggles with bulimia and self-harming. “The words were so encouraging and lifted me through a really dark time in my life. It’s kind of a Christian tattoo, so for me it’s religious,” she said. 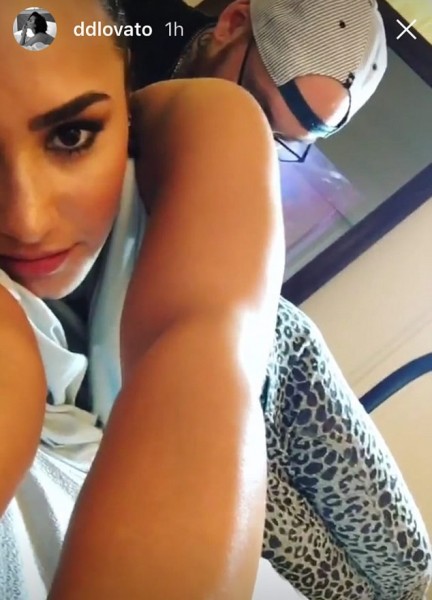 A little over a year after debuting her “you make me beautiful tattoo,” Demi Lovato showed off a new addition to the ink – two feathers extending from below the lyrics down her ribcage – and now she has added to the meaningful piece yet again. In a series of Snapchat and Instagram stories posted on September 5, Demi shared the new upgrades to her side tattoo, which now features a large dreamcatcher similar to the dreamcatcher tat Miley Cyrus has inked on her own ribcage. The dreamcatcher has also has three small feathers and some intricate beading, all of which was done by Bang Bang. 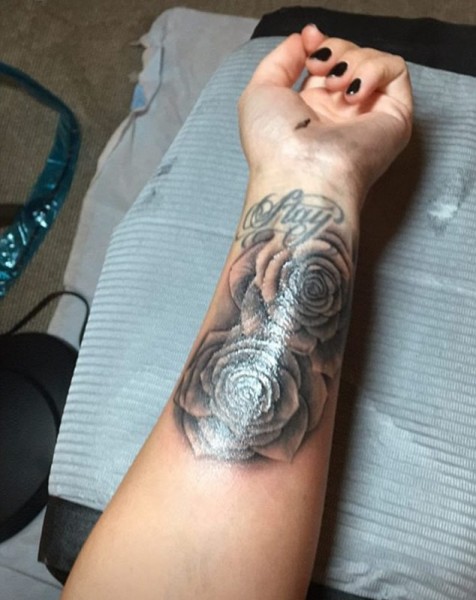 This latest piece marks tattoo number for 19 for Demi Lovato, who obviously enjoys getting inked, and asked her Twitter followers on Monday, “Why is the feeling of getting tattooed so addicting?!” In addition to her new dreamcatcher tat, Demi also had Bang Bang touch up the roses tattoo she got on her wrist last year to cover up her unfortunate lip print wrist tattoo, which she thought looked like a vagina. What do you all think of Demi Lovato’s new side tattoo??