Paris Jackson was channeling a combination of Demi Lovato and Miley Cyrus when she got her latest tattoo – a colorful tattoo of two feathers inked behind her right ear. Paris has been on quite the tattoo spree lately, debuting several tattoo tributes on her right hand, dedicated to David Bowie, Van Halen, Prince, and her late father, Michael Jackson, just last month, and her newest tattoo features an image of two crisscrossed feathers tattooed behind her ear. The feathers are tied together at the quill with red ribbon, and have turquoise and red beads inked at the end of each feather.

Paris debuted her new feather tattoo on Instagram on July 31, captioning the close-up photo of the fresh ink, “Couldn’t ever ask for better ink than from my man @dermagraphink!” In the photo, Paris is sporting her signature punk hairstyle and a colorful, spiked earring. The artist responsible for inking Paris Jackson’s latest tattoo is Justin Lewis of Timeless Tattoo in Hollywood, the same guy who gave the 18-year-old her red “BAD” hand tattoo in July.

Feather tattoos have been around forever, and while there are a variety of possible meanings for feather tats, they most often symbolize protection, freedom and spirituality. Like Paris, pop star Demi Lovato also has a feather tattoo inked behind her ear, which she got in the back of a tour bus at Warped Tour way back when. Demi has another more meaningful feather tattoo inked on her ribcage, along with the phrase, “You Make Me Beautiful,” inspired by the Bethany Dillon song, “Beautiful,” which Demi says “changed her life.” This tattoo is very similar to the feather dreamcatcher tattoo Miley Cyrus has inked on her own ribcage – a symbol of protection for her four siblings, Noah, Braison, Trace and Brandi. 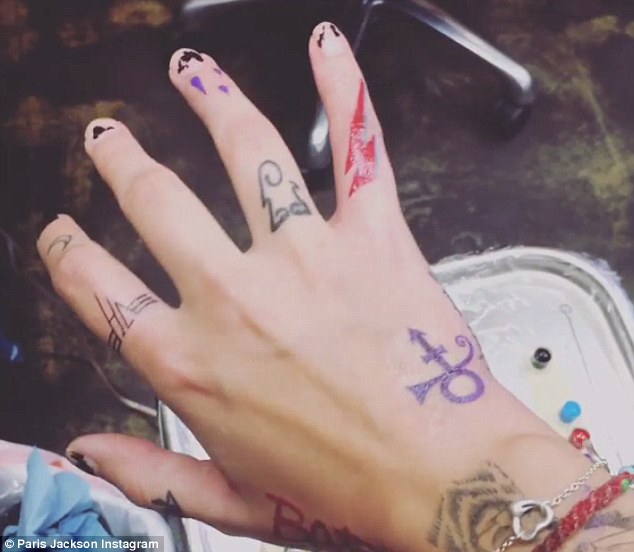 Most of Paris Jackson’s tattoos, which probably number in the dozens at this point, are dedicated to the people she holds closest to her heart – her father, her grandmother and some iconic musicians that she obviously admires, like Prince and David Bowie. Although Paris has yet to reveal the meaning behind her new feathers tattoo, she previously revealed that her growing collection of ink is her way of rewriting her own history and erasing a painful past. “I appreciate art, I always have. Especially when that art means something to me,” she wrote on Instagram in June. “Today I can look at my inner forearms and see art that has meaning for me, I don’t see a dark past anymore.” 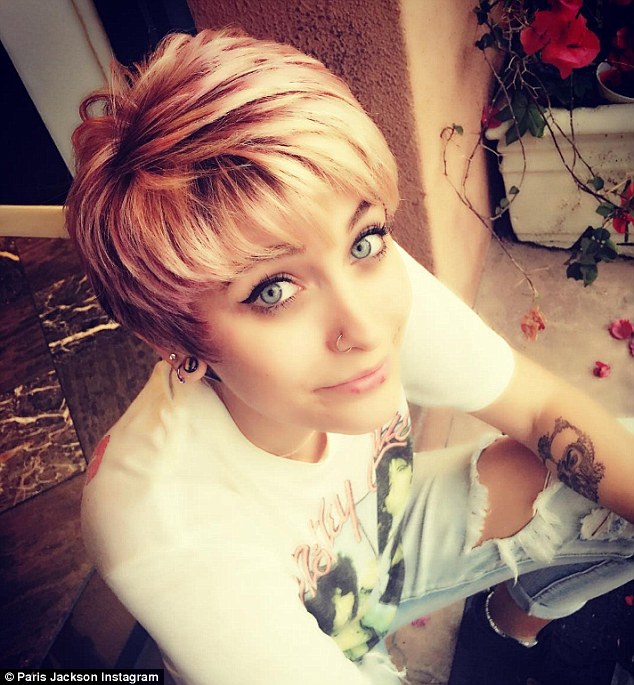