Gigi Hadid’s little sister, Bella, has officially become an angel; the 20-year-old walked the runway at the Victoria’s Secret Fashion Show in November, something she’s been dreaming about since she was a little girl, and this past weekend, she had celebrity tattoo artist JonBoy give her a permanent pair of wings, most likely to celebrate the occasion. Bella Hadid’s new tattoo was done on January 15, and features a pair of tiny angel wings inked in black on the inside and outside of her right ankle.

It was a pretty big deal when Bella Hadid made her Victoria’s Secret Fashion Show debut alongside big sister Gigi and gal pal Kendall Jenner, and when she first booked the show, she shared an emotional message on Instagram about finally realizing one of her childhood dreams. “What a dream come true,” she wrote. “I feel so appreciative and excited! Thank you for this opportunity to walk next to some of the most inspiring and incredible women in the world.”

When it comes to the Hadid girls, it’s not so farfetched to imagine that the sisters have been dreaming about walking in the Victoria’s Secret Fashion Show since they were little girls, being that their mother, Yolanda, was a successful model in her own right in the 80s. In fact, when Yolanda found out that her daughters would be walking the runway together in November, the proud mama shared an adorable photo on Instagram of a baby Bella and Gigi, each wearing nothing but a pair of white angel wings. Very Victoria’s Secret. 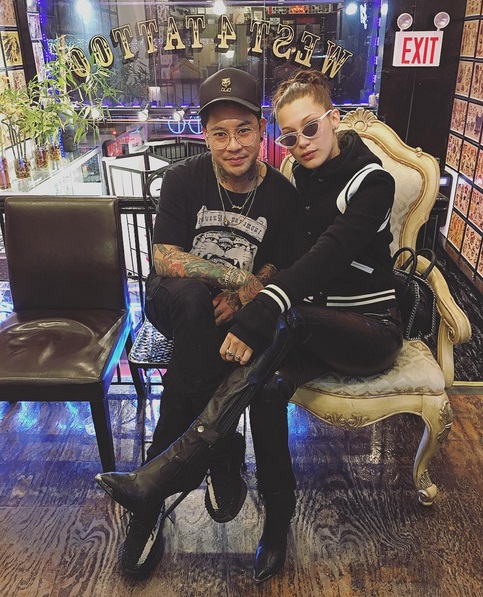 This seems like the most likely meaning behind Bella Hadid’s new tats, but there are also rumors flying around that the model’s little wings have something to do with her recent split from The Weeknd. The longtime couple went their separate ways just a few months ago, and the breakup has hit Bella hard, especially since the R&B singer was recently spotted cozying up to Selena Gomez. “She is actually not over The Weeknd. She still loves him,” one source says. “They are on fine terms, but she is bitter about the romance with Selena.” JonBoy captioned one of his Instagram photos of Bella’s new tattoo “fly,” so it’s possible Bella’s wings are more about freedom and starting fresh after the painful breakup. 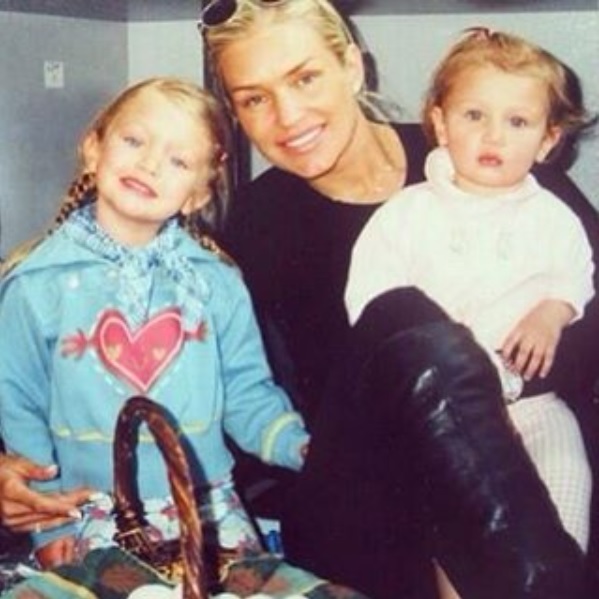 Another possible explanation for Bella Hadid’s tattoo is a tribute to her mother, Yolanda. The Real Housewives of Beverly Hills alum turned 53 on January 11, and the same day Bella headed to JonBoy’s tattoo shop, the family gathered together for a celebratory dinner in Yolanda’s honor. Bella also shared a sweet throwback photo of herself, Yolanda and Gigi on Instagram, captioning the snap, “Today marks the day that our beautiful angel, my best friend and mother was brought into this world! Happy birthday sweet mama.” She included in the caption a series of heart emojis and doves, which JonBoy also used in his own photo of Bella’s tattoos.

Why do you all think Bella Hadid got a pair of wings tattooed on her ankle? Share your guesses in the comments section below!