We all know that Margot Robbie loves tattoos, especially when she gets to give them to other people, so when the Wolf of Wall Street actress secretly married long-time boyfriend Tom Ackerley last week, it only made sense that she would ink him and some of the couple’s closest friends with a permanent reminder of their wedding day.

Photos of Margot Robbie’s DIY tattoo jobs cropped up on Instagram last week, and in them, the 26-year-old can be seen inking up some of her friends with an “XIX” Roman numeral tattoo marking the day she and Ackerley tied the knot in a top-secret ceremony. Many of the wedding guests got their “XIX” tattoos on their wrists, as a permanent reminder of the couple’s special day.

Margot Robbie and Tom Ackerley have been dating since 2013, and the couple said “I do” in front of some of their closest friends and family members in Australia on December 19. During the ceremony, the actress broke out the tattoo gun she was gifted by a friend after wrapping The Legend of Tarzan in 2016. 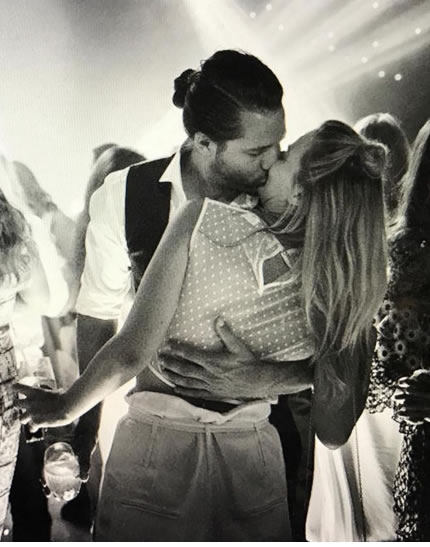 She may not look like your typical tattoo artist, but this isn’t the first time Margot Robbie has given someone a DIY tattoo. She admits that she’s not licensed to give permanent tattoos, but says she has been inking people for months. “I don’t know what the rules are, but you can buy a tattoo gun on eBay,” she said. “I’ve done about 50 tattoos now. And I’m getting worse!”

While filming Suicide Squad last year, the actress gave several of her co-stars “SKWAD” tattoos commemorating their time together on set, and she also gave model-turned-actress Cara Delevingne “toemoji” tattoos of smiley faces on the bottom of her toes. The best part is, she inked all of these tattoos dressed as her Suicide Squad character, Harley Quinn. 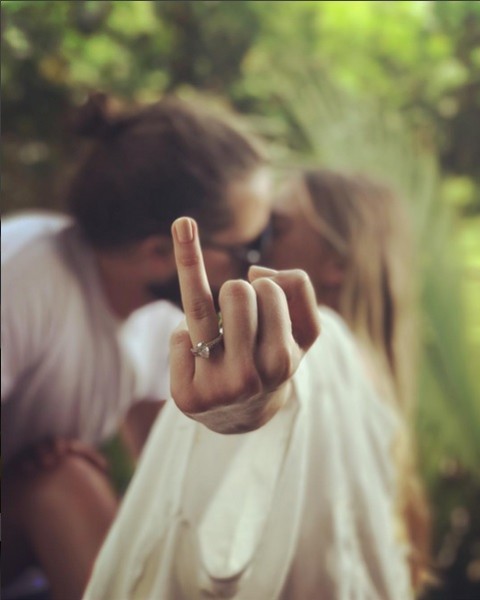 Although Margot Robbie absolutely loves doing DIY tattoos, the tats aren’t exactly of great quality. “Picture what a 4-year-old would draw and stick it on your fridge. That’s kind of one of my tattoos,” Margot told ET about her memento tattoos. “Like little stick figures.” Now some of her closest friends and families have one-of-a-kind Margot Robbie wedding date tattoos!