Pop star Kesha has been tied up in a bitter legal battle with Grammy-nominated music producer Dr. Luke for years now, and while the singer currently has little control over her music career, thanks to the ongoing court case, she has total control over what she inks on her body. She proved this fact just last week, when she revealed some new ink on Instagram – a large, colorful tiger tattoo on the back of her left hand. Kesha’s powerful new tattoo was done by her go-to tattoo artist, Derrick Snodgrass of Saved Tattoo in Los Angeles, as her acrimonious feud with Dr. Luke rages on.

The battle between Kesha and Dr. Luke began in 2014, when the pop star claimed the music producer had been emotionally and physically abusive towards her since the beginning of their relationship, when Kesha first moved to Los Angeles. According to Kesha, Dr. Luke drugged and raped her, psychologically abused her for nearly ten years during the course of their professional relationship, and threatened to destroy her career if she ever told anyone about the abuse. Dr. Luke denied the allegations of abuse and filed a countersuit against Kesha, who claims that the producer is set on leaving her penniless.

According to Kesha’s lawyer, Dr. Luke is preventing the singer from releasing any new material, and, though she has been working on a new album, “not one song has been approved, no release date has been set, and there has been no agreement on the critical issue of whether the album will be promoted commensurate with an artist of Kesha’s stature and historical success,” her lawyer claims. “You can get a divorce from an abusive spouse. You can dissolve a partnership if the relationship becomes irreconcilable,” reads Kesha’s latest counterclaim against Dr. Luke. “The same opportunity – to be liberated from the physical, emotional, and financial bondage of a destructive relationship – should be available to a recording artist.” 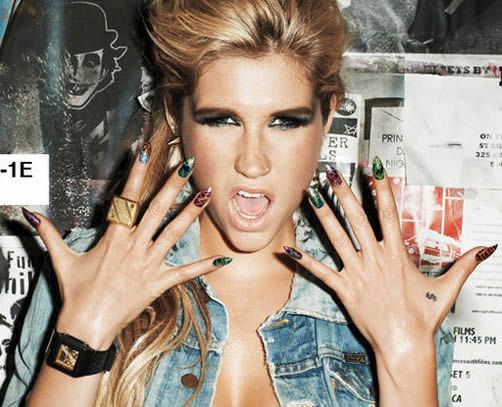 Though the feud between Kesha and Dr. Luke has been dragging on for years now, the singer refuses to go down without a fight, and it’s possible this new hand tattoo is a symbol of her determination to stand up for her rights. Kesha debuted her fresh tiger ink on Instagram on February 1, captioning the fierce tattoo, “f**in meow.” The artist who inked Kesha’s tattoo, Derrick Snodgrass, is responsible for much of the pop star’s ink, including the tiny “psychedelic” whale tattoo she had inked on her arm last month, and the narwhal tattoo she had done late last year.