**Update: In an Instagram pic posted by Kylie on February 23, 2016, the model finally revealed the design of her arm tattoo, which features her grandmother’s name “Mary Jo” inked in her grandfather’s handwriting.

Just three months after getting her now-famous “sanity” hip tattoo, Kylie Jenner has apparently gone right back under the needle, posting a series of Snapchat videos this week of what appears to be the 18-year-old getting a new arm tattoo. Not that we would be surprised if Kylie Jenner became a full-fledged tattoo addict, but this is Kylie’s third tattoo in just six months, the first done just one week after the model celebrated her 18th birthday (and her freedom to get inked without parental permission).

When Kylie Jenner first got her “sanity” hip tattoo in November 2015, she kept the design of the ink under wraps for quite a while, finally letting us in on the meaning behind the tat with an Instagram photo posted a month after it was originally done. In her latest Snapchat posts, uploaded on February 9, you can see Kylie Jenner laid out on a couch under a blanket while a tattoo artist noisily inks the inside of her right arm, but it’s impossible to make out what the tattoo even looks like. 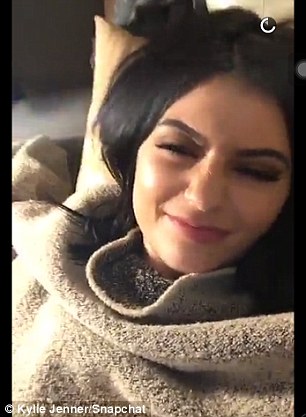 From what we can see in the videos, it looks like Kylie Jenner’s tattoo is being done by New York City-based artist Jon Boy, who fancies himself an “East Coast Dr. Woo,” and emulates the simple and clean designs favored by the famous Shamrock Social Club tattoo artist. Jon Boy is also responsible for inking Kendall Jenner’s white dot and white broken heart finger tattoos, and while Kylie commissioned another famous tattoo artist, Bang Bang, to do her “sanity” hip tattoo, it appears she returned to Jon Boy for this latest ink. 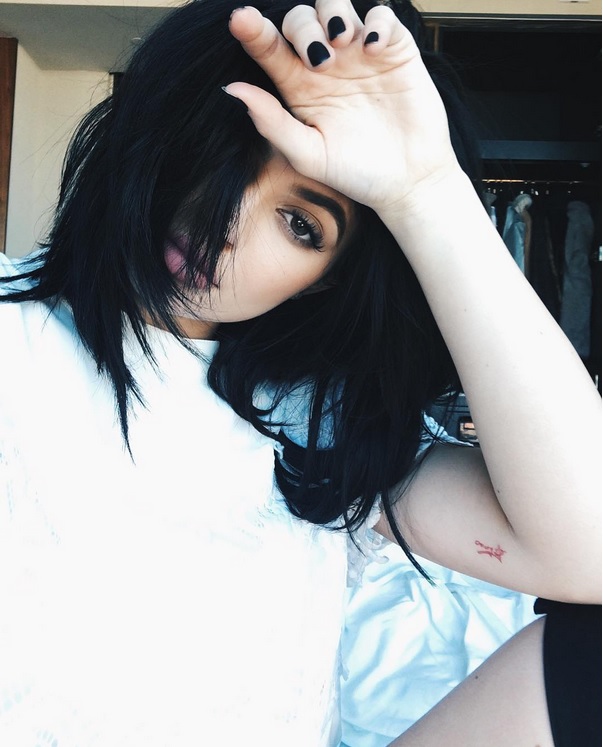 Gone are the days when Kylie and Kendall Jenner were obsessed with inking themselves with temporary Sharpie designs; now both sisters have real tattoos, Kylie with three, including this new one, and Kendall with two…so far. We have a feeling Kylie, if not both her and Kendall, will be going back under the needle before too long, and we wonder what the rest of the Kardashian-Jenner clan thinks about that? In one of Kylie’s Snapchat videos, you can even see Caitlyn Jenner enter the room and remark, “I have no idea what’s going on.”

Check back with us to find out what tattoo Kylie Jenner got inked on her arm!