Kylie Jenner is always up to the challenge of outdoing herself, and the starlet took her sex appeal to new heights over the weekend, showing off her new “sanity” hip tattoo in a series of risqué photos uploaded to Instagram on February 6. In what appears to be some samples from a yet-to-be-released photo shoot by photographer Sasha Samsonova, Kylie poses in just a hoodie and underwear, putting on display the hip tattoo she got in November of the phonetic spelling of the word “sanity.”

A sneak peek of Kylie Jenner’s hip tattoo was first revealed back in November 2015, when the model and reality star posted a video on Snapchat of some new ink on her right hip, and tagged celebrity tattoo artist Bang Bang in the caption. Bang Bang also posted a photo of Kylie’s tattoo session on Instagram, captioning the snap “My newest victim @kyliejenner.” It was obvious at the time that Kylie had gone under the needle for her second tattoo, but unfortunately, in both posts, the 18-year-old beauty’s new ink was impossible to make out. 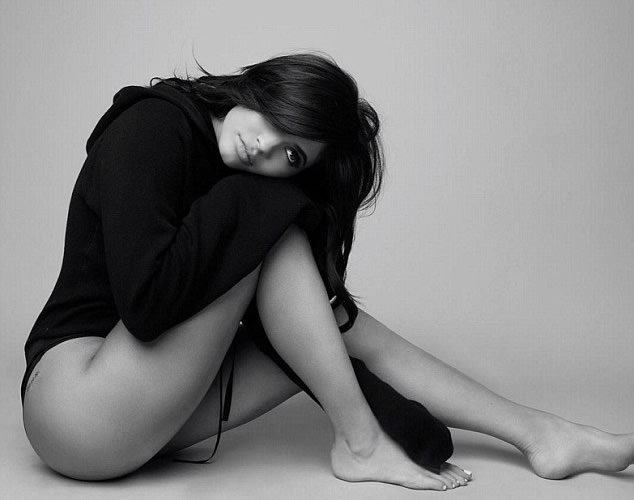 Thanks to a photo uploaded to Instagram by Kylie herself in December 2015, we now know that her hip tattoo features the phonetic spelling of the word “sanity,” inked in red on her right hip, and the sexy new ink is front and center in the black and white photo shoot pics Kylie recently posted on Instagram. Kylie Jenner hasn’t come out and explained the meaning behind her hip tattoo, but we can imagine the 18-year-old needs a little bit of sanity in her life every once in a while, being a Jenner and all. 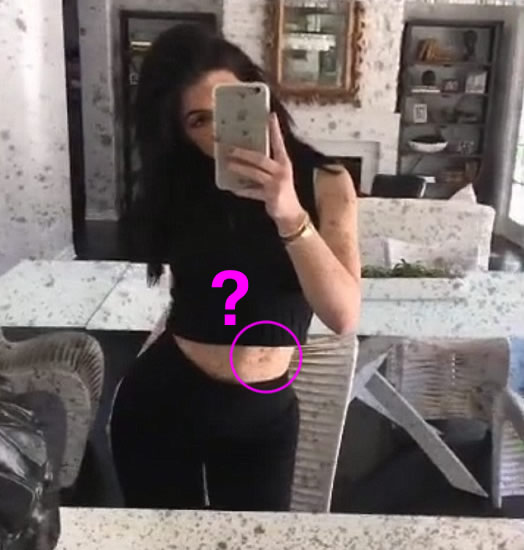 Kylie also shared a mirror selfie on her Snapchat account on February 6, and in the photo, the 18-year-old is sporting what appears to be another new tattoo on her abdomen. Stay tuned to get the inside scoop on Kylie Jenner’s new tattoos!