Liam Payne will never forget the year he was born now, thanks to a new tattoo he’s added to his left sleeve – a negative-space tattoo of his birth year, 1993, located on the back of his left arm. The singer’s new “1993” tattoo is inked vertically down the back of his arm, and is done in such a way that it looks like the numbers are engraved in stone, with “1993” appearing in white and heavily shadowed in black ink. Liam shared the same black and white photo of his new arm tattoo on both his Twitter and Instagram accounts on March 9, captioning the pics simply “1993” with a copyright symbol, a nod to the year he got his start in this life.

Liam Payne’s new tattoo was inked as the pop star presumably awaits the birth of his first child with girlfriend Cheryl Cole. Neither Cheryl nor Liam have made any public comments regarding the child’s impending birth, though Cheryl acknowledged her pregnancy last month in a campaign photo for The Prince’s Trust and L’Oreal Paris, in which the singer is cradling her significant baby bump. Liam and Cheryl have been dating since early 2016, and went public with their romance last May, after Cheryl separated from her now ex-husband Jean-Bernard Fernandez-Versini. Some have speculated that Cheryl may have already given birth, but the couple has not confirmed or denied this rumor. 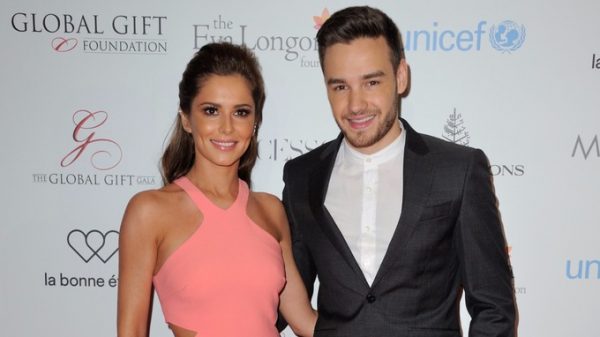 Like some of our other favorite inked-up pop stars, Zayn Malik and Justin Bieber, Liam Payne has built up his full sleeves tattoo by tattoo, and this latest tat is just a piece of the puzzle, much like his more recent tattoos – a skull on his forearm, a family crest with a lion and a medieval knight’s helm on his upper arm, and a massive clock and gears piece on the inside of his arm. His new “1993” tattoo meets up with the scrollwork incorporated into the family crest tattoo on the front part of his arm.

Since Liam Payne has proven himself to be a true tattoo aficionado, we are on the edge of our seats waiting to see what he gets inked next. Our guess is a tattoo tribute to his unborn child, to go along with the tattoo of Cheryl Cole’s eye he had inked on the same arm as his new “1993” tat, back in January. Stay tuned to find out!

A special thanks to PST fan Aimee Reider for help in discovering this tat!!