We all loved singer-songwriter Shawn Mendes’ first tattoo – an exceptionally sentimental piece featuring an acoustic guitar made up of the Toronto skyline, the reflection of trees on a lake, and a sound wave image representing his parents and sister saying “I love you,” all done in black and gray ink. The tattoo, located on Shawn’s right forearm, is obviously incredibly meaningful to the singer – a nod to his love for music, his family and his hometown – but his next tattoo could be incredibly meaningful to YOU. You heard it right…Shawn Mendes is leaving his next tattoo design up to his fans!

Shawn Mendes’ first tattoo was done last June, and now, nearly one year later, the singer is asking his fans to come up with a creative design for tattoo number two, one that commemorates his Illuminate album and world tour. The 18-year-old took to social media to put the task to his artistic fans, writing on Twitter on May 8, “If one of you can create a really cool design with the illuminate theme or whatever really & I love it I will definitely get it tattooed.” A fan account even created the hashtag #TattoosForShawn so the singer could track the designs submitted by fans, to which Shawn responded, “This is awesome, keep going! Haha,” and so far, the tattoos his fans have posted online have been pretty sweet. 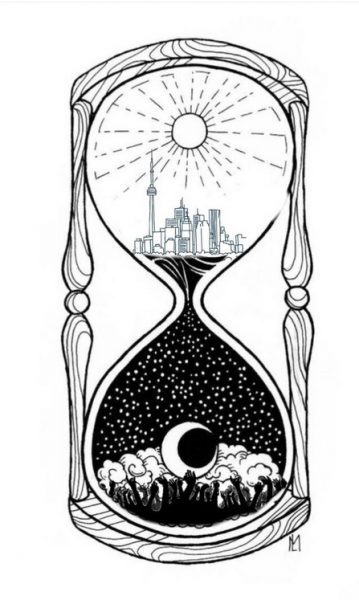 The only requirement Shawn put forth in the tattoo design challenge is that the ink must have something to do with his Illuminate theme, and as such, the tattoos his fans have designed have been pretty unique and awesome, including one with an image of an hourglass, with the Toronto skyline in the daytime at the top of the hourglass, and a concert crowd at night in the bottom. Our favorite Shawn Mendes-inspired tattoo so far was designed by a fan named Nora, who created an image of a lightbulb, playing off the “illuminate” theme, with mountains and trees in the background, a serene lake in the foreground, and a sun (or moon) hanging by a thread, in place of the lightbulb filament. 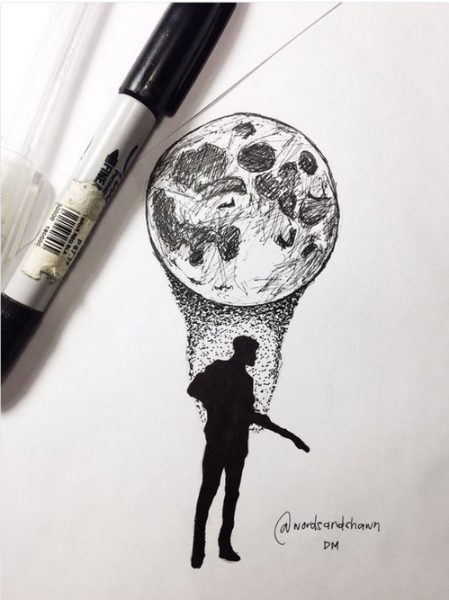 We think this simple but meaningful lightbulb design would make a pretty sweet tattoo for Shawn to ink on his other forearm, opposite the acoustic guitar tat he got last year. What do you all think?? 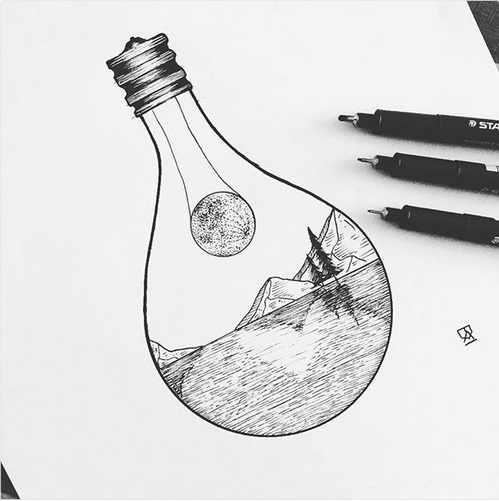 6 Responses to: You Could Design Shawn Mendes’ Next Tattoo!