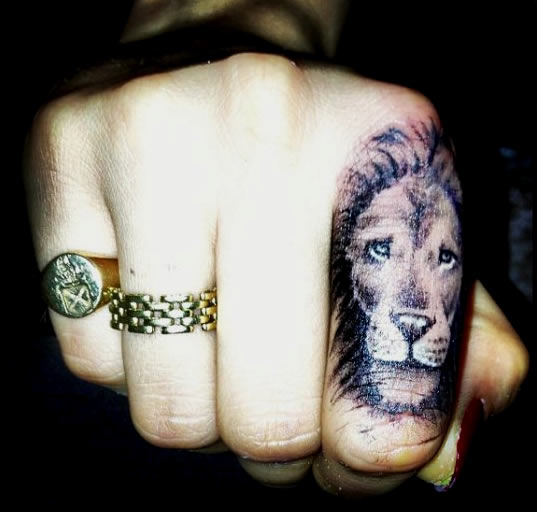 Cara Delevingne’s face is everywhere these days – on the runway, on billboards and now even on the big screen – and during a recent round-table interview at the Trump Hotel in Toronto, the model-turned-actress revealed a little bit about who she is as a person – lion tattoo and all. What we took away from the interview, and what many people already know, is that Cara Delevingne isn’t just a pretty face. The girl has talent, spunk and a sense of humor that sets her apart from other people in the Hollywood world, not to mention a killer lion tattoo that we are oh-so-envious of…

When asked about her infamous lion finger tattoo, which has become a truly iconic piece of art by the way, Cara Delevingne explained: “I’m a Leo. It’s the first tattoo I got. I grew up being fearless in everything. I just used to climb anything.” But, Cara says, “I lost that [sense of fearlessness] when I started modelling. When you work a lot and don’t really know what you want, you just do it because the work is there. I lost that inner fire, so I got the lion to bring that back in my mind.”

We all know what lion tattoo Cara is referring to…the incredibly detailed image of a lion’s face she had inked on the index finger of her right hand back in May 2013. Since Cara Delevingne’s lion tattoo was first dreamed up by celebrity tattoo artist Bang Bang almost exactly two years ago, the ink has become a larger-than-life statement for Cara, helping to bring back her “inner fire,” as she puts it. Lucky for Cara, when she first came up with the idea of a lion tattoo, she had Bang Bang there to refine the concept and make it something that would really get people talking. 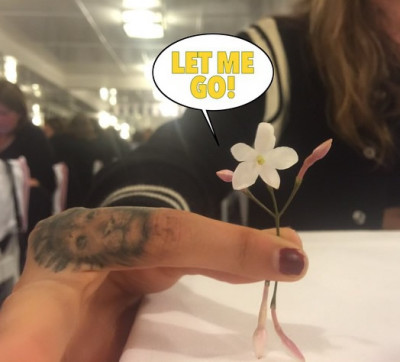 During a 2013 interview with Life+Times, Bang Bang talked about his experience inking Cara Delevingne’s tattoo, saying, “I met Cara and Cara wanted to get her first tattoo, she wanted to write the word ‘Lion’ down her finger. And I told her, I was like, ‘I don’t think that’s very sexy. Why don’t we do a picture of a lion like a piece of jewelry, like to decorate you?’” He went on to say, “Tattooing is so much of a fashion and people don’t really notice, but you got to do something timeless. So I gave her the idea, and she loved it, and we kicked that thing’s ass.”