Despite the fact that her older sister Kim always told her never to get a tattoo, which she believed would be like “putting a bumper sticker on a Bentley,” Kylie Jenner has become quite the tattoo aficionado since she got her first piece – a tiny red heart outline on the back of her arm. Since going under the needle for the first time in August 2015, while celebrating her 18th birthday, Kylie has added several new pieces to her collection, and has shown a real affinity for small red tattoos, which she says are “different.” Check out the complete list of Kylie Jenner’s tattoos below.

When she stepped out in a pair of low shoes and no socks on New Year’s Even to ring in 2017, Kylie Jenner inadvertently showed off a new tattoo on her ankle of a lowercase “t”. It appears Kylie’s ankle “t” tattoo is likely a tribute to on-again/off-again boyfriend Tyga, who has already rocks a “Kylie” tattoo on his bicep.

During a July 2016 session with tattoo artist Rafael Valdez, Kylie Jenner had the word “before” added to the red tattoo on her hip of the phonetic spelling of “sanity,” creating a revamped tattoo that reads “before sanity.”

In May 2016, Kylie Jenner headed back to Jon Boy’s tattoo studio and got a matching red squiggly “M” tattoo on the inside of her pinky finger with BFF Jordyn Woods. In true Kylie Jenner style, the model then gave Jon Boy a tattoo of his own, inking his left arm with her signature King Kylie crown, a heart and a capital K – all in red ink, of course!

For her third tattoo, Kylie Jenner decided to get something a little more personal and meaningful, and commissioned New York City-based tattoo artist Jon Boy to ink a sentimental tattoo of her grandmother’s name “Mary Jo” on her left bicep in February 2016. What makes it even sweeter is the fact that the arm tattoo was done in her late grandfather’s handwriting.

Just three months after getting her first-ever tattoo, in November 2015, Kylie Jenner went back under the needle for tattoo number two – a red piece on her right hip that features the phonetic spelling of the word “sanity.” After getting the unique \′sa-nƏ-tè\ tattoo, Kylie turned the needle on celebrity tattoo artist Bang Bang and gave him a Kylie Jenner original.

1. Tiny Red Heart Outline on the Back of Kylie’s Arm

Kylie Jenner’s very first tattoo was inked in August 2015, just after the model turned 18, and features a small red heart outline inked on the back of her left arm. Kylie shocked a lot of people when she got her first real tattoo, after experimenting with fake Sharpie tattoos for years, especially because it was believed that the tiny red heart tattoo was a tribute to her boyfriend, rapper Tyga. 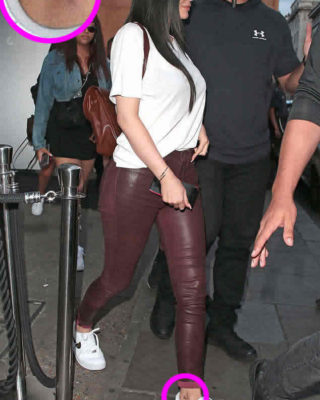 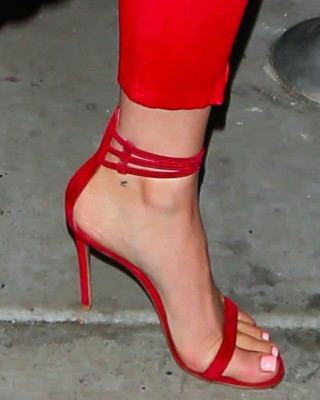 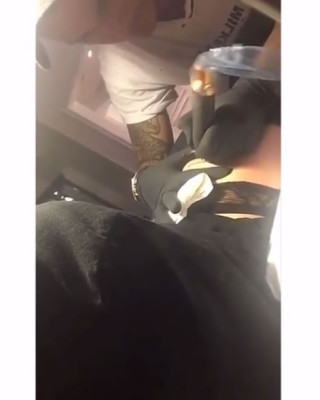 Kylie Jenner May Have Added “Before” Text to Sanity Hip Tattoo 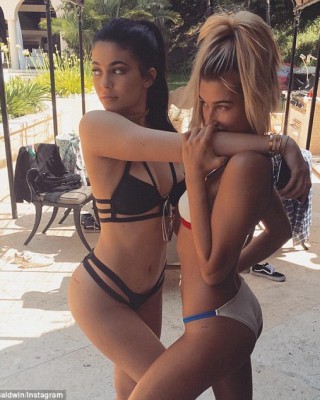 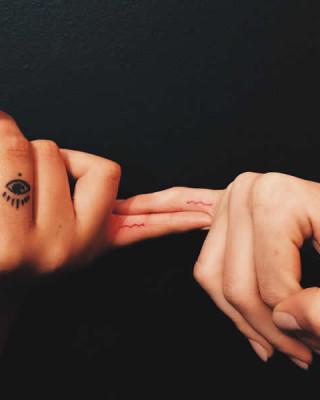 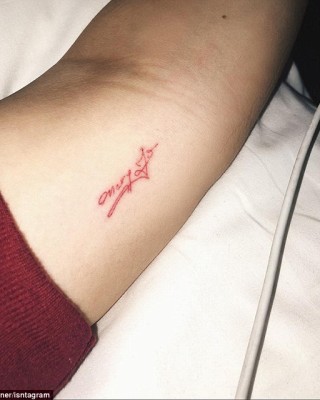 Kylie Jenner’s Mysterious Red Tattoos – Find Out What They All Mean! 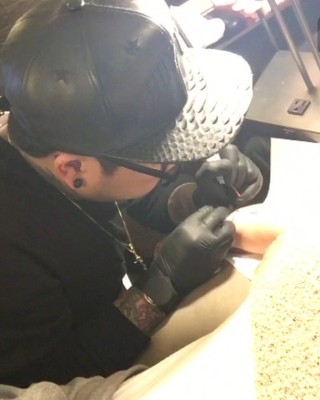 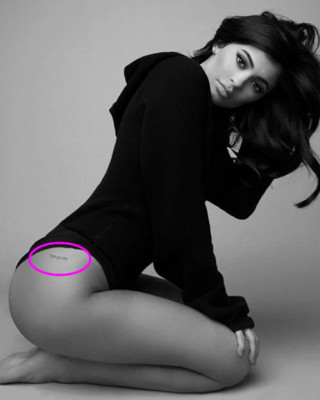 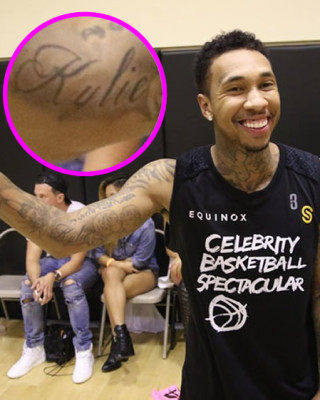 Will Tyga Cover Up His “Kylie” Arm Tattoo Now That the Two Have Called it Quits?? 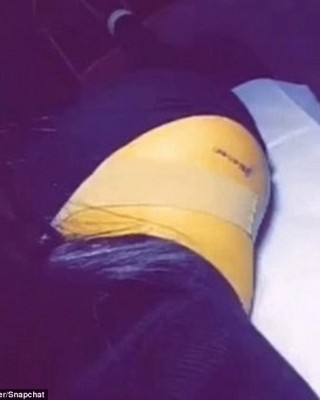 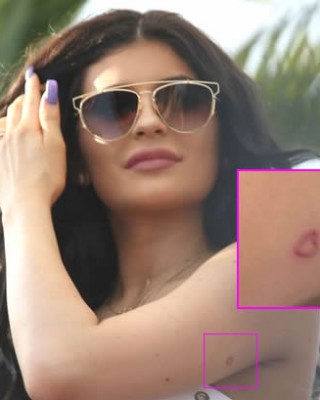