If you’re interested in learning about pop star Pink’s tattoos, you had better set aside a solid block of time, because she’s got 20-plus tats scattered across her body, and there’s a story behind every single one of ’em. From unique ink on her arms and neck, to pretty cool tats on her waist, back and legs, Pink’s tattoos are abundant, interesting and very much…Pink. The singer says she’s done with the ink, but we’re not so sure about that. Check back to stay up to date on Pink’s tattoos and their meanings! 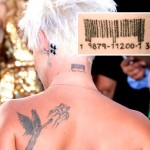 Pink is virtually covered in tattoos, much like her husband Carey Hart, but some of her more discreet artwork is located on her neck. Among Pink’s neck tattoos are the pop star’s bar code tat, which she got inked on the back of her neck to celebrate the release of her M!ssundaztood album in 2001, and the tribal music note she has tattooed behind her left ear. Many of Pink’s neck tattoos have to do with music in some way, which is obviously an important influence in the singer’s life. It makes sense that Pink would have her music-related tattoos inked in a less visible location, since they hold such a personal meaning for her. See more pics & read about the meaning and story behind her neck tattoos…read more 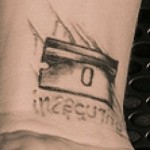 Both arms have seen the needle quite a few times, and there seems to be a common theme among many of Pink’s arm and hand tattoos. Pink has devoted much of the space on her arms and hands to those she holds close to her heart, including her husband, her best friend Laura Jeanne Wilson, and two beloved dogs who have passed away. One of Pink’s largest tattoos is inked on the inside of her right forearm, and features a portrait of her bulldog Elvis, who tragically drowned in 2007, and a Bible verse that reads, “A time to weep, a time to laugh, a time to mourn, a time to dance. Sleep in peace my darling, I release you.” See more pics & read about the meaning and story behind her arm and hand tattoos…read more 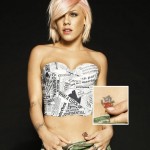 With less and less available space on her inked-up arms and legs, Pink has added tattoos to other parts of her body as well, including her waist. The first waist tattoo Pink got inked was a Japanese symbol for “love” accompanied by a red heart, which is located just above her left hip. Pink is apparently a big fan of Japanese art and kanji tattoos and says that her parents, who owned a number of Japanese items during the singer’s childhood, have played a big role in her admiration for Japanese designs. Pink has plenty of space left on her waist still, so perhaps she will add more tattoos there in the future! See more pics & read about the meaning and story behind her waist tattoos…read more 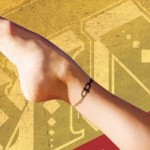 Pink’s first-ever tattoo was the Japanese kanji symbol for good luck and happiness she had inked on her foot at the age of 12. Since then, Pink has developed a bit of a tattoo addiction, and she has a good deal of artwork inked on both of her legs and feet. One of Pink’s largest tattoos is the impressive black dragon she had inked on her left thigh to cover up dimples she has had there since she was born. According to Pink, the large leg tattoo took a whopping seven hours, and is additional proof that Pink loves Japanese tattoo designs! Some of Pink’s other leg and foot tattoos include a pair of dog tags honoring her brother and father, an infinity tattoo inked around her ankle, and a large frog located on the top of her foot. See more pics & read about the meaning and story behind her leg and foot tattoos…read more 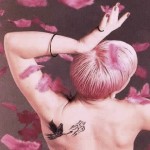 Many people choose to get tattoos because they tell a story, and the pop star known as P!nk is no exception. The second tattoo Pink ever got was the large guardian angel piece she has inked on the upper left portion of her back. In the black and white back tat, a guardian angel is chasing a shooting star, which Pink says represented the fact that she was in trouble and needed help at that time. Pink got her back tattoo at the age of 15, and she was obviously a fan of going under the needle, because in the years since, she has added quite a bit of additional ink to her legs, waist, arms and neck as well! See more pics & read about the meaning and story behind her back tattoos…read more 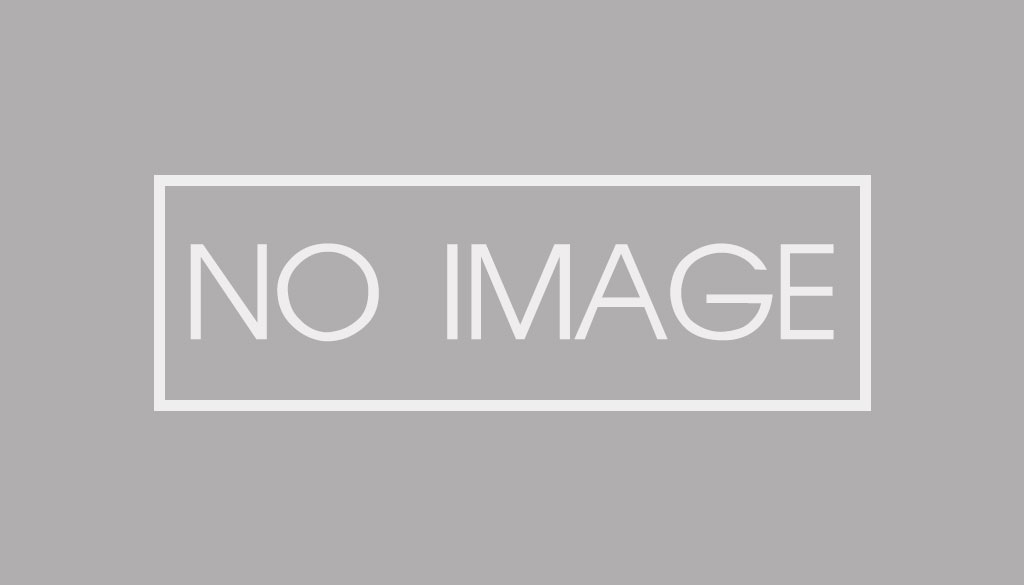 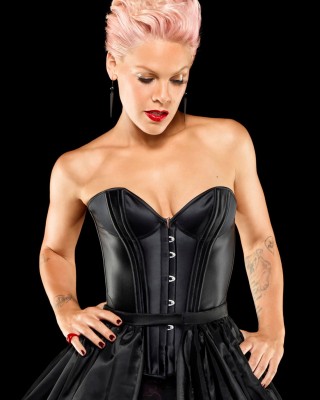 Is Pink Done With Getting New Tattoos?? 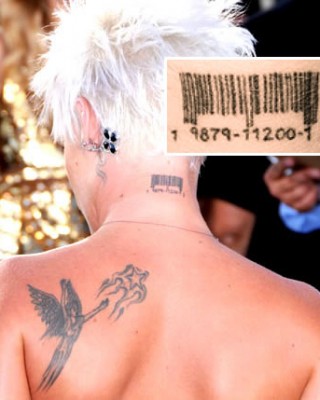 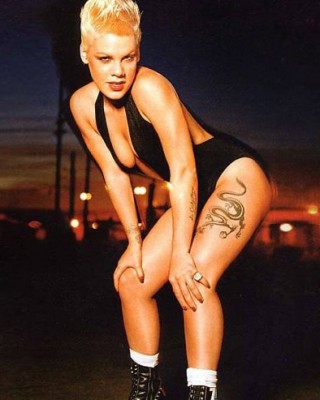 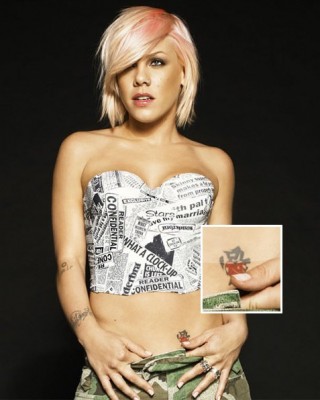 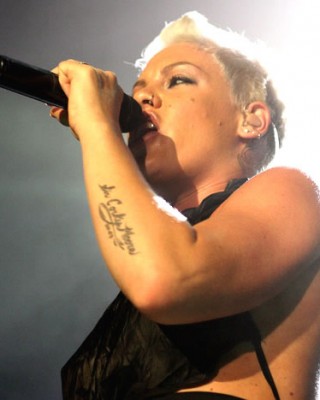