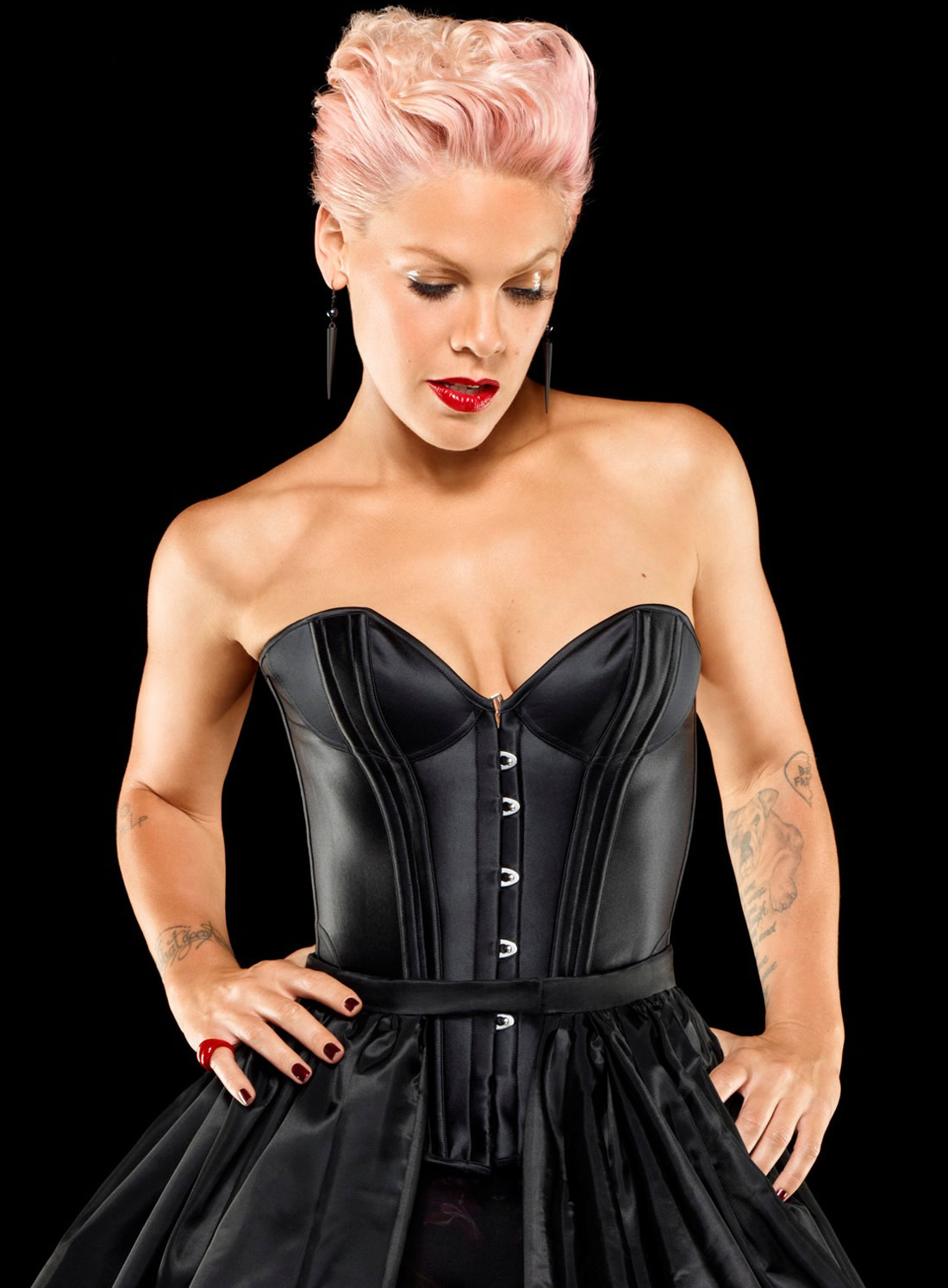 Could it be? Has Pink gone under the needle for the last time? According to the pop star herself, Pink may have hit her tattoo limit, which is not surprising, considering the singer has more tattoos than most people can keep track of. It seems like some of the hottest pop stars out there are competing to see who can get the most tattoos, and Rihanna, Lady Gaga and Miley Cyrus are definitely in the running. If it was truly a competition though, Pink would have no trouble trouncing all other contenders and bringing home the blue ribbon. Pink has acquired an impressive collection of tats throughout the years, and the rebellious singer has even turned herself into something of a tattoo icon. The days of Pink tattoos could be over though, as the pop star claims she is done adding to her collection of body art. Whether she’ll renege on that is yet to be seen, but in the meantime, be sure to check out all the tattoos Pink already has!

Pink Has No Tattoo Regrets

Although Pink may not have any plans for new ink in the near future, she definitely doesn’t regret the tats she already has. As one of the most influential pop-rock singers of this decade, Pink has been an inspiration for others for years, in the way of music, her take-no-bullshit attitude and her many, many, MANY tattoos. “I think they are very incredibly sexy,” Pink says about her tats. “I don’t regret any of mine because they all represent a chapter in my life and that’s what tattoos are for.” Just because she doesn’t regret her tats though, doesn’t mean Pink plans on hitting the tattoo parlor any time soon. During a bare-all interview in September 2012, Pink was asked if she’d be getting a tattoo with the name of her daughter, Willow Sage, who was born June 2, 2011. “Nah, I don’t like tattoos. If I had an eraser, wooch,” she replied, emphatically wiping out two decades worth of ink with the wave of her hand.

Is There a “Willow Sage” Tat in Pink’s Future?

Pink may not seem like the sentimental type, but a tattoo of Willow’s name would go nicely with the tattoo of her husband’s name, which she had inked on her wrist the weekend the couple began trying for Willow (a tat she swore was the only ink she’d never get, by the way). Whether she is done with the ink or not, Pink’s current tattoos definitely do tell a story. “I can explain every single one of ’em and have a good laugh,” she claims. “But if I could start over, I’d do just one big back piece and have a clean [front]. I’m into balance.” Although she may not see it this way, Pink has achieved a sort of quasi-balance with all the tattoos she currently has scattered about her neck, waist, legs, back, arms and hands. Truth be told, we’d be surprised if Pink was done with the ink, especially considering her hubby, Carey Hart, has lots of tattoos himself and even owns a chain of tattoos parlors called Hart & Huntington. With the keys to the shop, we’d be shocked if Pink could stay away!