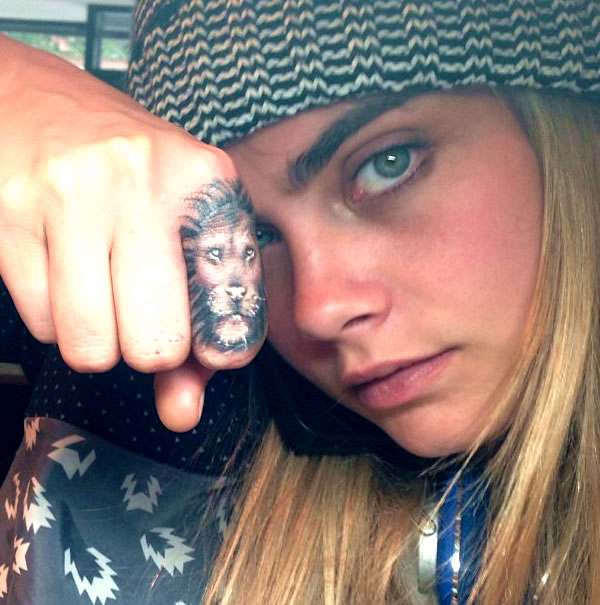 Unless you’ve been living under a rock these past few months, you know that the infamous tattoo artist “Bang Bang” has a book coming out, and in it, he details an interview with Cara Delevingne, whose lion tattoo on her finger contributed to Bang Bang’s initial rise to fame in 2013. British model Cara D. isn’t the only celebrity Bang Bang has inked – he has also done tattoos for Rihanna, Katy Perry, Rita Ora, LeBron James, and once inked Justin Bieber at 40,000 feet aboard his private jet – but she is definitely one of the more interesting and lovable of Bang Bang’s illustrious clients.

Bang Bang’s highly-anticipated book, titled Bang Bang: My Life in Ink, comes out on November 17, but Entertainment Weekly recently published an excerpt from the book, which includes a charming Q&A with Cara Delevingne. In the interview, Cara talks about the inspiration behind some of her more well-known tattoos – including her iconic lion tat and the “bacon” tattoo on the bottom of her foot – and dishes on which body part she will never get inked. Check out the Q&A below: 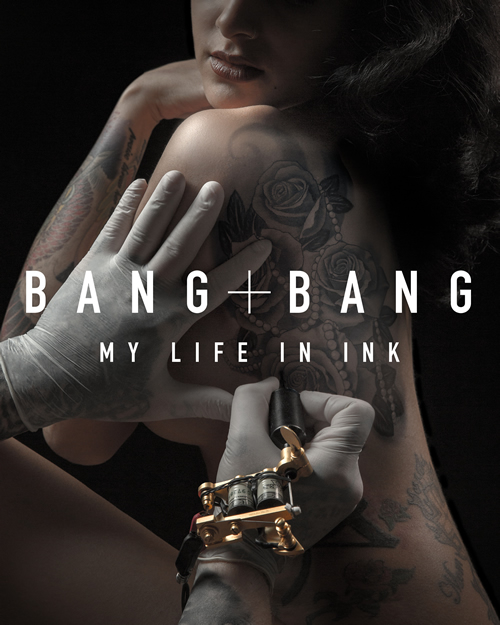 BANG BANG: Is there any place on your body you wouldn’t tattoo?

CARA DELEVINGNE: Um… probably not my face. I’ve already done my ears [she and I have matching diamonds], so anywhere … Hmm. Probably my face. I probably wouldn’t do that. Or my vagina… probably.

BB: Why did you want a “bacon” tattoo?

CD: It’s not just that I love bacon so much; I feel like something about bacon reflects my personality. It’s salty and it’s bad for you and it’s delicious. I just love it so f—ing much, that’s why.

BB: What do the four white dots on your ribs mean?

CD: Each dot represents a member of my family.

BB: If you were to tattoo me again, what would you draw?

CD: A penis is just the first thing that came to my mind. Nah, I would draw bacon on you.

BB: How did it feel when you tattooed me?

CD: It was so scary at first. It was terrifying, but then I actually liked it.

BB: What’s your next tattoo and where are we going to put it?

CD: I want to do something on my legs. Maybe behind my knee, kind of on the back of my calf. I want a nice symmetrical shape, I don’t know exactly what though.

BB: How do you feel when you see girls who’ve copied your lion tattoo?

CD: At first, I’m like, “Aw s—, that’s annoying.” It’s a weird feeling. But I guess imitation is the best form of flattery, in a way. But it’s sad because it’s for life and it’s quite important to me. I can’t fault people for getting something beautiful on their body. So in that way it’s cool, but at the same time, I hate it.

BB: Which is your favorite tattoo?

CD: God, each one has such a strong memory with me. I love the diamond because we both have it. And “Don’t worry, be happy” was a big one for me because it’s my largest and I see it the most often. Obviously my lion gets complimented the most, for sure. “Made in England” is also… Oh, I don’t know. I don’t have a favorite. They’re all special.

BB: Have you ever gotten crap from modeling clients?

CD: No. Never. Just from acting jobs, because I have to go in three hours early to have them covered up.

BB: If you could convince Karl Lagerfeld to get a tattoo, what would it be?

CD: His cat, Choupette. Or the Chanel “C” on his butt.

BB: What about Anna Wintour?

CD: I would have her get a phoenix on her vagina.

We are super excited to hear that Cara Delevingne plans to get another tattoo at some point, and that she’s thinking about her legs as the focal point means there are virtually endless possibilities for the design. Stay tuned to be the first to find out about Cara Delevingne’s next tattoo!