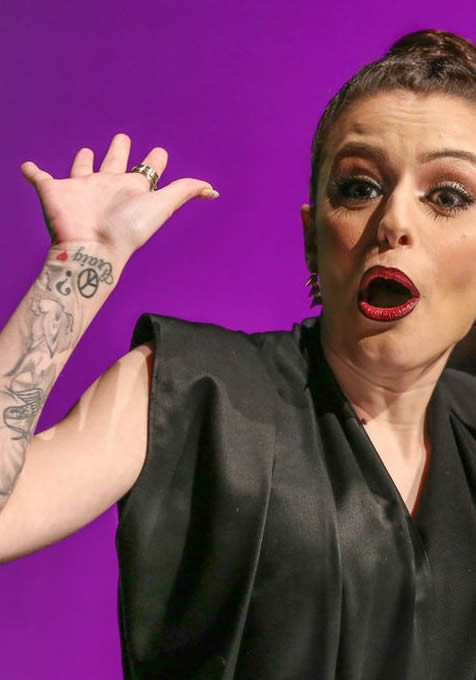 Like most inked-up pop stars out there, Cher Lloyd loves to show off her new tattoos via Instagram, Twitter and other social media platforms, but there are some tats the singer has that she hasn’t made a big deal about online or in public. Two of Cher Lloyd’s most mysterious tattoos are the question mark and peace sign the singer has inked on the inside of her right wrist, both of which now blend in with the butterflies partial sleeve Cher added to her right arm in May 2011.

Both of Cher Lloyd tattoos on her wrist are inked in black, and the peace sign tat is interesting because instead of being inked straight up and down, the universal symbol of peace is tilted on its axis a little bit. Cher’s peace sign tattoo was added to the singer’s collection in March 2011, along with her songbird and bird cage tats, and resembles Lady Gaga’s peace sign tattoo, which is inked on the inside of the pop star’s left wrist and is a tribute to John Lennon. There are plenty of reasons Cher could have opted for a peace sign tat, but it appears as though the ink has something to do with fiance Craig Monk, since he also rocks a peace sign tattoo on his wrist. Perhaps the couple got inked together to commemorate their mutual vision of peace and quality.

Directly adjacent to her peace sign tattoo, Cher Lloyd sports a simple question mark symbol tattooed in black. Cher Lloyd’s question mark tattoo was inked in January 2011 – the same month the singer inked the diamond tattoo on her hand and the Tracy Chapman lyrics on her arm – and the tat has left many Cher Lloyd fans scratching their heads. Cher hasn’t spoken about her wrist tattoo in public, so we’re not entirely sure what the question mark represents, only that it is located right next to her peace sign tattoo and “Craig” tat, both of which are tributes to her loving fiance. Perhaps Cher’s question mark tat also has to do with Craig? Check back with us to learn more about Cher Lloyd’s tattoos!