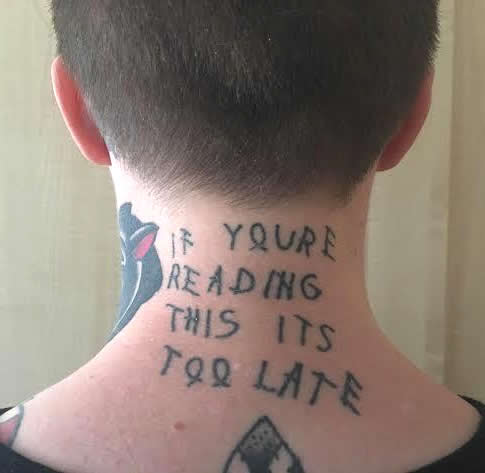 There’s no doubt that Drake has a crazy cult following, and more and more die-hard Drake fans are getting tribute tattoos to the “Hotline Bling” singer, but it’s not often you get a first-hand explanation from the fans themselves as to why exactly they went under the needle in honor of the Toronto-born singer. The following are five fans who opted for permanent tattoos dedicated to the 6 God, and shared with VICE the story behind their Drake obsession.

Richy (above), a 20-year-old Drake fan from the UK, is the one who famously inked Drake’s “If You’re Reading This It’s Too Late” album artwork on the back of his neck. According to Richy, he opted for the Drake tribute tattoo because he “just liked the artwork really,” and “thought the back of the neck would look cool.” 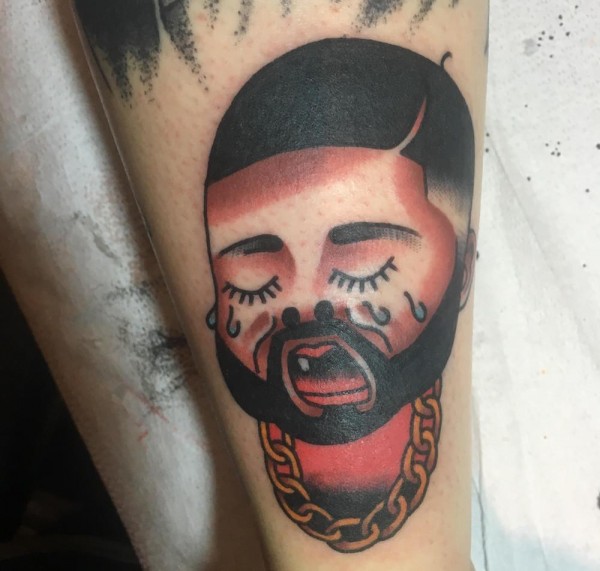 When Taylor, a 25-year-old from Detroit, decided to get a tattoo homage to Drake, he opted for, in his own words, a “cartoonish baby Drake who is crying.” According to Taylor, he considers himself “one of Drake’s biggest fans,” and is “such a huge fan just because I’ve always loved his music, he is such a babe, and I feel like I can relate to him so much, especially on his emotional levels.” 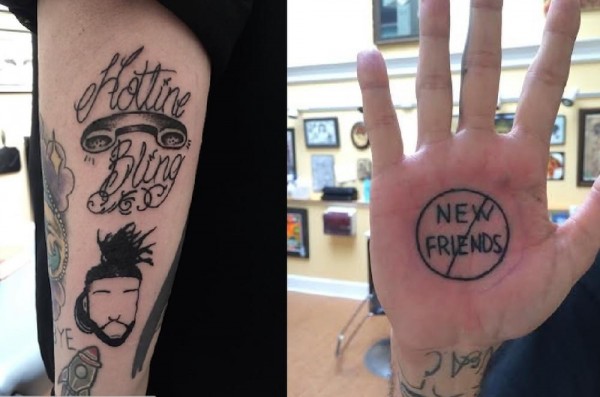 In addition to a portrait tattoo of The Weeknd, 28-year-old Heather Demele of Tampa, Florida, also has a “Hotline Bling” tattoo on her arm and a “No New Friends” tattoo on the palm of her hand. “My best friend and I got the ‘No New Friends’ tattoo in the palm we use to shake hands with because it’s a sign that we don’t really need new friends. We have our own circle. The ‘Hotline Bling’ one because everyone loves when his or her hotline blings.” 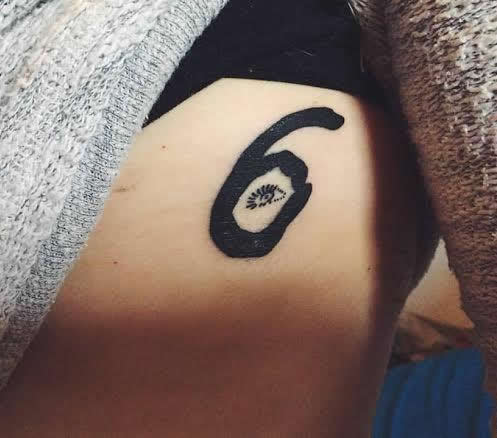 Baltimore native Marisa Quin, 23, got a unique Drake tattoo on her ribcage of the singer’s album artwork for Summer Sixteen, a large black number 6 with an eye inked in the center of it. According to Marisa, she thought the tattoo “would be this intricate ode to his music and the city Views is about, without necessarily knowing it was tied to him if you don’t know much about him.” Apparently, Drake himself was a fan of the tribute tat, because he was one of the first ones to “like” Marisa’s tattoo pic on Instagram. 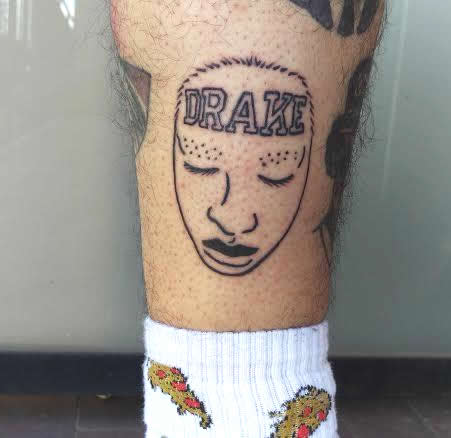 Then there’s Antonio, a 27-year-old from Milan, who decided to get a tattoo on his leg of the woman who famously had “Drake” tattooed across her forehead a few years ago, and probably never lived it down. According to Antonio, who designed the tattoo himself, “I chose that design because it fits my trash style of tattooing and because it’s funny!”