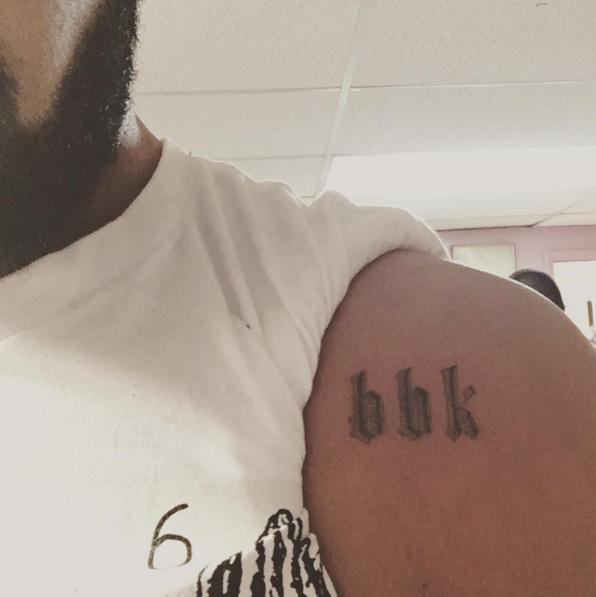 Canadian rapper Drake has paid homage to UK grime music on numerous occasions, but the Canadian singer really showed his dedication to the English genre of Hip Hop this week by getting a tattoo tribute to north London grime group and record label, Boy Better Know, and the leader of the crew, grime legend Skepta, inked on his shoulder. This is just the latest of Drake’s shout-outs to Skepta and the UK music scene, which has obviously had an impact on Drizzy’s music over the years. Drake’s new tattoo is inked on the front part of his left shoulder, and features the acronym “BBK” inked in a black and gray Gothic font.

The group Boy Better Know (BBK) was established in north London in 2005 by brothers Skepta and JME, and the UK grime group also includes Wiley, Jammer, Frisco and others. Back in July, Drake invited Skepta onstage during his Wireless Festival headline set in London, and the Canadian singer also borrowed some of Skepta’s lyrics for his track “Used To,” and gave the UK rapper a shout-out in the credits for If You’re Reading This It’s Too Late. Earlier this year, both Drake and Skepta appeared on Nigerian recording artist Wizkid’s “Ojuelegba” track, which fueled speculation that there may be some more collaboration between BBK and OVO in the future. 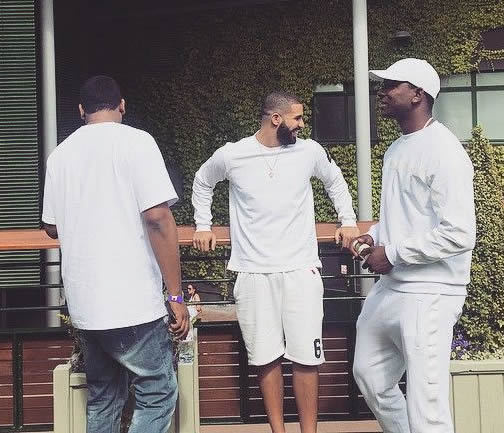 Skepta himself shared an Instagram photo of Drake’s new shoulder tattoo in the early morning hours of October 15, captioning the snap: “More than music. OVO BBK family for Life.” Drake is known for getting tattoos dedicated to the people he cares about most, and the 28-year-old singer already rocks tattoo tributes to his mother, his father, his uncle, his grandmother, late singer Aaliyah and his OVO crew, among others. If you ask us, Drake’s “BBK” tattoo on his shoudler pretty much cements the singer’s ties to Skepta and his Boy Better Know brand, so keep an eye out for more on this potential partnership!