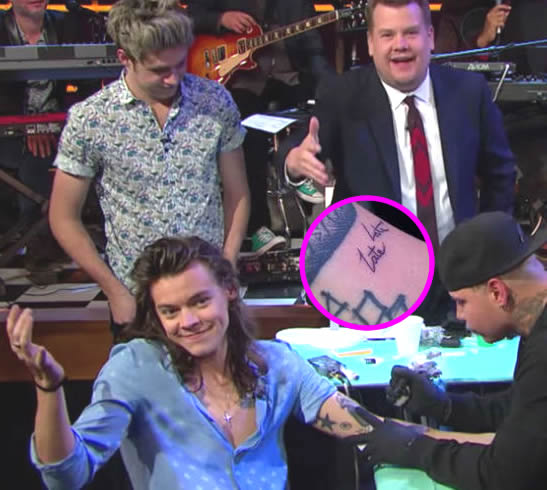 One Direction always makes a splash when they appear on The Late Late Show with James Corden, and this time was no different, resulting in Harry Styles getting a new tattoo on live TV! On December 3, the One Direction boys and James Corden played a high-stakes game called Tattoo Roulette, which involved everyone choosing a box, Deal-or-No-Deal-style and the loser having to get some new ink from an on-set tattoo artist, live on the show. According to the rules of the game, the loser was the person whose box had “tattoo” written on the inside of the lid, while the winners all had the word “safe” written inside the box.
Needless to say, poor Niall Horan was one of the most nervous Tattoo Roulette players, being that he is the only member of One Direction without a tattoo, and he held out his hands prior to the game so James Corden and his bandmates could see how badly they were shaking. Harry Styles, however, when asked how he was doing before choosing the box that would decide his fate, said, “I’m actually fine,” which isn’t surprising being that he already has 60 tattoos and counting. No one was more nervous than James Corden though, who had promised to get a “1D” fan tattoo if he picked the losing box. 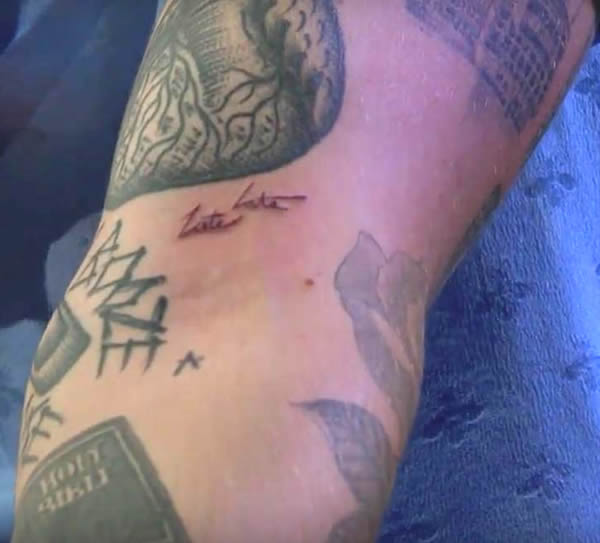 When all was said and done, Harry Styles was the one with the “tattoo” box, and James Corden and Niall Horen couldn’t have been happier…that it wasn’t them going under the needle on live TV. As for the location of his new “Late Late” tattoo, when James asked him what he was thinking, Harry said, “I feel like impulse is the way to go, so I’m going to go just in there,” pointing to his already partially full left sleeve. So, that’s how Harry Styles ended up getting a small black “Late Late” tattoo designed after the talk show’s logo on his left arm, just below his anatomically-correct heart tat. One Direction certainly knows how to keep things interesting!