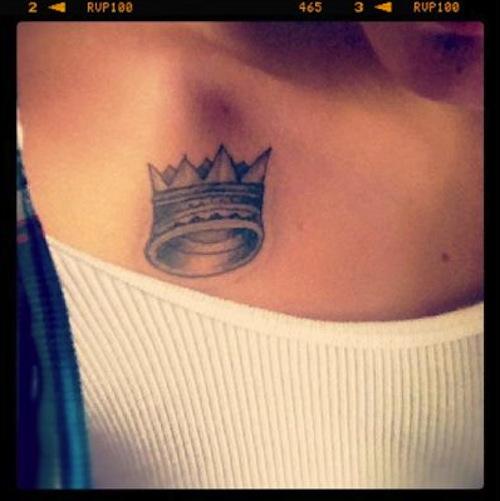 It seems like Justin Bieber has been on tattoo bender lately!  What’s this, 3 tattoos in 2 months?  Pretty soon Justin is going to catch up with tatted-up dad, Jeremy Bieber.  This latest of his small tattoos is a little crown inked on his chest in black and white, like all of his other ink.  Not much has been said about this new tattoo, but we have our theories about its menaing.

This latest addition to the body art of Justin Bieber is a small black & white crown on the left side of his chest, directly over his collarbone.  The crown resembles a crown of nobility, like a king’s crown or the crown of a prince.  Could Justin be saying that he is the new “king of pop”, a title long-time owned by the late Michael Jackson?  Could this be a “king of the world” reference?  Maybe…, but we doubt it

Our best guess as to the meaning behind Justin’s new tattoo is that is is religion-motivated.  The Biebs already has three religious tattoos, the Hebrew tattoo on his side, the Jesus tattoo on his leg, and the praying hands tattoo on the same leg.  We all know that Justin loves him some Jesus, so this latest tat might be another reference to JC, the “King of the Jews.”  In the New Testament, Jesus is described as the King of the Jews in the beginning and end of his life, a title that would ultimately lead to his crucifixion.  So is this tattoo yet another tribute to the bog man upstairs JC?  Let us know Justin!

Some Other Possible Meanings 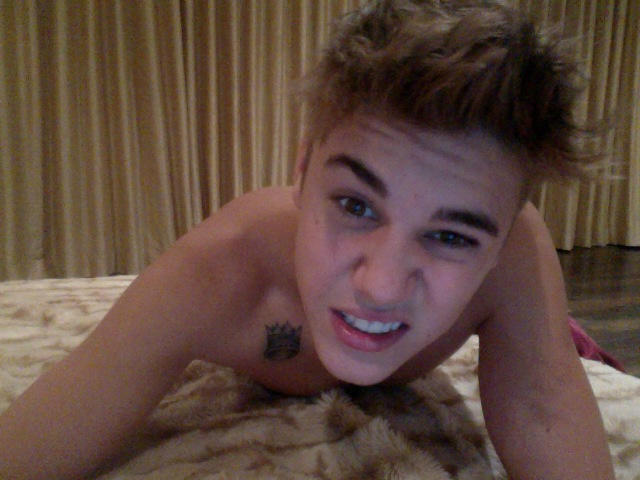 The crown tat on the chest of Justin Bieber could have other meanings besides another shout out to JC.  It may be a vanity-driven tribute to his success, claiming to be the new “king of pop” replacing the late and dear Michael Jackson.  The crown could also simply reflect a feeling of being “king of the world” as his new album “Believe” flies off the shelf and hogging up airtime all over the world.  Hot new album, super hot & famous girlfriend, happy family, and vast riches.  With all of these things going for him, bet he does feel like hes on top, looking down at all his happy Bliebers.